In 2019, Angola Hosts “World Tourism Forum” With The Presence Of Global Authorities 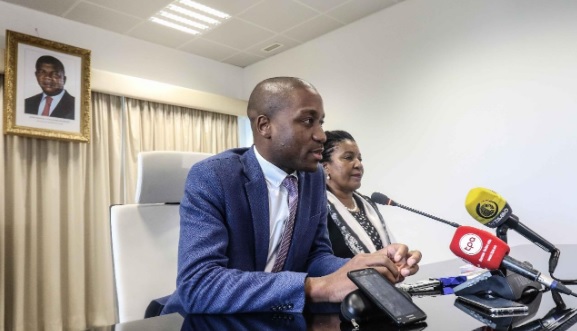 The Angolan Tourism Minister, Ângela Bragança, highlighted in a press conference the importance of getting closer to the national press in order to make the journalists work closer to her Ministry, to help in the promotion and dissemination of the tourism in Angola.

The minister spoke to the press beside the representative of the Forum during the presentation of the World Tourism Forum Angola, to be held in Luanda from the 23rd to 25th of May, 2019.

The objective of the organizers, such as the Angolan executive is that the “World Tourism Forum” be able to gather relevant entities of the sector and all those forces that directly or indirectly contribute to the leverage of internal tourism.

The objective of the organizers, such as the Angolan executive is that the “World Tourism Forum” be able to gather relevant entities of the sector and all those forces that directly or indirectly contribute to the leverage of internal tourism.

“It’s not just a forum, it’s a door that opens the way for attracting investments to the country through tourism. However, we are all called to give our best and become ambassadors”, she said.

Under the auspices of Angolan President João Lourenço, who will also be one of the speakers at the event, the conference will take place in Luanda, the capital of Angola. The first edition held in Africa took place in Ghana in 2017.

“Tourism in Africa”, “Digital tourism”, “The role of governments in tourism travel”, “Why invest in Angola?”, “The role of influential people in travel tourism” and “Stories of success “are some of the topics that will be discussed during the Forum. Approximately 1,500 businessmen will attend the conference.

The “World Tourism Forum Angola 2019” will address tourism discoveries, which will be discussed at an international level. Thus, the vision of world tourism will be shared with the professionals of each country and contribute to their economy.

The speakers on this edition includes the former President of France, François Hollande, the former German Prime Minister Sigmar Gabriel, Jack Straw (British chief of staff in management Tony Blair) and several other authorities from around the world.
Founded in 2015, the “World Tourism Forum” brings professionals who run the tourism industry with the international summits, and every year intends to build bridges between the various countries in the world, in the context of global and regional meetings held once a year.

So far, three global meetings have been held in Istanbul and regional meetings in Antalya, Russia, and Africa.

Editor’s note: As we look at our global readers from here in Harlem to Harare we are looking to connect globally to world tourism.