If You Build It, The Yankees Will Come, Yankees Play 2020 Game On Iowa’s ‘Field Of Dreams’ 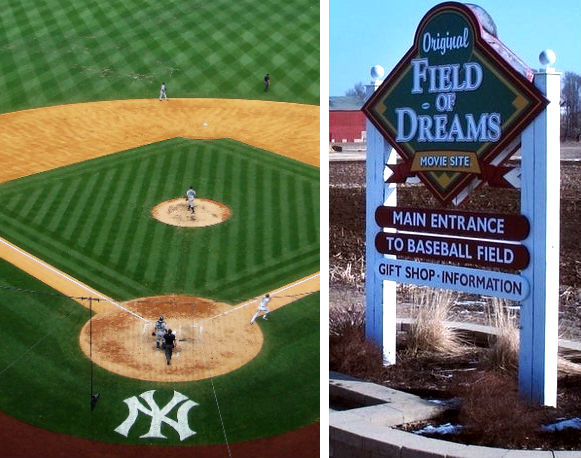 The New York Yankees play in front of some of the biggest crowds in baseball and the team’s Bronx stadium cost more than $2 billion to build, but for one game next season they will forgo the usual glamour to play a game in an Iowa cornfield.

On August 13, 2020 the Yankees will play the Chicago White Sox on a makeshift field made on the original Iowa film site of the classic 1989 baseball film “Field of Dreams.” The Yankees announced the news Thursday on social media by splicing images of its young stars Gleyber Torres and Aaron Judge into scenes and posters of the Kevin Costner movie.

Work has to be done to prepare the Iowa location —which has become a popular tourist location for baseball fans across the nation — for the regular-season game. Major League Baseball will begin construction soon on a temporary, 8,000-seat ballpark at the site, according to Sports Illustrated.

The Yankees’ opponents in the game, the Chicago White Sox, have a closer connection to the film. Ghosts of players on the 1919 White Sox banned for fixing that year’s World Series appear in the film after the farmer played by Kevin Costner carves a ballpark into his cornfield.

The contest between the Yankees and White sox will be the first-ever Major League Baseball game played at the Dyersville, Iowa site, which has become a tourist attraction due to the popularity of “Field of Dreams.”