“I Want To Be In Harlem,” Nick Cannon Says About Where To Film His Talk Show 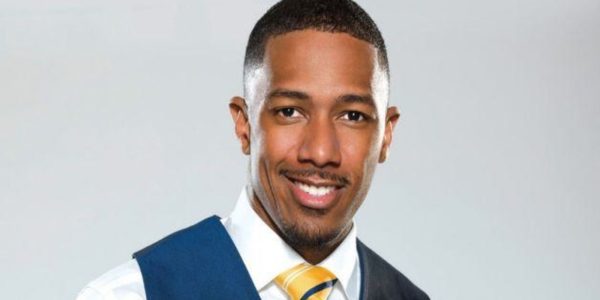 Multi-media mogul Nick Cannon‘s talk show is set to debut this September from distributor Debmar-Mercury. Featured on the cover of the latest issue of Variety, the rapper-actor-comedian-host-activist-executive made a point of requesting that his chatfest be filmed in Harlem, New York.

In February, Cannon sat down with execs to discuss where he’d film the show, also produced by his NCredible Entertainment.

‘Harlem feels so right,’ Cannon told the roomful of executives that included Debmar-Mercury co-presidents Mort Marcus and Ira Bernstein, who sat at opposite ends of a long rectangular table. Cannon pressed the executives to commit to having ‘Nick Cannon’ originate from the studio that was once home to BET’s long-running hip-hop variety show ‘106 & Park.’

An executive then claimed it “that it would be hard to find enough office space at that location to house the dozens of staffers needed to produce a daily one-hour talk show.” Another suggested that “that it could be a challenge to get some celebrity guests to head to Harlem while they’re trying to run the circuit of media stops in midtown.”

Put a big picture of me out there — they’ll come.

After explaining the many ways he envisioned monetizing the show, Cannon simply finished by saying:

Sounds like you gotta get to work. I want to be in Harlem.

For more than a century, Harlem has been the home of some of the greatest Black entertainers, writers, and musicians in the world. Cannon has long been a supporter of the arts and Black life in Harlem. He also appeared many times on BET’s mega-popular music countdown show, the aforementioned 106 & Park.

Cannon reflected on his own experience as a Black man in the entertainment industry, explaining:

It’s a hindrance being a man of color as much as it is being talent. There’s a perception of how talent should be treated [by employers] — the secrets you have to keep from them and how you have to handle them with kid gloves. That’s not how I operate. You don’t have to put gloves on with me. Give it to me straight.

A recent graduate of Howard University (he got his degree in criminology), Cannon is using his considerable intellect and resources to advocate for Black lives and enact prison reforms. He shared:

This is a transition period for me. This feels like my first opportunity to step into manhood.