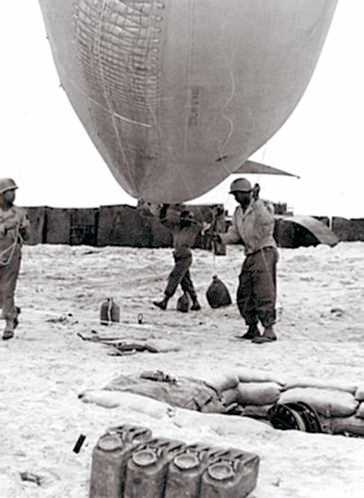 When actor Tom Hanks was asked why there were no black soldiers shown in the movie Saving Private Ryan, he replied “…that there had been none in the area.” He was mistaken.

Forgotten by Linda Hervieux is the riveting story of an all-black battalion’s heroism at D-Day—partly military history, and partly a portrait of the tension between race relations in the Jim Crow South and national service in wartime America.

They saw combat in France at Saint-Lô, the Battle of the Bulge during the siege of Bastogne, and the Rhine River Crossing. Bill Pinkney (1925–2007), the last original member of the vocal group the Drifters served as a member of the 320th.

“Hard to believe this story hasn’t been written before. Linda Hervieux’s Forgotten is essential, fiercely dramatic, and ultimately inspiring. All Americans should read this World War II history, which doubles as a civil rights primer, to learn the true cost of freedom.” — Douglas Brinkley

Forgotten is based on uncovered records and dozens of original interviews with members of the 320th Barrage Balloon Battalion and their families, this story pays tribute to the valor of an all-black battalion whose crucial contributions at D-Day who’s story now will go unforgotten.