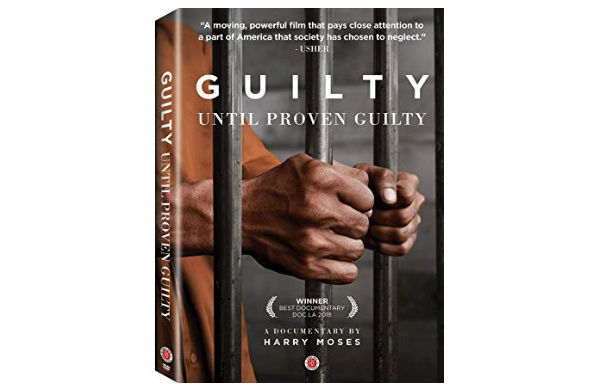 Guilty Until Proven Guilty explores Louisiana’s criminal justice system through the story of Tim Conerly, a young African-American man who was arrested in the wake of an armed robbery in New Orleans and waited 28 months for a trial for a crime he says he did not commit.

The film is a winner of the Doc LA 2018 for Best Documentary and Best Composer by Terrance Blanchard.

“Criminal justice reform has long been an issue in the civil rights movement and ‘Guilty Until Proven Guilty‘ shows why. By telling the shocking story of an African American inmate forced to choose between serving five years for a crime he did not commit, or risking 198 years in prison if he loses at trial, the documentary exposes the inequities faced every day by poor black citizens charged with crimes. The film should be seen by everyone…it deserves the widest possible audience.”

After more than two years in the Orleans Parish Jail, Conerly must choose between accepting a plea bargain of seven years or risking a sentence of 49½  to 198 years if he is convicted at trial. It’s a choice that no human being should have to make…and one that someone with more resources could almost certainly avoid having to make.