In 1977, efforts began to raise public awareness about the merits of what Black and other Minority Americans have contributed to the defense of our nation. In 1978, the National Minority Military Museum Foundation was chartered in Oakland, California. We have held steady to the course for four decades. Our primary objective was to establish a National Museum of Minority Military History. We pursued the advocacy for a museum up until 2003 when then President George W. Bush signed legislation to establish the National African American History and Culture Museum.  Black Military History was captured within the broader scope of the legislated institution.  Recognizing the legislation absorbed the primary focus of our project, we relinquished the museum objective. We have focused our energies on advocating for the honorary promotion of the legendary Colonel Charles Young and seeking the Congressional Medal of Honor for Seaman Dorie Miller.

Our military history is the cornerstone of Black Americans claim for civil and equal rights. The history spans over two and a half centuries representing our service in all the branches of the Armed Forces. The newly established National African American History and Culture Museum have clearly demonstrated indifference in recognizing the importance of the subject.  We draw our conclusion based on the disparity in the space allotted for the subject. The history is too extensive to fit into a meager three thousand square feet gallery without the presentation being marginalized. Following our visit in February, it is now understandable why the Museum did not want the maquette of Colonel Charles Young that we offered for display. His history has been marginalized in the presentation. The few mentions of the legendary Soldier fall short of the recognition due. What is equally important is how we choose to address the disparity in the presentation.We could step back and say we have been defeated. The museum is built and there is nothing more to be said. Well, the United States Army is building a National Army Museum. I am sure they are watching how we respond to this situation. They will view it as a primary indication of how serious we are about how our story is told. Some say, it may not be right but it’s something for those that know nothing about the subject. We disagree with that point of view. The truth is important. We should never quit talking about what is right. Our motto is, “We may not get our way, but we will have our say.” We will continue to speak up about our history, Colonel Charles Young and Seaman Dorie Miller. We will bring the subject to the forefront whenever the opportunity is availed.

We were represented on the Preliminary Planning Team for the National Museum. Beyond the ceremonial inclusion, we were not included. Our opinions were not sought and inquiries were ignored. Response was only forthcoming upon us reaching out directly to the Secretary of the Smithsonian Institute, whom at the time was G. Wayne Clough.  We subsequently received correspondence telling us that General Colin Powell was on their committee, and they were hanging an airplane from the ceiling to acknowledge Black Military History (which they did) and thanked us for our interest.

Some could argue the Trainer plane they hung was the wrong aircraft to symbolize the Tuskegee Airmen and their accomplishments. The Fighter Group flew over two hundred escort missions without losing a single bomber to enemy aircraft. They did not accomplish that feat flying the airplane of the type hanging from the ceiling in the facility. It should have been a P-51 Mustang, the aircraft that carried the 332nd Fighter Group into history as the “Red Tails”. I wonder if they tried to find a uniform for General Benjamin O. Davis, Jr, the commanding officer of the Fighter Group. The history of the Tuskegee Airmen can be told around the histories of Chief C. Alfred Anderson, General Benjamin O. Davis Jr, the first Black General in the United States Air Forces and General Daniel “Chappie” James, the first Black 4 Star General in the United States Air Forces. However, the history of the Tuskegee Airmen is not the total sum of Black involvement in defense of this nation. Traditionally museum gallery sizes reflect the degree of interest institutions place on particular subjects and the availability of artifacts to support the storyline. In an institution of over 350,000 square feet, the 3,000 square feet designated for the Military History demonstrates the lack of importance the institution place on the subject. I am sure some storage areas in the facility equal that footage. For example, some galleries in the new National Museum are twice to three times the size of the Military History Gallery. The fact makes the glossary presentation an insult to the memory of the Black servicemen and servicewomen who have served past and present. It is an added insult to the families of Black G.I’s who lost their lives in the service of the nation from the Revolutionary War to the War in Afghanistan. The disparity marginalizes the merits of their service, contributions and history providing few answers to the question, “Why” they served. In light of past history, one would think our National Museum would provide a presentation that exemplifies the “Why” as well as the “What” factor in our history for the benefit of the world and future generations. Yes, I said our Museum. It was paid for in-part by our tax dollars. However, that is a story for another day.

In light of our criticisms it is important that we offer some suggestions of solution:

(1) The National Museum could provide additional space for Military History. The suggestion is easier said than done. To give more space to one subject means you must take space from another. The existing gallery spaces are bought and paid for by other interest groups and donors. Which we suspect is the reason we have ended up with a facility that is unbalanced in how gallery sizes were determined; (2) they can continue ignoring the subject. They could assume most people who visit the Museum probably have little if any knowledge about the subject beyond having a relative or friend who once served. Borrowing an old saying, “A one eyed man is the leader in the village of the blind.” The Museum is the one eyed man and the public is the blind; (3) on a positive note, they could consider making the Military History Gallery a home for rotating temporary exhibits.  When the exhibits are changed they could be sent out as traveling presentations. It could be a means of educating the public about the history. Plus, it would be good for the museum in attracting repeat visitation with the Gallery rotations; And, (4) they could also acknowledge Military History needs a venue dedicated to itself. And join us in calling for a National Minority Military Museum. Ultimately, the traveling exhibits would need a permanent home.

We waited for thirteen years to see how the institution would address the subject. We found the building magnificent however the Military History Gallery was not impressive. Too much was missing in content. Plus, obtaining tickets to access the facility left much to be desired. We are pleased to announce that the Museum took a positive step in remedy of the ticket problem. They recently changed the admission policy as it relates to Veterans. With military ID or DD214 to verify status, Military Personnel and Veterans are allowed admittance with one guess without making per-arrangements for tickets. While we disagree with the vagueness of their presentation we do appreciate that gesture of respect.  We encourage Veterans to visit the facility and look for your service history. If enough of us express our lack of satisfaction with the vagueness of the presentation, maybe they will take the initiative to revisit how the subject is being presented. They ask that we are considerate of the high-visitation on the following dates: Admission restriction does apply to room capacity.

We are planning to revisit the Museum in September 20th thru 24th, the week of the Congressional Black Caucus Annual Legislative Conference in Washington. We would welcome Veterans marking their calendars to join us in DC for the occasion.  Working through our Coalition partners in Washington, we plan to invite the United States Army Museum Command to meet in forum with Black Veterans to discuss their plans for the inclusion of our history in the coming United States Army National Museum. We are attempting to coordinate the museum visit and forum whereas it does not conflict with the Congressional Black Caucus Veterans Brain Trust who traditionally hosts events and an Awards Banquet during the four days of festivities.  We have requested their schedule of events for Veterans.

In a recent conference call among members of the Coalition, we agreed to explore public interest in support to establish a National Minority Military History Museum. There was a long held belief that national status for museums is reserved for Institutions located in Washington, DC.  In 2003, the same year legislation was signed authorizing the National African American Museum in Washington, DC, Congress designated the former D Day Museum in New Orleans as the National World War II Museum.  It is reported in 2013, the United States Department of Defense made a twenty million dollar grant to the museum with Congressional approval. The museum is associated with the Smithsonian Institute. We would like to use that precedence in seeking a facility to serve exclusively for our Military History with the option of the facility being located outside the District of Columbia. If there can be an Official National Museum in New Orleans then why not a National Black/Minority Military History Museum to serve as an appendage of the newly established National African American History and Culture Museum somewhere in the United States?

In closing we are reaching out on GO FUND ME pages seeking public support. These are a few things we need to do for ourselves. See the following links: 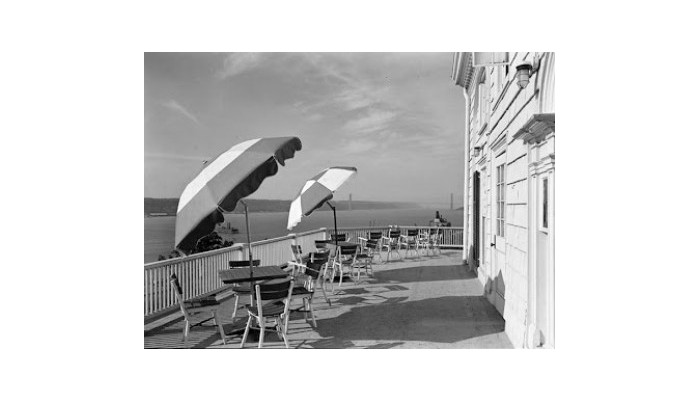 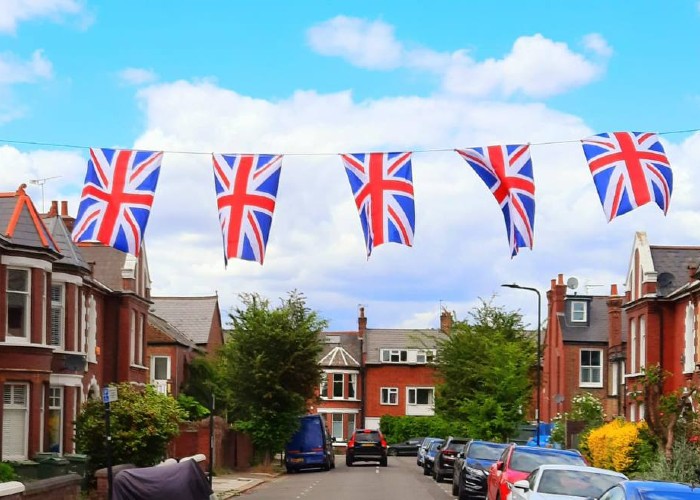 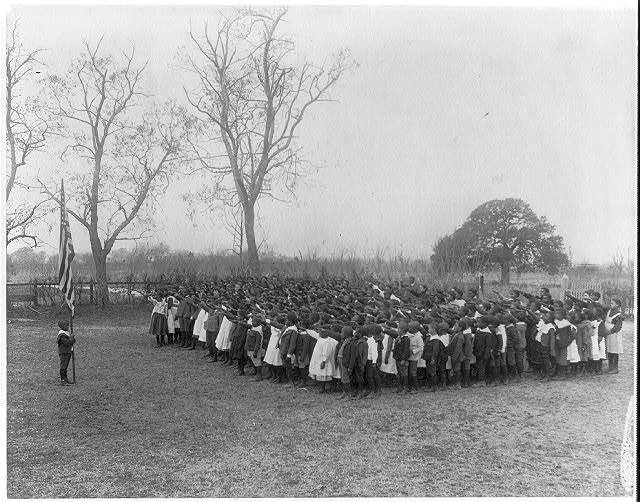