How To Get Rid Of Dead And Aged Skin 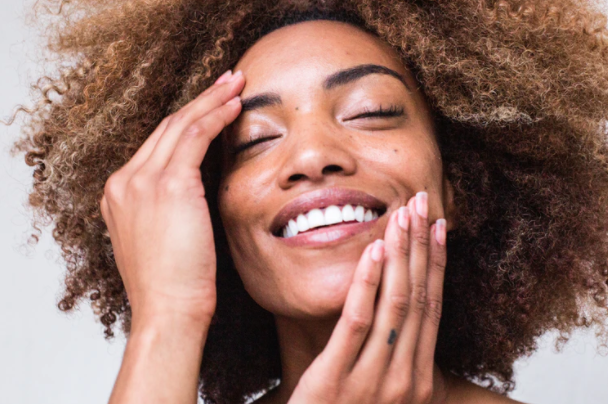 When it comes to skincare, many aspects of it must be considered before you go on to make a perfect skincare routine. This process is often followed by trial and error, and if you are just starting to get into skincare, you might find yourself lost in the sea of information. So, to have a good skincare routine, research and understanding is the key. And that is why, in this article, we are going to explain the importance of removing dead and aged skin, as well as different ways to do so.

The Importance of Exfoliation

First of all, why does the accumulation of dead skin cells even happen? Well, let’s start with the basics – our skin undergoes a natural turnover cycle about every 30 days, which is followed by new skin cells from your dermis appearing on the upper layer of your skin, epidermis. Even though this is a natural cycle, sometimes, dead skin cells just don’t shed fully. This accumulation leads to flaky skin and dry patches, as well as to clogged pores. The process in which you manually remove dead skin cells is called exfoliation.

This process is pretty much self-explanatory, although, it doesn’t mean that you can just roughly rub your skin and call it exfoliation. If you do this, the probability is high that you will just damage your skin, especially if you have a sensitive skin type.

There are plenty of powders that are made of fine hydrophobic particles that can absorb both oil and dead skin cells. The way that you use exfoliating powders is the following: you are going to mix the exfoliating powder with water until it turns into a thick paste. After that, rub it on your skin, and then wash off. It should be noted that, because they absorb oil, this type of exfoliation isn’t for every skin type.

While it’s not considered exactly exfoliation, microneedling has an exfoliating effect, but it’s more effective against aging skin. Microneedling is a procedure that is performed by using a pen-shaped device that is equipped with tiny, tiny needles. We know, it sounds kinda scary if you have just heard about it for the first time, but it really is minimally invasive and the needles barely go through your skin, so – it doesn’t hurt.

The way it works is that needles generate tiny holes, which further cause your skin to generate collagen in the treated area. Collagen is the protein responsible for the elasticity of your skin, and that’s why microneedling helps the skin battle aging. Not only that, but the benefits of microneedling are also seen with acne scarring, pigmentation, and similar problems. So, overall microneedling will exfoliate your skin, as well as help scarring and aging of the skin.

Even though it sounds harsh, this is the gentlest method when it comes to exfoliation. It should be noted that different skin types require different active substances and to be helpful, so – be sure to do your research first!

The way that alpha hydroxy acids work is that they dissolve dead skin cells on the surface of your skin, basically collecting them along the way. The most common alpha hydroxy acids are glycolic acid, citric acid, malic acid, and lactic acid. It should be mentioned that they work best for dry to normal skin types, so try and particularly avoid alpha-hydroxy acids based products if you have oily sensitive skin.

Enzyme exfoliation is a certain type of chemical exfoliation that breaks down the bonds between the dead skin cells on the upper layer of your skin. If you have sensitive skin, enzyme exfoliation is your best option since it is way more gentle than alpha and beta hydroxy acids based exfoliants. The active ingredients responsible for exfoliation are in most cases plant-based proteins like papain, papaya, and pineapple enzymes. This kind of exfoliation is going to help you greatly if you happen to be experiencing breakouts, hyperpigmentation, clogged pores, and similar problems.

As we have mentioned in the beginning, the road to good skincare is quite often paved with trial and error. But, don’t worry – you will get there. Be sure to always seek more knowledge on the topic, talk to the experts, do your research, and you will surely find the products and techniques that work best for your skin. Good luck!