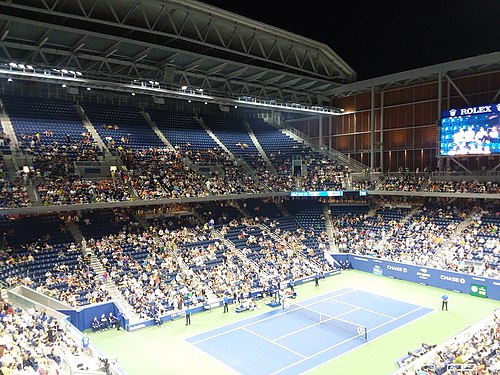 New York is widely recognized as one of the most passionate sports cities in America. Even if the city hasn’t been on top in the major sports lately the way it has been in the past, the enthusiasm never seems to wane. The NBA’s New York Knicks are perhaps the best evidence of this. They have arguably been one of the worst-run franchises in the league over the past two decades, to the immense frustration of fans, analysts, and of course radio hosts all over New York. Yet the last few seasons have shown the Knicks among the league leaders in attendance; if there’s basketball being played at Madison Square Garden, in other words, New Yorkers are showing up for it.

It may not be something we see from one year to the next, but it stands to reason that this passion should and will be met with innovation. While New York certainly values tradition, the city is constantly changing, and it’s only natural that some of this change will collide with the sports world as well, over time. Taking this into account, we gave some thought to how the sports scene in the city could change in the near future.

The clearest way in which a city’s sports scene can change is by the addition of new, modern stadiums. New York in fact already has one of the newest and most impressive stadiums of any kind, with the updated Louis Armstrong Stadium at the Billie Jean King National Tennis Center being only one year into its existence. And there’s another new stadium in the works as well, with an announcement on a permanent home for the NYCFC soccer team expected to come this year. Add these to the relatively new Yankee Stadium, the state-of-the-art Barclays Center, and a Madison Square Garden that – one day before too long – will likely be getting a significant facelift. All of a sudden, New York may soon begin to look like one of the most modern sports cities in the country purely from stadium design and engineering standpoint.

In case you haven’t heard, the New York City transit systems have become something of a running joke – first in city politics, but now even nationally. It seems that just about every news persona or political pundit with the slightest bit of experience living or traveling in the city works in dry comments about the subway system whenever possible. This likely impacts the sports scene in ways we aren’t even fully aware of. As often as not, trains are unreliable, stops are inconvenient, and crowds are held up, such that actually getting to sporting events around the city is a hassle. Some will skip it, some will be late to games, and some will simply enjoy the total experience less. Thus, it stands to reason that if and when the transit systems are upgraded in the near future (we can dream, right?), the sports scene will improve because of it.

This is less to do with a pure upgrade of the sports scene, and more to do with change that is almost inevitably heading New York’s way. Putting things simply, New Jersey has developed online sportsbooks, with gambling made legal in the Garden State, and it seems like a matter of time before New York joins the club. Legislation making betting legal is passing through the U.S., with many traditionally liberal northeastern states leading the way, and between this and the close proximity of the New Jersey example, it seems only reasonable to predict a vibrant New York sports betting scene within five or 10 years. It may not affect all of us, but it will likely change the way in which tens of thousands of fans interact with sports.

If the last decade of professional sports has taught us one thing about the biggest markets, it’s that they don’t quite have the pull they used to when it comes to national attention. Small market teams have found a lot more success, from the Milwaukee Bucks crashing the Eastern Conference Finals in the current NBA playoffs, to the Carolina Hurricanes doing the same in the NHL. This has been going on for years, and has proven to some extent that professional leagues can thrive even when big-name New York and Los Angeles teams aren’t leading the way (though the leagues still depend on a great deal of revenue from these larger markets). This is more of a vague idea and may be less likely than the other changes discussed here, but it could be that because of this changing landscape we’ll start to see New York teams do more local and less national outreach. In other words, there could be more of an effort to drum up enthusiasm in the city, and in specific boroughs, than across the country.

New York has had experimental sports bars before, but at this point it’s safe to say something new is needed. While there may always be a place for dingy bars with team-specific fan bases and people who just want to have a beer and watch a game, it could well be that larger sports bars will be updated to suit the modern era. A project out of Atlanta gives us some idea as to what this might look like. Basically, a company called Jeffrey Beers International was enlisted to modernize the experience and responded with designs for a massive venue focused on space, entertainment, and sports in a way that looks and feels distinctly appropriate for the current age of sports fandom. So, as a final point, we’ll say we wouldn’t be surprised to see similar establishments ultimately take over the New York sports viewership scene.