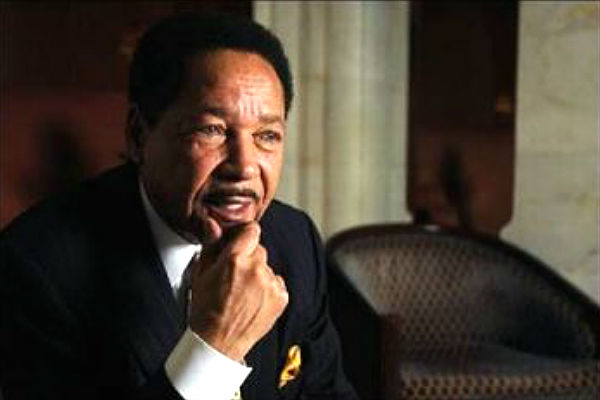 Don Barden is one of the most important names in the history of Las Vegas, but few people know who he was, even to this day.

Born in Michigan in 1943, Barden was the brains behind The Majestic Star Casino, which at the time made him the very first African American casino owner in Sin City.

As a result, the Don H. Barden story should be used as a huge inspiration for any African-American trying to start an iGaming business in the newly regulated industry monopolized industry stalwarts.

This is his story.

From humble beginnings to a casino giant

Barden did not have a particularly promising start in life, but he was bright enough to attend Ohio’s Central State University with his entrepreneurial ability on show from an early age.

Studying did not suit Barden, though, and he dropped out of university after a single year for financial reasons, opting instead to work in a series of jobs such as plumbing and saved up as much cash as possible.

Once he had a few hundred dollars saved up, Barden spotted a gap in the market. The music scene was taking off in the 1960s, so Barden snapped up a small record shop in Ohio. Barden quickly became known around the town of Lorain, booking bands for shows and starting his very own record label, as well as other companies such as a public relations business.

Real estate would be Barden’s next move – an area where he could make a lot more money. His plan involved buying buildings and then opting to lease them to the government, which was fruitful. The burgeoning cable television market was another where Barden found a chance to make a significant amount of money. But Barden still wanted more.

His aim was to open up a casino in his hometown of Detroit, but acquiring the license required to do so proved challenging. Barden, however, was smart and he instead opted to run a riverboat casino in the Indiana town of Gary. Barden happily operated that casino for a number of years but, as was the case throughout his life, he had his eyes on a bigger prize. Las Vegas.

First, though, Barden continued to push to be allowed to run a casino in Detroit. He even enlisted the likes of Michael Jackson and Stevie Wonder to support his campaign, with Barden’s proposal including creating a theme park based around Jackson’s hit album Thriller.

Detroit rejected his plan, though, so Barden set his sights on Vegas instead.

Barden stayed in Gary for a few years but in 2002 he spotted an opportunity to make his dream move. Three Fitzgerald’s casinos that were struggling to stay afloat were snapped up by the entrepreneur, with the facilities located in Vegas, as well as in Tunica, Mississippi and Black Hawk, Colorado. Barden put in millions of dollars of his own cash to help fund the deal.

That made Barden the first black man to run a Vegas casino, breaking new ground. Soon, the vast majority of Barden’s money was coming from his casino empire and he was employing thousands of people. Barden had bigger and bigger plans, with the entrepreneur hoping to create a new luxury hotel and casino complex on the Turks and Caicos Islands.

But the next few years were not kind to Barden’s businesses. Slowly but surely, his casinos lost profitability and he experienced financial problems as a result. This led to Majestic Star – the holding company for Barden’s casinos – having to file for bankruptcy in 2009, with factors such as a smoking ban blamed for their issues.

Barden was also arguably slow to spot the increase in the popularity of online casinos, which were attracting more people at this time. Bricks and mortar casinos such as the one run by Barden in Vegas therefore saw a downturn in the number of people who were visiting Sin City.

Bankruptcy effectively signaled the end of Barden’s business career and, sadly, he passed away just a couple of years later, dying of lung cancer back in Detroit, Michigan.

Barden’s legacy lives on, however, and he will always be in the history books as the first ever African-American to own a casino in Vegas.