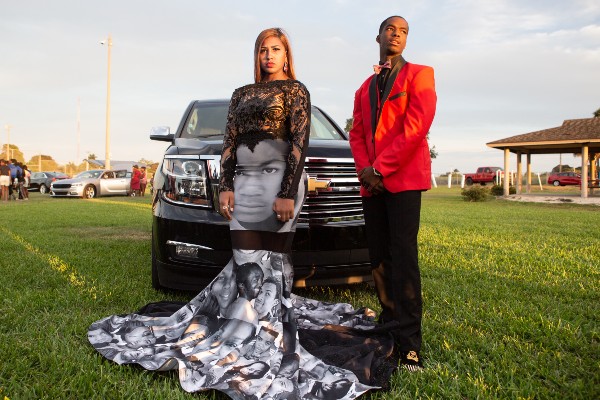 On Tuesday, February 16, 2021, WORLD Channel transports audiences to the Florida Everglades with Pahokee from filmmakers Ivete Lucas and Patrick Bresnan.

The feature-length documentary follows the daily lives of four students at Pahokee Middle-Senior High School as they take part in the rites of passage of the senior year.

In the tightly knit community struggling with financial insecurity, everyone is involved, the teachers, the coaches, the churches, and the families, in getting these seniors to graduation day and into college.

As economic, academic, familial, athletic pressures, and more weigh on their shoulders, each student balances the joys and struggles of their final year of high school and makes plans for their lives to start outside of Pahokee: Na’Kerria Nelson balances academics and cheerleading with college dreams and high school pageant competition; Jocabed Martinez juggles work and the need for academic success to make the sacrifices of her immigrant parents worth it; BJ Crawford takes on the pressure of the football-loving community each game night; and Junior Walker aims to finish high school and make a better life for himself and his one-year-old daughter.

An intimate, poetic and honest portrait of a part of America often misrepresented, or forgotten altogether, Pahokee, tells the story of four young Americans trying to make themselves and their community proud.

Watch a trailer for Pahokee here

As part of America ReFramed, the series which presents independent documentaries showcasing the ever-evolving contours of life in the United States, the film will be available for broadcast viewing on WORLD and will also stream on worldchannel.org, amdoc.org (the online home of American Documentary Inc.), on all station branded PBS platforms including PBS.org.

Its original work has won a Peabody Award, an Alfred I. DuPont-Columbia Award, a National News and Documentary Emmy Award, and many others honoring the diversity of content and makers.

WORLD is carried by 176 member stations in markets representing over 70% of US TV households.

Funding for WORLD Channel is provided by the Corporation for Public Broadcasting, the John D. and Catherine T. MacArthur Foundation, Wyncote Foundation, and the National Endowment for the Arts and Artworks.

WORLD is produced by GBH in partnership with WNET and is distributed by American Public Television (APT).

Find out more at WORLDChannel.org.