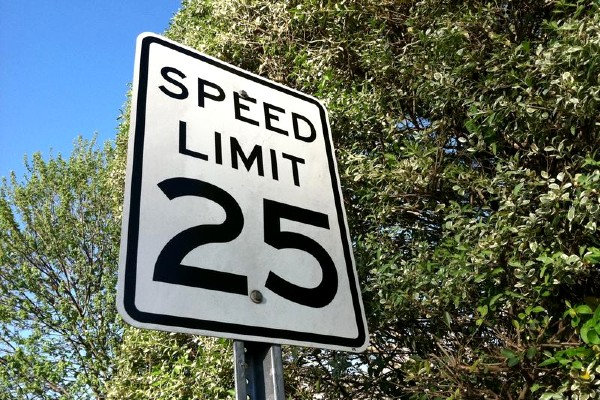 Sammy’s Law would allow New York City to lower speed limits to 20 mph citywide and as low as 5 mph on streets with traffic calming measures like those participating in NYC’s Open Streets program.

“Sammy’s Law” is named after Samuel Cohen Eckstein, a 12-year-old who was killed by a driver on Prospect Park West in 2013.

State Senator Brad Hoylman said: “Lower speed limits save lives. Sammy’s Law is a monumental piece of legislation that will make our streets safer for decades to come. As New York City is in the midst of a crisis of vehicular violence, it makes absolutely no sense that Albany has control over the City’s speed limits. I’m grateful that Senate Majority Leader Andrea Stewart-Cousins and Senate Transportation Committee Chair Tim Kennedy prioritize measures to make our streets safer, including Sammy’s Law. I’d also like to thank Amy Cohen, Sammy’s mother, for her years of activism that made today’s passage possible. I’ll continue to work with Assembly Member Richard Gottfried to ensure that this important legislation is signed into law.”

Amy Cohen, the co-founder of Families for Safe Streets and mother of Sammy Cohen Eckstein, who was killed by a reckless driver in Brooklyn in 2013, said: “We thank Senator Hoylman, Chair Kennedy, and Majority Leader Stewart-Cousins for taking a step toward safer streets and giving New York City the authority to set lower speed limits by passing Sammy’s Law. A super-majority of New York City voters support this measure. It is backed by DC37 and AARP NY. No other family should face the pain of losing a loved one to traffic violence. Sammy’s Law will save lives, and we need Speaker Heastie and Chair Magnarelli to advance this bill in the Assembly before the session ends tonight.”

As of May 31, 2021, There were 99 traffic-related fatalities reported across New York City. That is the highest number of street fatalities in any five-month period since 2013 and the launch of Vision Zero the subsequent year.

This comes on the heels of 2020, a year when more than 240 New Yorkers lost their lives because of car accidents.

Lower speed limits in New York City, authorized by the State Legislature in 2014, contributed to a 36 percent decline in pedestrian fatalities at priority locations in the City.

This is despite findings that an estimated 30% of pedestrians struck by motor vehicles at an impact speed of 25 mph will sustain serious injury and about 12% will die. Each one mph increase in speed resulted in nearly a three percent increase in the mortality rate.

Lower speed limits make everyone drive slower, including people who disobey the limit. Both Boston and Portland found that after lowering speed limits, those who exceeded the speed limit responded by reducing their driving speeds.