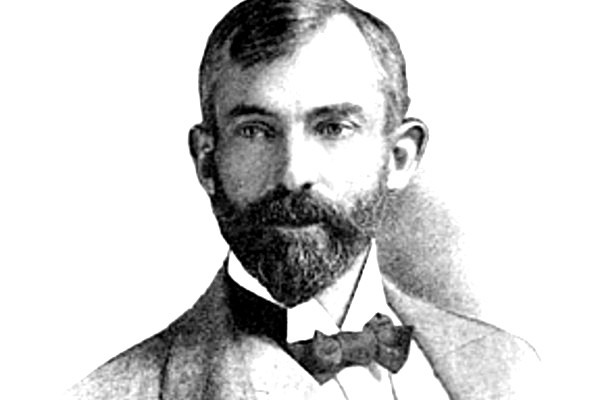 Harlemite Henry Gaylord Wilshire, June 7, 1861 – September 7, 1927, known to his contemporaries by his middle name of “Gaylord”, was a land developer, publisher, and outspoken socialist.

Henry Gaylord Wilshire was born June 7, 1861, in Cincinnati, Ohio. He moved to Los Angeles, California in 1884.

In 1895 he began developing 35 acres stretching westward from Westlake Park for a hi-end residential subdivision.

He donated a strip of land to the city of Los Angeles for a boulevard through what was then a barley field, on the conditions that it would be named for him and that railroad lines and commercial or industrial trucking would be banned.

In 1900, Wilshire was arrested for speaking in a public park in Los Angeles. A judge dismissed the charges, but the incident caused Wilshire to leave Los Angeles for Harlem, New York.

In 1900, Wilshire was arrested for speaking in a public park in Los Angeles. A judge dismissed the charges, but the incident caused Wilshire to leave Los Angeles for Harlem, New York.

Wilshire was a frequent and far-ranging political candidate. He stood as the Nationalist Party Congressional candidate for the 6th California District in 1890, as the candidate of the Socialist Labor Party for Attorney General in 1891, for the British Parliament in 1894, for Congress in the California 6th District again in 1900, this time on the ticket of the Social Democratic Party of America, for the Canadian Parliament in 1902, and for Congress from New York in 1904.

In 1909 Wilshire was a candidate for city council in Los Angeles as a part of the Socialist Party slate, which was backed at that time by the Los Angeles unions.

By about 1911 Wilshire began to have his doubts about electoral politics, and shifted his allegiance to revolutionary syndicalism and advocacy of the general strike.

He was the editor of the Syndicalist League’s magazine The Syndicalist during 1913. During World War I Wilshire worked with Emma Goldman in the Free Speech League in New York.

In 1900, Wilshire launched the first of his publishing ventures in Los Angeles, a magazine called The Challenge. At least 40 issues of the publication were produced between December 1900 and October 1901.

Wilshire eventually returned to Los Angeles and made his connection with the now-famous boulevard that bore his name.

He had no direct involvement with its gradual expansion in the years while he was absent from the region. 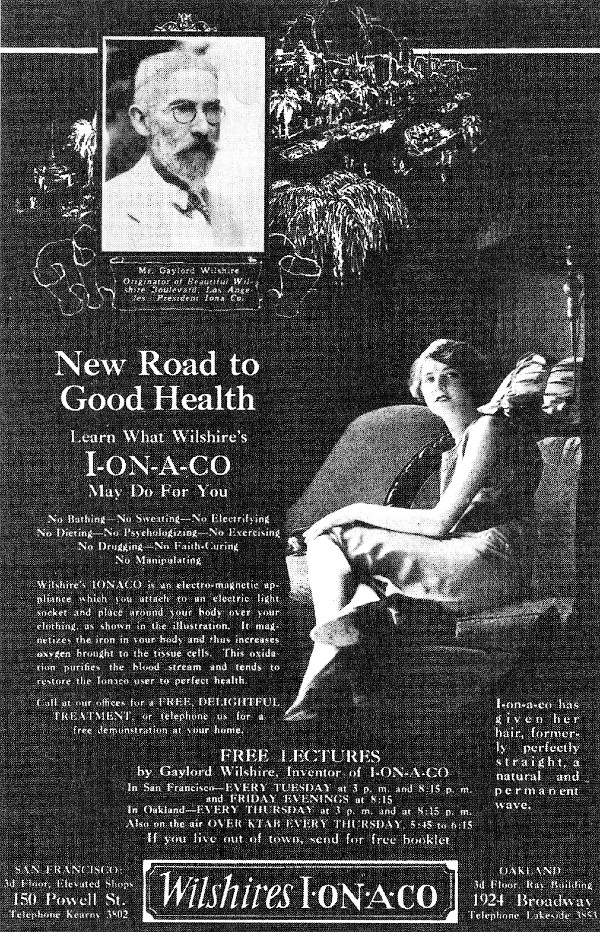 Wilshire was also interested in the health industry. In 1925, he started marketing the Ionaco, an electric belt that could purportedly improve health.

The belt gained popularity from its marketing but was dismissed by medical health experts as quackery.

He died destitute on September 7, 1927, in 301 West 106th Street Harlem, New York. He was buried at Woodlawn Cemetery in The Bronx, New York.

He died destitute on September 7, 1927, in 301 West 106th Street Harlem, New York. He was buried at Woodlawn Cemetery in The Bronx, New York.

Wilshire Drive in Phoenix, Arizona, was named after him, as is Wilshire Avenue in Fullerton, California (where he first ran for Congress in 1890, the first congressional candidate in America from what became a socialist-oriented party).