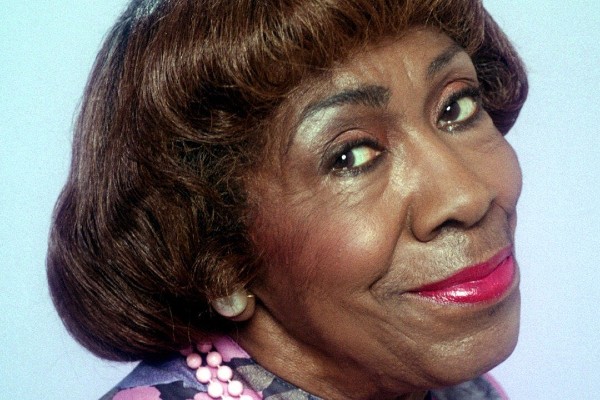 Martin’s career spanned over 60 years, appearing first on stage and later in film and television.

Martin was born in St. Louis, Missouri, the daughter of William Martin, a minister, and Amanda Frankie (née Fox).

Raised in Nashville, Tennessee, Martin attended public schools, which at the time were segregated.

During her teenage years, Martin led a band and performed with local theater groups. For college, Martin attended Fisk University in Nashville for two years before dropping out.

After leaving college, Martin moved to Chicago, and New York thereafter to study acting with the WPA Theater and the Rose McClendon Players.

She was a founding member of the American Negro Theater in Harlem. Martin became a Broadway character actress for many decades, debuting in ‘Orchids Preferred’ in 1937 and thereafter Orson Welles’ production of Native Son in 1941.

She was a founding member of the American Negro Theater in Harlem. Martin became a Broadway character actress for many decades, debuting in ‘Orchids Preferred’ in 1937 and thereafter Orson Welles’ production of Native Son in 1941.

Martin appeared in a dozen Broadway shows, including Jean Genet’s The Blacks, the musical Raisin from 1973 until 1975, Ossie Davis’ Purlie Victorious (and later the musical version, which was called Purlie), The Amen Corner, and Tennessee Williams’ Period of Adjustment.

Martin became widely known later in life due to her roles in popular television series, which brought her a large audience.

Martin also had a role on the short-lived sitcoms Baby, I’m Back (as mother-in-law, Luzelle) and That’s My Mama.

While appearing on Late Night with Conan O’Brien to promote Don’t Be a Menace, Martin sent host Conan O’Brien and the audience into a frenzy with her remarks, responding to a question about being cast as a pot-smoking grandmother in the film, “I love the reefer!”, and that she would be a stripper had she not gone into acting, following the statement with a suggestive dance.