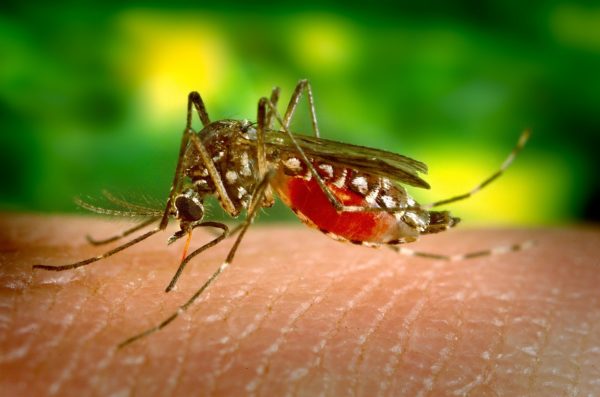 The Health Department today reported four human cases of West Nile virus, the first cases identified in the 2019 season: two from Queens, and one from Staten Island and one from Brooklyn. Two people were discharged from the hospital, and two remain hospitalized. Human cases of West Nile virus occur each year in New York City, with most identified between late July and October. The amount of West Nile virus activity varies every year. Mosquito populations overall this year are at an average level; the number of mosquito pools testing positive for West Nile virus this season is 319, which is 66% less than last year at this point in time. So far this season, the Health Department has completed ­­­seven adulticiding spray operations and three aerial larvicide treatments to reduce the risk of West Nile virus. Additional mosquito treatments are planned for the remainder of the mosquito season with locations to be determined by the Health Department’s extensive citywide surveillance system.

In people over 50 or with a weakened immune system, West Nile virus can cause severe illness, including meningitis and encephalitis, sometimes resulting in permanent or long-term complications such as muscle weakness, fatigue, confusion and depression. Others may experience milder symptoms, which include headache, fever, fatigue, and rash. New Yorkers can learn more about West Nile virus and how to protect themselves from mosquito bites here.

“The findings from our mosquito and human surveillance serve as a reminder for all New Yorkers that they should take simple precautions to protect themselves and their families from mosquito bites,” said Health Commissioner Dr. Oxiris Barbot. “Actions such as wearing mosquito repellent, covering arms and legs when outdoors, discarding standing water, and installing window screens can reduce the human transmission of West Nile virus and save lives.”

The Health Department has successfully helped control mosquito-borne diseases with regular mosquito surveillance throughout the early spring and summer. Currently, there are 122 surveillance traps in the five boroughs. The agency’s mosquito control efforts are data-driven and rely on our mosquito trapping and testing results to determine areas of the city to spray pesticide and apply larvicide. The Health Department will increase spraying in neighborhoods that meet these criteria. Department employees use trucks or backpack sprayers to kill adult flying mosquitos.

Every year, as a part of normal outreach, the Health Department also conducts 80 to 90 presentations to educate communities about mosquito-borne illnesses. Community presentations on West Nile virus and other health topics can be requested here.