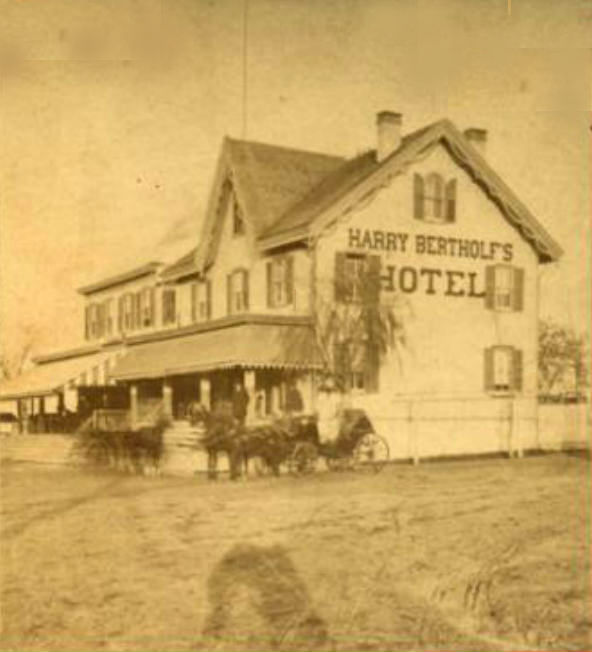 What a great photograph taken from a stereoview of Harry Bertholf’s Hotel & Roadhouse, near Harlem Lane, in West Harlem, NY in the 1870s.

The Bertholf family was one of the early Harlem families (like Van Keulen, Otterspoor, Morris Randall, Peter Benson, Abraham Storm, Roosevelt’s and others) that remained on large country estates on the heights overlooking the River.