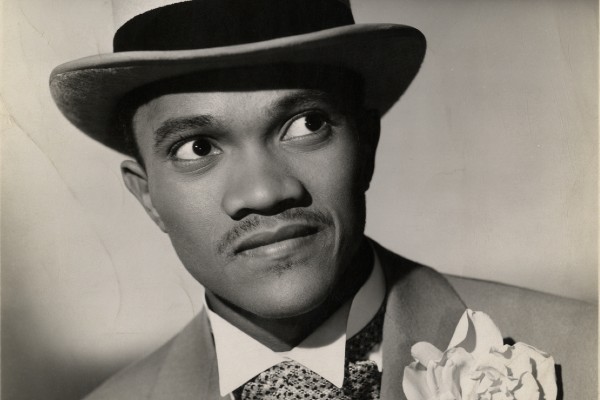 Nicholas was the younger half of the tap-dancing pair the Nicholas Brothers, known as two of the world’s greatest dancers.

His older brother was Fayard Nicholas. Nicholas starred in the MGM musicals An All-Colored Vaudeville Show 1935, Stormy Weather 1943, The Pirate 1948. and The Five Heartbeats 1991.

By the age of three, his older brother Fayard enjoyed sitting in the audience of the black vaudeville theater where his parents performed, enraptured by the great performers on stage.

Immersed in show business, when Nicholas added a second son to the family, seven-year-old Fayard insisted that the child be named after his idol, Harold Lloyd, the silent-screen comedian.

The two brothers soon began dancing, and they quickly gained acclaim for their elegant acrobatic moves and mastery of tap.

When Fayard was 16 and Harold nine, they made their first appearance at the legendary Cotton Club in Harlem, New York, and were a popular success immediately.

Their reputation grew rapidly, and Harold and Fayard became established superstars at Twentieth Century Fox with their astounding dance numbers in the studio’s musicals features.

The brothers began appearing in musical films with Eubie Blake.

They performed in vaudeville, on Broadway, in nightclubs, on television, and in movie musicals.

Fred Astaire told the brothers that their dazzling footwork, leaps, and splits in the Jumpin’ Jive dance in Stormy Weather 1943 produced the greatest movie musical number he had ever seen.

In the number, the brothers dance on the piano and leap over-performing musicians.

The Nicholas Brothers’ Hollywood career began after movie mogul Samuel Goldwyn spotted them in a nightclub and cast them in Kid Millions 1934.

The two became big film stars despite racial restrictions at the time prohibiting speaking parts and scenes with white co-stars.

Their last film together was 1948’s The Pirate, in which Gene Kelly danced with them, breaking the color barrier.

Harold went on to work as a solo artist, moving to France and touring as a singer and dancer. He appeared in the French film L’Empire De La Nuit 1964.

Nicholas returned to America occasionally to do shows with his brother. Harold also appeared in the films Uptown Saturday Night 1974, Tap 1989, The Five Heartbeats 1991, and Funny Bones (1995.

In 1985–86, Nicholas played the role of “Daddy Bates” in the National Tour of the Broadway musical The Tap Dance Kid.

In 1993, he starred in the Milwaukee Repertory Theatre’s world premiere of If These Shoes Could Talk, which also starred Tony nominee Ted Levy, an original tap dance musical by Lee Summers and Kevin Ramsey.

The leading character, a seasoned triple threat/hoofer, “Dr. Rhythm,” was written for Nicholas and would be his farewell stage performance in a musical.

Carnegie Hall sold out for a tribute to him and his brother in 1998, who were both presents. By that time he had been living on New York’s Upper West Side at 789 West End 98th Street (near 99th Street) in Harlem, where he lived for approximately 20 years with his third wife Rigmor Alfredsson Newman, a producer.

Nicholas was married three times and had two children. His first marriage, on September 6, 1942, was to the actress, singer, and dancer Dorothy Dandridge. They met at the Cotton Club in Harlem in 1938.

Together they had a daughter, Harolyn Suzanne, who was born on September 2, 1943, died in 2003 with severe brain damage that prevented her from speaking or even acknowledging her parents.

Nicholas had been linked romantically to Swedish actress Nita Dova. Nicholas had a son, Melih, with his second wife Elyanne Patronne. At the time of his death, he was married to Rigmor Newman Nicholas.

Nicholas died in New York City on July 3, 2000, at the age of 79, from heart failure. Nicholas was inducted into the National Museum of Dance C.V. Whitney Hall of Fame in 2001, along with his brother Fayard Nicholas.