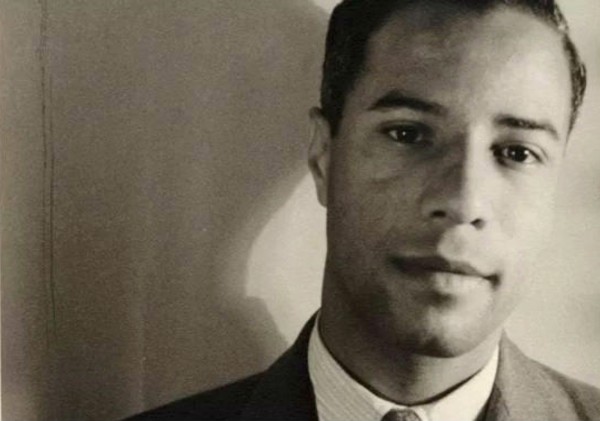 If you scan the index of any reputable book on the Harlem Renaissance, you should find at least one listing for Harold Jackman, who was fabulously called “The Most Handsome Man In Harlem,” from the 1920s to the 1930’s. If the book is definitive or particularly resourceful, there will be several mentions throughout the whole text.

Jackman did not write nor paint and thus did not leave an oeuvre. But let’s not get it twisted, Harold Jackman was no minor player in the game!

Some say he achieved “nobility by association” but let’s straighten it out and say that his was definitely one of the brightest lights of that era.

It is impossible to have an in-depth conversation about Countee Cullen, for instance, without mentioning Harold Jackman.

And if he was never known for anything, at least he was once known as one of Harlem’s most attractive men. 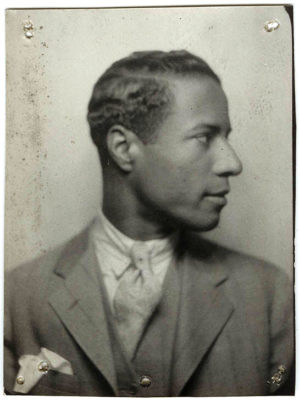 In the 20’s and 30’s, Mr. Jackman was often described as a boulevardier, and as such he was a head-turner.

So much so, that many of the era’s leading artists and photographers, including Winold Reiss, Richmond Barthe, Carl Van Vechten, and James L. Allen rushed to capture his handsome visage.

Harold Jackman was born in London to a West Indian mother and an unidentified father. By the time Maud Jackman moved her son and his sister Ivy to Harlem, it was obvious there was something quite special about Harold.

He attended the prestigious, all boys, almost all white DeWitt Clinton High School in New York and it was there in 1918, that he met the man who would soon become known as Harlem’s first poet laureate, Countee Cullen. Their initial meeting cemented a friendship that would last throughout the rest of their lives.

Like so many same-gender identified black men of the past, the present, and most definitely of the future, Harold Jackman was more than just a pretty face! 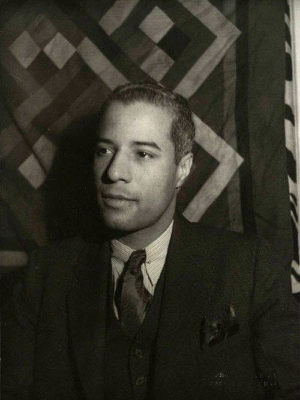 Jackman earned a B. A. from New York University and eventually received a Masters from Columbia University.

Ever the social butterfly, he was active in many organizations like the Alpha Phi Alpha Fraternity, the Urban League and the Negro Actors Guild, where he served on the executive board.

Harold knew everybody who was anybody both at home and abroad.  The elegant bon vivant was a noted world traveler and Paris was his special playground!

It is known that he met and had a long distance relationship with the expatriate writer, Edouard Roditi, on one of his many trips to France.  It is said that many of the leading figures of the era first met each other when Harold introduced them.

His diaries and collections are now considered some of the most important resources for writers and historians.  And as a voracious collector of African American memorabilia and black cultural artifacts, Jackman also typified, to a degree, what they used to call “race men.” 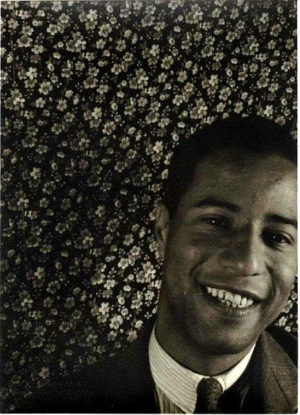 Did I mention that Jackman was a serious but very chatty man of letters?  Books like David Levering Lewis’ When Harlem Was In Vogue would be far less important and entertaining if the authors had not mined the vaults for juicy tidbits from Jackman’s massive letter-writing marathons with his friends Langston Hughes, Carl Van Vechten, Wallace Thurman, Claude McKay and Countee Cullen.

All things considered, it should be no surprise that Harold Jackman would be a connoisseur of parties and Harlem nightlife!

He certainly traveled among the international jet set, but for all of his savoir-faire, he was a homebody at heart, never turning down an opportunity to attend a good rent party and loving the happenings right in his own neighborhood.

Jackman was at the center of a network of black gay men in Harlem, and salon parties given by friends like Caska Bonds and Alexander Gumby, another serious collector and scrapbook master, were di rigor.  Thus, it seems Jackman was at his best on his own turf!

Gumby, in a letter to the outrageous Bruce Nugent, once described an equally outrageous incident in which he saw Jackman involved in a sexual tryst with a hot Harlem gentleman at a local party, but admitted he felt it was so “worth it.”

Despite standing on his own merit, Harold Jackman will always best be known for his intense relationship with Countee Cullen.  Together, they have been called the “Jonathan and David of the Harlem Renaissance.”  Some have called them lovers, and maybe at one time they were.

It’s very possible that the conflicted Cullen was probably quite infatuated with Jackman, but Thomas Wirth, author of Gay Rebel of the Harlem Renaissance, Selections from the Work of Richard Bruce Nugent, says there is no concrete proof that they ever were despite the newspaper headlines and whispers to the contrary.

Jackman’s diaries, letters, and outstanding collection of memorabilia are held in various depositories across the country such as at the Amistad Research Center at Tulane University in New Orleans and Atlanta University in Georgia.

At Cullen’s death in 1946, Jackman requested that the name of the Georgia accumulation be changed from the Harold Jackman Collection to the Countee Cullen Memorial Collection in honor of his friend.

When Jackman succumbed to cancer in 1961, the collection was renamed the Cullen-Jackman Collection to honor them both.  I’m sure this was not done with any particular insight into their unique relationship because to this day, their official bios paint Jackman only as a lone “bachelor” while shoring up Cullen’s two failed marriages. 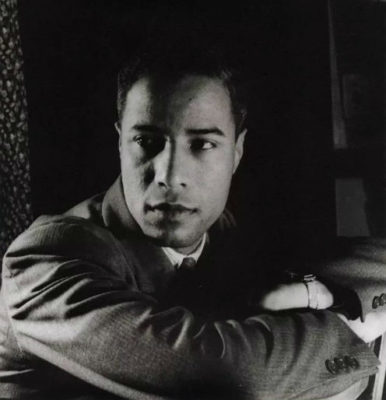 It should also be noted that Jackman also helped Carl Van Vechten build the James Weldon Johnson Memorial Collection of Negro Arts and Letters at Yale University. The last few images included here were taken by Van Vechten, probably around 1949.

Harold Jackman reportedly appears as one of the protagonists in Carl Van Vechten’s scandalous novel of Harlem life, Nigger Heaven (1926), and has since appeared as a character in Ben Neihart’s bizarre Rough Amusements, The True Story of A’Lelia Walker, Patroness of the Harlem Renaissance’s Down-Low Culture.  Both Jackman and Cullen appear in Wallace Thurman’s Infants of the Spring, as DeWitt Clinton and David Holloway, respectively.

I have always admired Jackman and have wanted to do a post on him since the inception of this blog. I am honored to finally be able to do so.