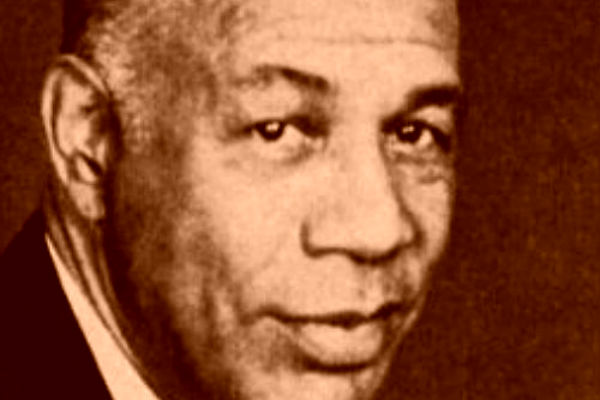 Victor Hugo Green (November 9, 1892 – 1960[) was a Harlem, New York, postal employee and civic leader. He developed and wrote what became known as The Green Book, a travel guide for African Americans in the United States.

The was popular at a time when their choices of lodging, restaurants and even gas stations was restricted in many places, including outside the South.

It was first published as The Negro Motorist Green Book and later as The Negro Travelers’ Green Book. The books were published from 1936 to 1966. Green reviewed hotels and restaurants that did business with African Americans during the time of Jim Crow laws and racial segregation in the United States. He printed 15,000 copies each year.

In the 1930s, Green began his work by compiling data on stores in the New York area that accepted black travelers, and published his first guide in 1936. Similar guides had been published for Jewish travelers, who sometimes faced discrimination. Green’s guide was so popular that he immediately began to expand its coverage the next year to other US destinations, adding hotel and restaurants as well. After retiring from the Postal Service, Green continued to work on updating issues of The Green Book. In addition, he developed the related travel agency business he had established in 1947.

Victor Hugo Green, named for the noted French author, was born on November 9, 1892, in New York City, the eldest of three children of William H. and Alice A. Green. His family moved and he grew up in suburban Hackensack, New Jersey. Starting in 1913 he worked in Bergen County, New Jersey as a postal carrier for the US Postal Service.

In 1918 Green married Alma Duke (1889-1978) of Richmond, Virginia. She came to New York as part of the Great Migration from the South to northern cities in the early twentieth century. After their marriage, the couple moved to Harlem, New York, which was attracting blacks from across the country. It developed as a center of black arts and culture in the period of the Harlem Renaissance. They lived in an apartment at 580 St. Nicholas Avenue.

As African Americans began to own automobiles and take part in the developing American car culture, they were restricted by racial segregation in the United States. State laws in the South required separate facilities for African Americans and many motels and restaurants in northern states also excluded them. “For the Negro traveler, whether on business or pleasure, there was always trouble finding suitable accommodation in hotels and guest houses where he would be welcomed.”

In 1936 Green “thought of doing something about this. He thought of a listing, as comprehensive as possible, of all first-class hotels throughout the United States that catered to Negroes.” He collected information on hotels, restaurants and gas stations that served African Americans for his first edition of The Negro Motorist Green Book. Since some towns did not have any hotels or motels that would accept African American guests, he listed “tourist homes,” where owners would rent rooms to travelers. His first edition had data for facilities only in the New York metropolitan area. In his introduction, Green wrote:

“There will be a day sometime in the near future when this guide will not have to be published. That is when we as a race will have equal rights and privileges in the United States.”

Green created a publishing office in Harlem to support his guide. In 1947 he established a Vacation Reservation Service, a travel agency to book reservations at black-owned establishments. By 1949 the guide included international destinations in Bermuda, Mexico and Canada; it listed places for food, lodging, and gas stations. In 1952 Green changed the name to The Negro Travelers’ Green Book. His travel agency office was located at 200 West 135th Street in Harlem, New York.

Green printed 15,000 copies each year of The Green Book, marketing them to white as well as black-owned businesses to demonstrate “the growing affluence of African Americans.” At the time, Esso franchised gas stations to African Americans, when some other companies did not. The Esso stations became popular sales outlets for the book.[6] Similar guides had been published for Jewish travelers in some areas.

Although Green died in 1960, publication continued, with his widow Alma serving as editor, until 1966. Passage of the Civil Rights Act of 1964 and legal end to racial segregation in public facilities marked the beginning of the guide’s obsolescence; the goal that Green had described in his introduction to the first edition of his work.

Look out for a documentary about Mr. Green being produced titled Greenbook Chronicles by Calvin Alexander Ramsey and Becky Wible Searles. The California African American Museum in Los Angeles will host a public discussion in April about the memories and memorabilia associated with “Green Book” travel. The Smithsonian National Museum of African American History and Culture in Washington, scheduled to open in the fall of 2016, will display a tattered copy of a “Green Book” from 1941 that it bought for about $22,500 at Swann Auction Galleries in Manhattan.