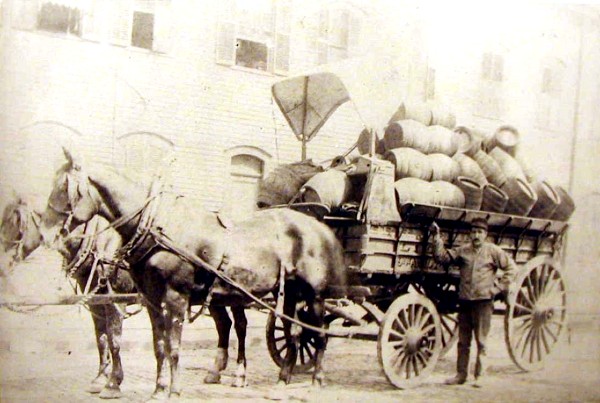 The Lion Brewery and Cafe was a Harlem-based malted brewery between 8th and 10th Avenues and 107th and 108th Streets in the Manhattan Vallery  Harlem, NY, in 1850.

In 1895, it was the sixth-largest brewery in the United States, and globally they used slogan:

The Lion Pilsner is the first American Pilsner brew, which is what made The Lion Brewery famous.

The Lion Wurzberger is a medium first-class dark beer.

Shortly after immigrating to the United States, Swiss-German August Schmid and Emanuel Bernheimer founded the Costanz Brewery at East 4th Street near Avenue B in 1850.

The brewery produced a malted lager beer, a favorite among German immigrants.

By 1850, they built a second Costanz Brewery at Four Corners in Staten Island, home to a large German community.

Five years later, Bernheimer became the partner of another German immigrant, James Speyers, and founded The Lion Brewery in 1857 in Manhattan Valley.

A group of Catholic Bavarians helped build the Lion Brewery. When it was built, they held masses in the Brewery on Sunday mornings. 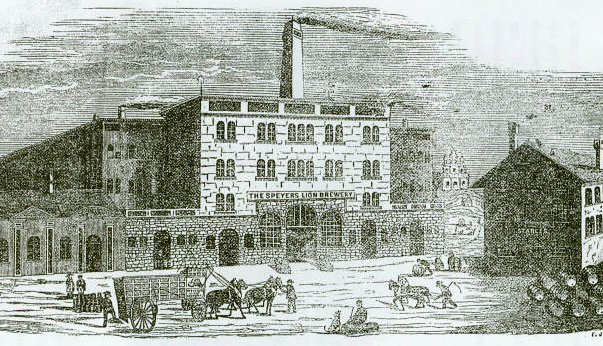 At its peak, the Lion Brewery and Cafe occupied about six square city blocks, from Central Park West to Amsterdam Avenue and from 107th to 109th Street in Harlem, NY.

At the time Harlem’s Upper West Side was an open area with inexpensive land housing, many public institutions, and an insane asylum.

There were about five to ten thousand living in shanties after being displaced by the creation of Central Park in 1859.

Consequently, with the brewery and surrounding areas, the Upper West Side failed to increase its real estate value until the early twentieth century.

We don’t know if the wave of the anti-saloon movement in the late 19th and early 20th century encouraged Lion to clean up its own saloons or the diversification of their portfolio by opening the Lion Music Hall on Broadway and 110th Street.

Lion Brewery got caught up in a wave of mergers and closings among some of the smaller New York Brewers in the early 1940s which continued until 1941 when the business closed.

The brewery (including the canning facilities) was auctioned off on August 26, 1943.

The plant was demolished in 1944 and more than 3,000 tons of steel were taken from the original brewery structure and recycled for the war effort. 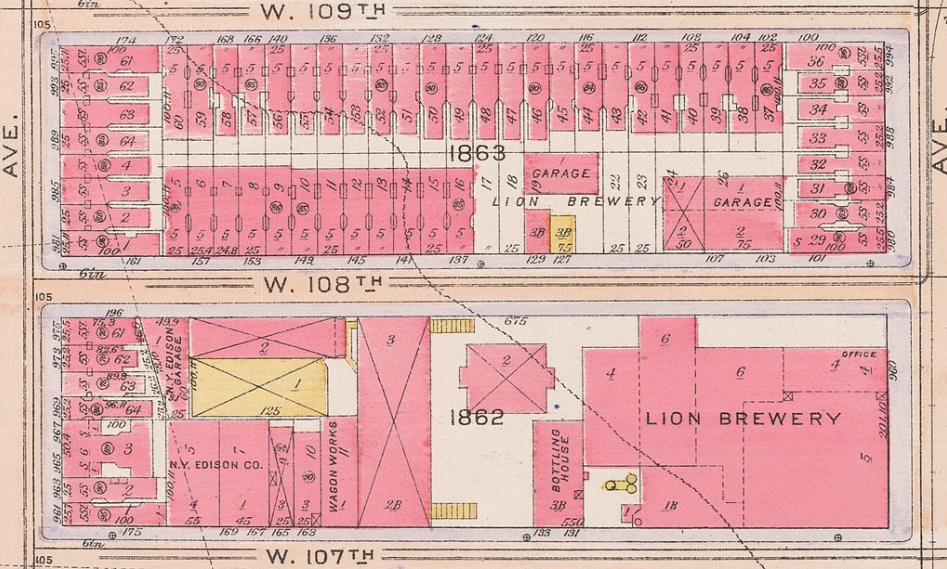 After the Brewery was knocked down the lot was paved over with cinders.

On Sundays, after the war, returning World War II Veterans formed a Softball League and played almost every Sunday afternoon.

Home plate was located near 107th street and Columbus Avenue.

Around 1860, the brewery published a pamphlet titled “Observations on Brewing and Beer: With an Analysis and Scientific Testimony Relative to the Lager Beer of the Speyers’ Lion Brewery.”

The pamphlet had a short history of the different kinds of beer, and an analysis showing that their lager beer was pure. The pamphlet also included some great line drawings of the brewery complex.