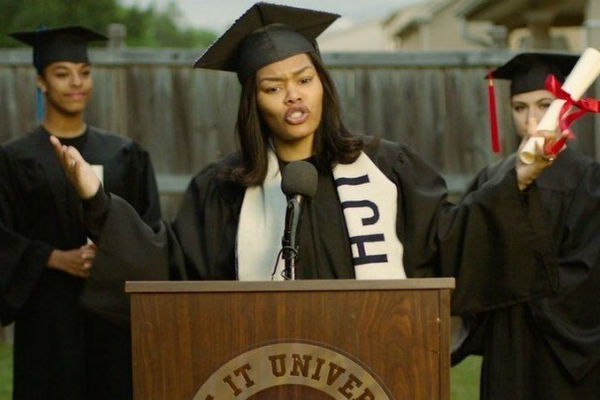 The coronavirus has affected many aspects of everyday life, which has prohibited many families, friends, and loved ones from gathering to celebrate the millions of graduates across the country. Singer, dancer, and entrepreneur Teyana Taylor released a new video entitled “Made It,” which celebrates the class of 2020 reports EUR Web.

Teyana Taylor joins MSNBC’s Ari Melber to discuss her motivation behind releasing the video. Taylor recounts not having high school graduation, telling Melber “I didn’t get a chance to graduate” as she “was homeschooled,” adding “I knew how it felt to not feel celebrated.” Taylor’s daughter, Junie interrupts the interview mid-way through, making her debut on MSNBC.

The Album is the long-awaited successor to K.T.S.E., June 2018, Teyana’s second album, one of the five G.O.O.D. Music/Def Jam albums produced by Kanye West during his 2018 sojourn in Jackson Hole, Wyoming. K.T.S.E. (an acronym for Keep That Same Energy) set off an 18-month chain reaction for Teyana, starting with its summer­time Top 10 R&B smash “Gonna Love Me.”

She performed “Gonna Love Me” (in a medley with “Rose In Harlem,” another K.T.S.E. track) on The Tonight Show Starring Jimmy Fallon.