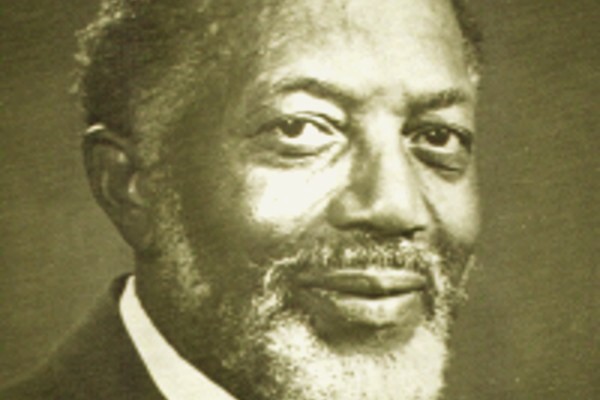 Harlemite Taylor Emmanuel Gordon was born in 1893 – 1971, was a musician and singer.

Not much is known of Gordon’s history, only that Gordon was one of six children of a cook and a laundress.

He is best known for his career as a singer in the Harlem Renaissance in the 1920s.

After leaving Montana in 1910 for a job in Minnesota, Gordon eventually made his way to New York.

There he joined a vaudeville act called “The Inimitable Five,” and toured coast to coast.

The timing was perfect, he moved to 110 West 106th Street in Harlem, this was during the Harlem Renaissance gathered steam in the mid-1920s, he found more opportunities to advance his singing career.

The timing was perfect, he moved to 110 West 106th Street in Harlem, this was during the Harlem Renaissance gathered steam in the mid-1920s, he found more opportunities to advance his singing career.

The most important of these was a partnership with J. Rosamond Johnson, who with his brother James Weldon Johnson, composed “Lift Every Voice and Sing,” and compiled the classic Book of American Negro Spirituals.

Gordon joined Rosamond Johnson as a singing partner and the pair quickly achieved fame, touring the United States, France, and England. In 1927 they gave an acclaimed concert at Carnegie Hall sponsored by the Urban League.

W.E.B. DuBois wrote afterwards that “No one who has heard Johnson and Gordon sing ‘Stand Still Jordan’ can ever forget its spell.”

Taylor Gordon published an autobiography titled Born to Be in 1929, chronicling his upbringing in Montana through the development of his singing career.

The book is notable as an account of his life and a vivid portrayal of Harlem in the 1920s, as well as a carefully constructed view of life in a small Montana town for a single African American family.

Some of Gordon’s contemporaries took issue with his portrayal of this experience; however, as a historical document itself, the book offers valuable insights into the history of literature aimed at exposing institutions of prejudice.

Gordon’s singing career peaked about the time Born to Be was published, and his association with Rosamond Johnson ended soon thereafter.

In later years he appeared onstage, in Heywood Broun’s Shoot the Works, in The Gay Divorcee with Fred Astaire, and other productions.

In 1959 he returned to White Sulphur Springs, Montana, where he lived his last years quietly with his sister.

Taylor Gordon died in White Sulphur Springs, Montana, in 1971 at the age of 78 reports Black Past.