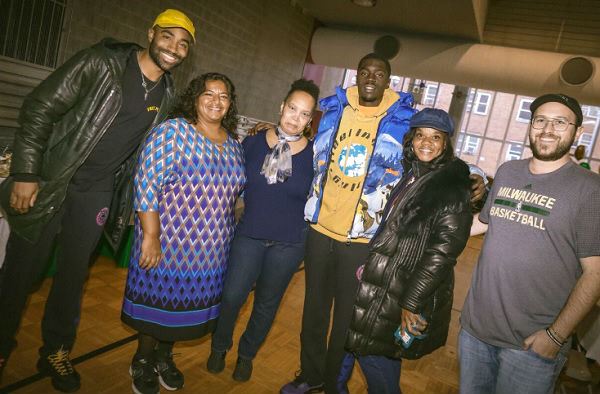 On Thanksgiving Day, platinum recording artist Sheck Wes teamed up with the New York City Housing Authority, NYCHA and Douglaston Development to feed 500 residents at the Johnson Houses in Harlem.

On the heels of the successful back-to-school backpack giveaway with NBA star Mo Bamba from the Orlando Magic, Wes, and Douglaston Development provided residents with a Thanksgiving Feast that included turkey, chicken, mashed potatoes, stuffing, cornbread, macaroni and cheese and a variety of desserts.

In order to further support the NYCHA community, the group partnered with NYCHA resident-owned food service businesses that have graduated from the Food Business Pathways Program – Chef Cherri’s Catering LLC provided macaroni and cheese cupcakes and an assortment of desserts were prepared by Grace Kelli Cupcakes.

Members of the Johnson Houses Resident Association, led by its President Ethel Velez, also served meals and provided music for the residents.

This was a cause near and dear to Wes as he grew up in Harlem NYCHA housing. 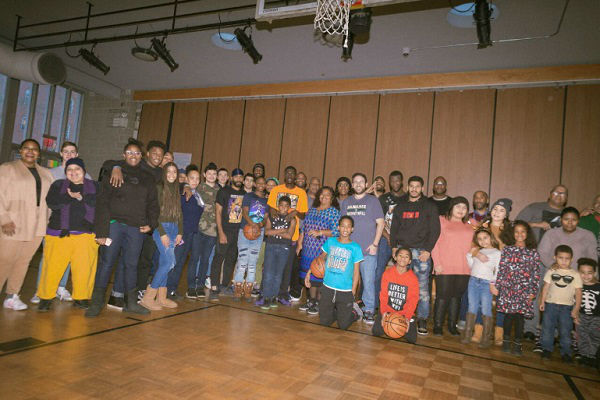 “It was great to team up with NYCHA and Douglaston Development to help out the community with Thanksgiving and play ball with a couple youngins,” said Wes. “I grew up in Harlem in NYCHA and used to spend time at the same community center so coming back as an older cat is a different but wavy feeling.”

“We’re grateful for former and current NYCHA residents who are giving back to their community,” said NYCHA Executive Vice President for Community Engagement and Partnerships Sideya Sherman. “Thank you to Sheck Wes, Chef Cherri’s Catering, Douglaston Development, and Grace Kelli Cupcakes for their generosity in helping NYCHA residents have a wonderful holiday season.”

“It was an honor and a privilege to have teamed up with Sheck Wes and NYCHA to give back at Johnson Houses,” said Ben Levine of Douglaston Development. “Thanks to everyone who volunteered and to all the community members who were able to celebrate Thanksgiving with us.”