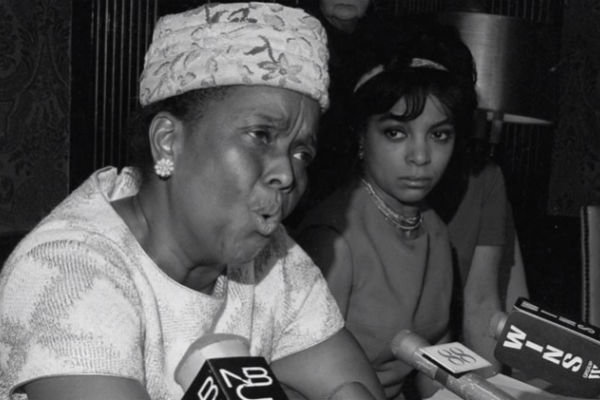 The Schomburg Center for Research in Black Culture is launching a new series of programming to examine the legacy of the 19th Amendment, which is celebrating its centennial in 2020. The Ella Baker Initiative is designed to engage the public and explore the fight for suffrage and civil rights from a variety of diverse historical perspectives. The initiative is funded by Pivotal Ventures, an investment and incubation company created by Melinda Gates.

Named after activist Ella Baker—who worked at The New York Public Library’s 135th Street branch (the predecessor to the Schomburg Center)—the initiative will feature public events, an exhibition, and paid mentorships with young scholars over the next two years, leading up to and following the 19th Amendment’s 100th anniversary on August 18, 2020. The programs will highlight materials from the Schomburg Center’s archive, inform visitors about women of color who advocated for the right to vote, and provide empowering insight for under-represented groups today. These efforts reflect the Schomburg Center’s mission to illuminate the richness of global Black history, arts, and culture; and to give voice to the missing archival and contemporary narratives of people of color.

“The Schomburg Center is invigorated by a partnership with Pivotal Ventures to mark the 100th anniversary of the 19th Amendment,” said Schomburg Center Director Kevin Young. “The mentorships proposed at the core of this grant honor the legacy of women of color like Ella Baker, who have long understood the power of learning and literacy to empower civil rights and voting rights advocates, and think about history as a living force that these students and early career aspirants can have a great impact on.”

“As we approach the centennial of the 19th Amendment, it is critical that we highlight all of the voices who fought so hard to gain the right to vote,” said Melinda Gates in reference to the Center’s initiative. “By better understanding our own history, we strengthen the bonds of community, and by sharing that history broadly, we can inspire the next generation of leaders to continue the culture of advocacy we need to achieve equality in the world today.”

“The Ella Baker Initiative will no doubt leverage the Schomburg Center’s unique position in Harlem as a foundational part of The New York Public Library and offer a more complete and nuanced account of the fight for the 19th Amendment,” said Anthony Marx, President of The New York Public Library. “We are grateful for the support of Pivotal Ventures that honors the cultural, educational, and historic impact of this transformational moment in time.”

The Schomburg Center will produce a series of events organized by the Ella Baker mentorship program in collaboration with curators, which will feature scholars, thought-leaders, authors, and community residents. Ella Baker’s career as an activist, leader and grassroots community organizer—which spanned from the late 1920s to the time of her death in 1986—serves as inspiration for the programming. Topics will include women’s leadership in civil rights, voting, political engagement, and other topics related to the 19th Amendment. Events will be posted on the Schomburg Center’s events page at www.nypl.org/schomburg.

Founded in 1925 and named a National Historic Landmark in 2017, the Schomburg Center for Research in Black Culture is one of the world’s leading cultural institutions devoted to the preservation, research, interpretation, and exhibition of materials focused on African American, African Diaspora, and African experiences. As a research division of The New York Public Library, the Schomburg Center features diverse programming and collections totaling over 11 million items that illuminate the richness of global Black history, arts, and culture. Learn more at schomburgcenter.org.

Pivotal Ventures is an investment and incubation company created by Melinda Gates. They partner with organizations and individuals who share our urgency for social progress in the United States. Together, they grow to understand around issues, expand participation, encourage cooperation and fuel new approaches that substantially improve people’s lives.