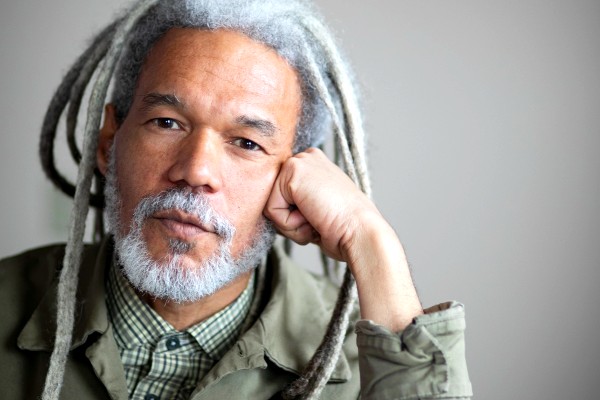 The Lapidus Center for the Historical Analysis of Transatlantic Slavery at the Schomburg Center for Research in Black Culture is pleased to make an announcement.

They announce that Dr. Vincent Brown is the winner of the 2021 Harriet Tubman Prize for his book Tacky’s Revolt: The Story of an Atlantic Slave War (Belknap/Harvard University Press, 2020). The Harriet Tubman Prize awards $7,500 to the best nonfiction book published in the United States on the slave trade, slavery, and anti-slavery in the Atlantic World.

A jury composed of the prominent historians Drs. Herman Bennett, Stephanie Jones-Rogers, and Brooke Newman selected the winner from three finalists chosen by a national committee of librarians and scholars. In addition to Brown’s Tacky’s Revolt, the other finalists were Erika Denise Edwards’ Hiding in Plain Sight: Black Women, the Law, and the Making of a White Argentine Republic (University of Alabama Press. 2020) and Christine Walker’s Jamaica Ladies: Female Slaveholders and the Creation of Britain’s Atlantic Empire (University of North Carolina Press, 2020).

The jury commented about the winning title:

“Vincent Brown’s Tacky’s Revolt: The Story of an Atlantic Slave War…[presents] a shockingly novel view of an iconic slave rebellion, Tacky’s Revolt, which he persuasively fashions as an African war against both Atlantic enslavement and the British Empire.

Simply put, Brown’s spatial reconstruction of the landscape and seascape is brilliant. It affords the reader a level of political and social contextualization that truly advances Atlantic history and the study of the African diaspora. The reader discerns how military conflicts and experience in Africa are redeployed in the Americas, thereby positioning enslaved insurgents as enemy combatants and political actors. This shift in optics is engendered by Brown’s nuanced delineation of the Atlantic and the plantation regime as a theater of war. Brown’s interpretive work, sustained by detailed readings and excavation from the source material, is truly remarkable. The reader is privy to the re-assembling of an eighteenth-century world that seems stunningly vivid, palpable, and real.”

“It is hard to imagine a higher honor than to be associated in this small and indirect way with Harriet Tubman’s legacy. Tacky’s Revolt could only ever be a partial and uncertain statement on the long history of struggle that it represents- and that General Tubman exemplified. I’m grateful to my peers for this recognition and proud to share their company as chroniclers of this continuing fight,” Dr. Brown said.

Dr. Michelle D. Commander, associate director and curator of the Lapidus Center, praised this year’s prize winner, “Dr. Vincent Brown’s Tacky’s Revolt is a marvel. This book truly expands how readers understand and scholars write and teach about the contours of enslaved people’s resistance across the Atlantic World. A groundbreaking examination, Tacky’s Revolt is written and sourced with an inimitable deftness, clarity of thought, and tremendous heart.”

The 2021 Harriet Tubman Prize will be presented to Dr. Brown in early 2022. Details are forthcoming.

The Lapidus Center for the Historical Analysis of Transatlantic Slavery

The Lapidus Center for the Historical Analysis of Transatlantic Slavery, founded in 2014 with a generous $2.5 million gift from Ruth and Sid Lapidus, generates and disseminates scholarly knowledge and works on the slave trade, slavery, and anti-slavery pertaining to the Atlantic World. The Center supports the work of researchers with long-term and short-term fellowships.

Given the centrality of Atlantic slavery to the making of the modern world, Lapidus fellowships ensure that slavery studies are a cornerstone of the Schomburg Center’s broader research community.

The Center engages the public with a variety of programs, an annual nonfiction book prize, exhibitions, conferences, and partnerships with local, national, and international institutions.

As a research division of The New York Public Library, the Schomburg Center features diverse programming and collections totaling over 11 million items that illuminate the richness of global black history, arts, and culture. Learn more at schomburgcenter.org.

Related:  The National Jazz Museum In Harlem Provides a Tour of The Roots & Routes of Jazz

For 125 years, The New York Public Library has been one of the world’s leading free providers of education and information for the people of New York and beyond. With 92 locations—including research and branch libraries—throughout the Bronx, Manhattan, and Staten Island, the Library offers free materials, computer access, classes, exhibitions, programming, and more to everyone from toddlers to scholars, and has seen record numbers of attendance and circulation in recent years.