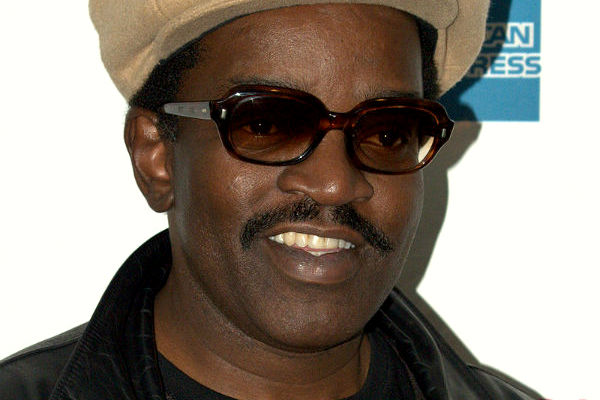 The archive—which spans more than 120 boxes—showcases Fab 5 Freddy’s role as a hip-hop ambassador and pioneer, providing a rare glimpse into the early days of the genre, chronicling its development and inspiration, and revealing the creative processes, personal relationships, and business savvy that allowed Fab 5 Freddy to help transform hip-hop from a marginalized subculture into a mainstream and global cultural phenomenon.

“Fab 5 Freddy’s contributions to the worlds of art, music, and film—bringing hip-hop culture to the forefront—are certainly historically significant and almost too numerous to name,” said Schomburg Center Director Kevin Young. “It is not overstating to say that without Fab, hip-hop as we know it, graffiti as a visual art as we know it, and bridges between various musical genres would not exist. He is such an instrumental figure, not just as a innovator who steered the ship in the early days of hip-hop, but as an ambassador who continues to have enormous impact on the hip-hop world and beyond. We are so proud to preserve his history and work and give researchers an opportunity to gain new perspectives and information on the early and ongoing days of hip-hop.”

“Growing up in Bed Stuy Brooklyn our home was full of books and periodicals, as my dad was a ferocious reader,” said Brathwaite. “Books by and about people like, Marcus Garvey, Malcolm X, James Baldwin, J.A. Rogers and one of my favorites as a kid, a book called Harlem On My Mind

filled with photos and stories on the history of Black Americans living in Harlem. My dad explained then ‘to learn more the Schomburg in Harlem was the place people go.’ So knowing my archive will be at the Schomburg, now and forever is both gratifying and very humbling.”

Highlights of the multimedia collection include:

“In Fab 5 Freddy’s collection, the Schomburg has acquired an archive from a hip-hop ambassador, historian, and pioneer, who saw the value in capturing those early years when so little has been preserved and available to the public,” said Shola Lynch, curator of the Schomburg Center’s Moving Image and Recorded Sound Division. “This is significant and important. Our founding curator, Arturo Schomburg, referred to his collection as ‘vindicating evidences’ of black history and culture. Fab’s collection sets the same foundation for the early days of hip hop. You can feel the 1980s. You can feel the charm. It’s very real.”

The collection is currently being processed; when completed the materials will be available at the Schomburg Center for Research in Black Culture in the Moving Image and Recorded Sound Division; the Manuscripts and Rare Books Division; and the Photographs and Prints Division. Fab 5 Freddy’s collection is part of the Schomburg’s Home to Harlem initiative recognizing through acquisitions, exhibitions, and programming Harlem’s century-long history as a Black Cultural Capital, a city within a city, a nation within a neighborhood. The acquisition joins the recent additions of others with longstanding relationships to Harlem, including James Baldwin, Sonny Rollins, Ruby Dee and Ossie Davis, and Ann Petry, all revealing both personal and cultural connection to the Schomburg Center.

For more information on when the collection is open and on upcoming events related to the collection, please visit SchomburgCenter.org.

A New York City native and long-time Harlem resident born in the Bedford-Stuyvesant area of Brooklyn, Fab 5 Freddy’s ongoing and active career as a visual artist and filmmaker has spanned decades. He initially entered the scene in the late seventies as one of the first graffiti artists to exhibit his paintings internationally. Over the years, he wrote, performed, and produced music, and wrote and produced several films, including the cult classic “Wild Style

,” the first film on hip-hop culture. He directed music videos for KRS-ONE, Queen Latifah, Nas, and Snoop Doggy Dog, as well as companies like Pepsi. He was also the original host of “YO! MTV Raps,” which immediately became the highest-rated show on the channel and brought hip-hop culture to millions of households across the world.

In recent years, Fab has lectured at schools and universities around the world; published numerous articles for various publications including Vibe, XXL, The New York Times Magazine; written a book on Hip-Hop slang entitled Fresh Fly Flavor: Words and Phrases of the Hip-Hop Generation

; and served as an executive producer for the VH1 Hip Hop Honors TV specials.

,” which takes an unparalleled look at the history of cannabis usage in America through the lens of popular forms of music — jazz, reggae, and hip hop — while also examining the racial disparities and injustices within that world. He serves as creative director for an exhibit on hip-hop’s photographic culture at LA’s Annenberg Space for Photography up into August and will host a BBC documentary later this summer looking at the little-discussed history of black folks featured in Renaissance works of art in 15th Century Italy.

The New York Public Library is a free provider of education and information for the people of New York and beyond. With 92 locations—including research and branch libraries—throughout the Bronx, Manhattan, and Staten Island, the Library offers free materials, computer access, classes, exhibitions, programming, and more to everyone from toddlers to scholars, and has seen record numbers of attendance and circulation in recent years. The New York Public Library serves nearly 17 million patrons who come through its doors annually and millions more around the globe who use its resources at nypl.org. To offer this wide array of free programming, The New York Public Library relies on both public and private funding. Learn more about how to support the Library at nypl.org/support.