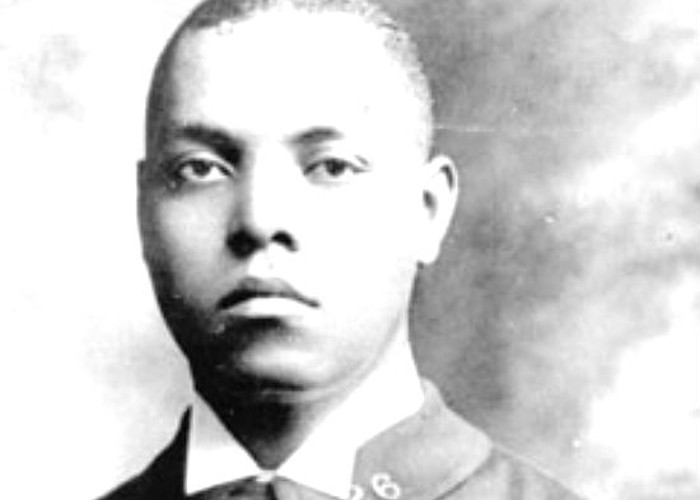 His parents were among the last generation born into Southern slavery, and his own birth in 1883 was notable for another benchmark: At 16 pounds, he was the biggest baby ever recorded in North Carolina.

“I guess I’ve always wanted to be large, and I have been large,” Samuel Jesse Battle recalled decades later.

After attending segregated schools in North Carolina, Battle moved north, first to Connecticut, then to New York City, where he took a job as a train porter and began studying for the New York City Police Department civil service exam. He was sworn in on March 6, 1911.

His brother-in-law was Patrolman Moses P. Cobb, who started working for the Brooklyn Police force in the early 1890s before the unification of NYC and acted as Battle’s mentor. 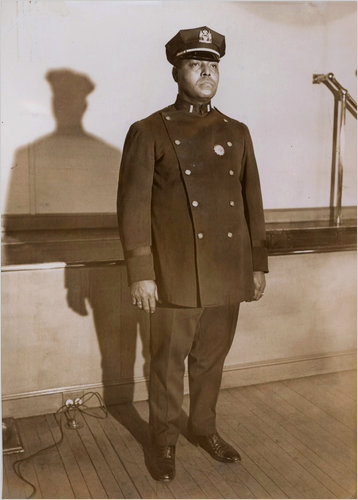 “Big Sam” as he was known — 6 feet, 3 inches tall, 280 pounds — earned the respect of his fellow officers after saving one officer’s life in the early 1920s.

They subsequently voted to allow him into the Sergeant’s Academy.

As the NYPD‘s first black lieutenant, during the intense Harlem Riots of 1935 – after 3 days of violence he circulated fliers of himself with the young boy smiling who had allegedly been murdered in the basement of the Kress Department store.

He joined the force in 1911, assigned first to San Juan Hill, the neighborhood where Lincoln Center is today, which preceded Harlem as one of the key African-American neighborhoods in Manhattan.

He was soon moved to Harlem, as the African-American population there grew.

His comrades were won over in 1919 when Battle dashed into a crowd of rioters at 135th Street and Lenox Avenue to rescue a white officer. “The white officers worked in an all-Negro neighborhood, practically, and they needed me as much as I needed them and sometimes more,” Battle recalled.

He participated in the 1931 opening of a Harlem station house, where the tap dancer Bill Robinson promised a gift to the officer who made the first arrest.

Battle shoved Robinson aside, he recalled, “and he said something to me, and I grabbed him and took him into the station house and had him booked.” After Robinson discovered that the arrest was a prank, he gave Battle a hat as a gift anyway.

In 1941, Battle began work as a parole commissioner, working with delinquent youths in Harlem.

He initiated rehabilitation programs, such as summer camps and sports activities for the youth of Harlem. 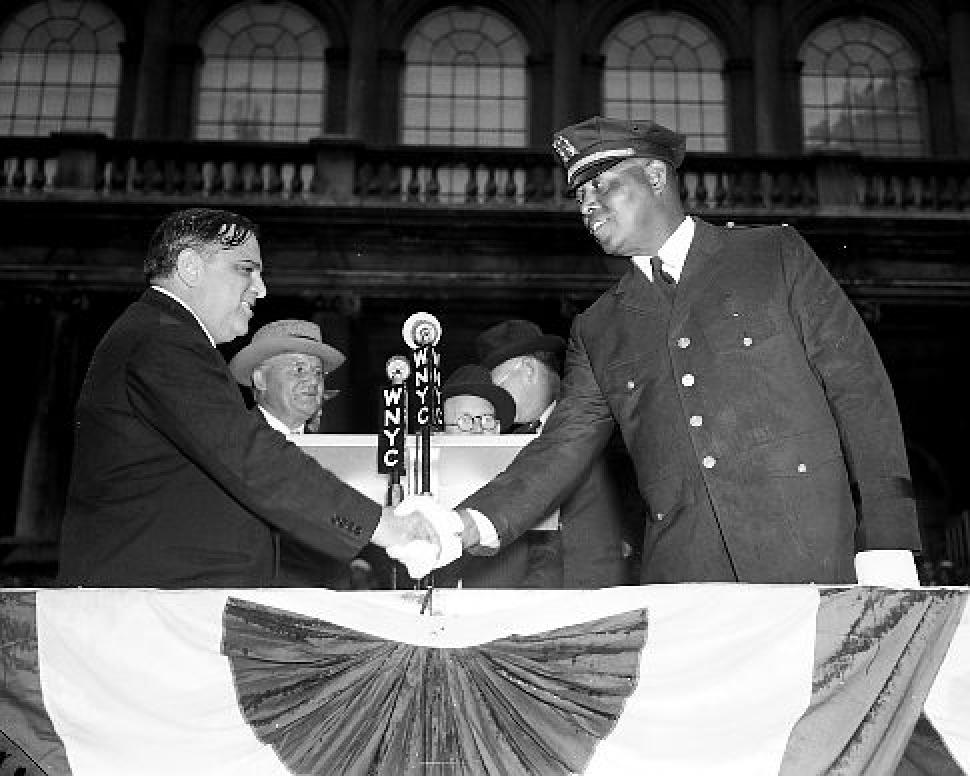 During a 1943 race riot, triggered by the shooting of an African-American suspect by a white police officer, Battle, at the request of New York Mayor Fiorello LaGuardia, was called in to quell the Harlem area where the riot erupted.

Battle retired as parole commissioner in 1951 but remained active in community activities for the Harlem area.

In an interview with the Columbia University Center for Oral History in 1960, six years before he died, Battle recalled that he never complained to outsiders about his treatment from co-workers.

If a colleague had something against him, Battle challenged him to meet in the cellar and “take it out on my black behind.” Nobody did.

In the Columbia interview, Battle recalled that in the 1940s “there were many cases of mistreatment of the populace by the police.” He blamed to prejudice on parents. “All the old ones should be dead and put in the ocean!” said Battle. who was in his mid-70s? “Then we’d have a good world to live in.” 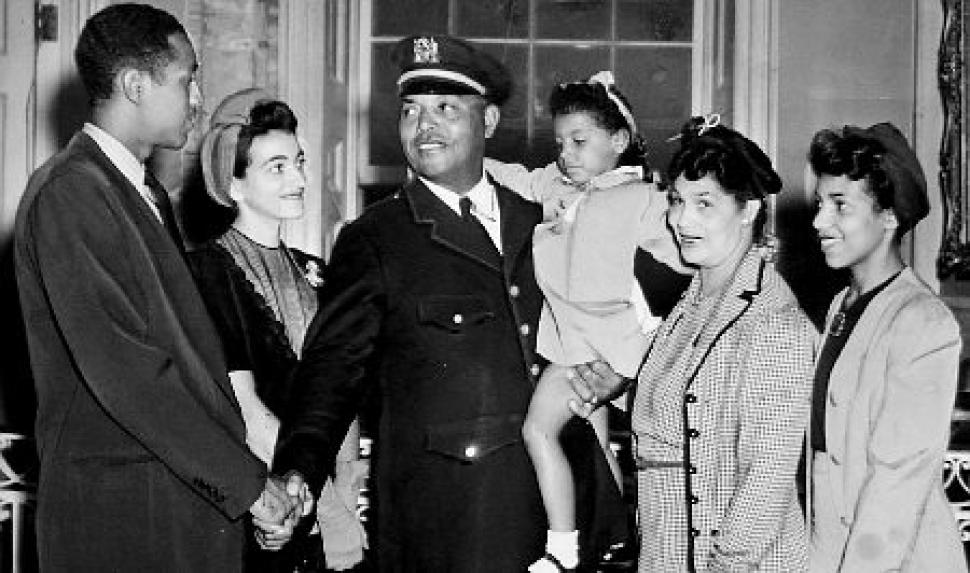 “What we want is an equal opportunity to enjoy life and to make our own way,” he said. His advice: “Make your own opportunities. When you see them, take hold of them and never give up.”

He died on August 7, 1966, was the first black police officer in the city of New York City.

In 2009, the 135th and Lenox Avenue intersection in Harlem, New York was named after him.