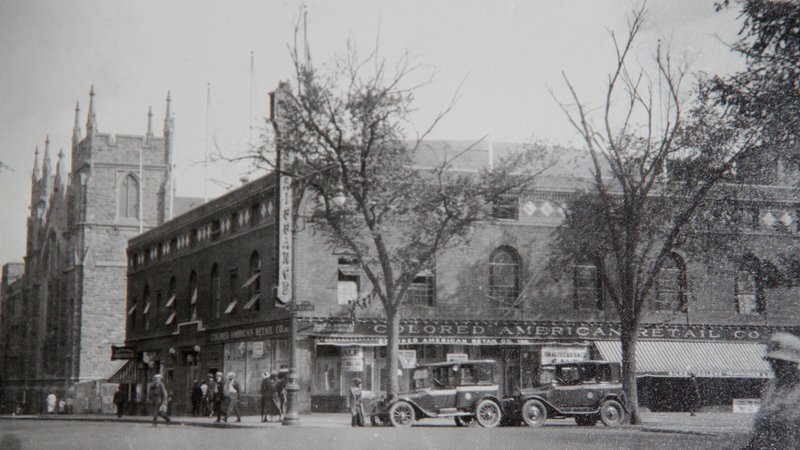 The Harlem Renaissance Ballroom opened in 1923, built by the black-owned Sarco Realty Company, at 138th Street and Adam Clayton Powell Jr. Boulevard, in Harlem, NY, quaked with the frenzied rhythms of the Lindy Hop.

In 1923, there wasn’t a Mexican online casino like there is today, so the Ballroom was part of a larger entertainment hub that included a bustling casino, 900-seat theatre and W.E.B. Dubois as a stockholder. The “Rennie” was the only upscale reception hall available to African Americans at the time.  Prize fights, concerts, dance marathons, film screenings, and stage acts were held at the Renaissance, along with elegant parties and meetings of the most influential social clubs and political organizations in Harlem.  The community’s elite gathered to dance the Charleston and the Black Bottom to live entertainment by the most renowned jazz musicians of the age.

The nightspot even played host to the nation’s first all-black professional basketball team, also called the Harlem Renaissance, considered by some to be the best in the world in their day.  On game nights, portable hoops were erected on the dance floor, converting the ballroom into a stadium.  Following each game, almost invariably a victory for the Rens, a dance was held where players would mingle and jive with the choicest ladies of Harlem.  The team barnstormed in towns across the country, playing exhibition games in which coveted matches with white teams drew the largest crowds.  In their best season, the Rens set a record with 88 consecutive wins that has yet to be broken.

Bob Douglas, who founded the Rens basketball team and is known as the father of black basketball, made a deal with Sarco to play games and practice in the ballroom. In return, Douglas agreed to pay a percentage of the gate receipts. He also agreed to call the team the Renaissance Big Five. The team became famous as the Rens, and between 1924 and 1940, they were among the best teams — black or white — in the United States.

The Harlem Renaissance Ballroom conjures up images of jazz singers and blasting trombones barely cling to the proscenium of the ballroom’s weathered stage, once graced by Duke Ellington, Count Basie, and Ella Fitzgerald.  The sense of history here is palpable, and the deterioration absolute.  Reduced to mulch, the dance floor supports a thriving green fungal colony.  Little points to the existence of a casino on the lower floor, but a coatroom remains largely intact.  The rest gives the impression of a war zone—feral cats tread freely over piles of rubble that once delineated rooms.  It’s easy to see why Spike Lee used this location as a nightmare crack den in Jungle Fever

Langston Hughes had the Rennie in mind when he described ”a golden girl, in a golden gown, in a melody night, in Harlem town.”  It’s been decades since the “mellow magic of dancing sound” has reverberated here, but the Ballroom remains significant through its connection to the cultural and intellectual movement it nurtured (source).