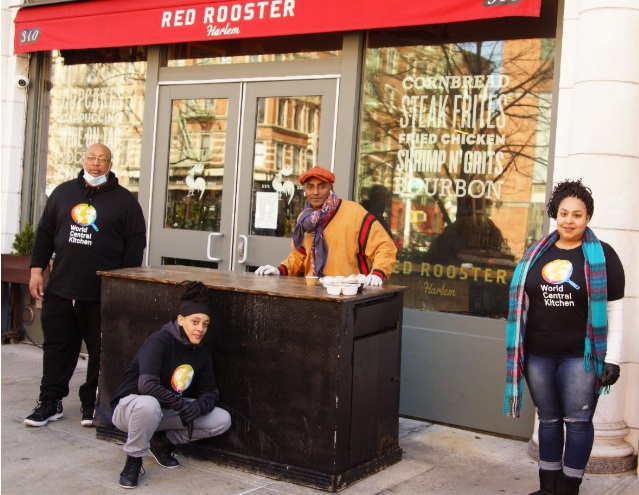 Two celebrity chefs will team up to provide free meals at a Harlem restaurant to help people experiencing food insecurity during the outbreak of new coronavirus in New York City.

Harlem chef Marcus Samuelsson’s neighborhood restaurant Red Rooster, located on Lenox Avenue and near 126th Street, will be distributing free to-go meals every Monday through Saturday starting at noon until all meals are given out, the chef announced this week. Samuelsson will be aided by chef José Andrés’ organization World Central Kitchen.

“Now, more than ever, we need to come together to support everyone in our community to combat food insecurity in the midst of this crisis. As we have learned from our 10 years serving this neighborhood and my past 5 years as the co-founder of Harlem EatUp! with our main beneficiary Citymeals, there are a tremendous number of food insecure people in our community under the best of circumstances,” Samuelsson said in a statement.

“That is why Red Rooster Harlem is doing its part to serve as a food hub, supporting incredible partners like World Central Kitchen to safely provide meals in this extraordinary time of need,” the chef added. 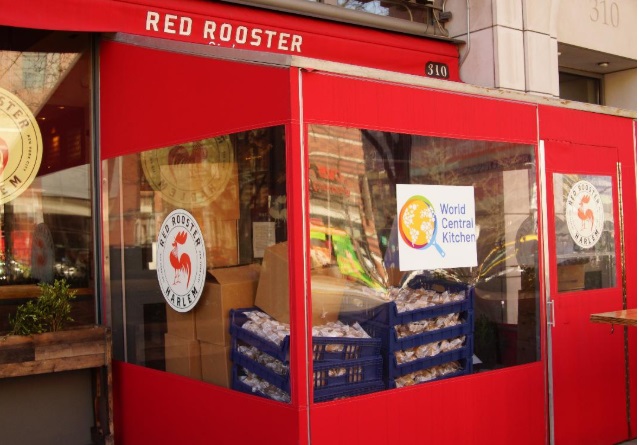 Andrés’ World Central Kitchen has distributed more than 15 million meals to people in need since its founding in 2010. Andrés’ was nominated for the Nobel Peace Prize for the organization’s efforts in Puerto Rico following Hurricane Maria.

World Central Kitchen is organizing chefs throughout the United States to identify areas of need, deliver meals to people experiencing food insecurity and establish community kitchens, according to its website.