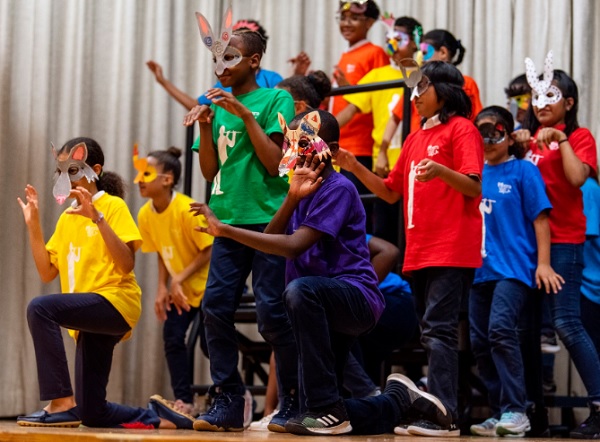 Hailed as “a remarkably strong and diverse exploration of everything opera can be in the city (The New York Times),” the New York Opera Fest celebrates its fifth season with performances by 20+ local opera companies in all five boroughs of New York City. Presented by the New York Opera Alliance, with support from OPERA America, this annual festival runs for two months May-June 2020 starting with a special kick-off event April 27th. This year’s festival includes 60+ performances including eight world premieres: No Dominion Theatre Company’s HindSight by librettist Bea Goodwin and composer Felix Jarrar; KAMMEROPER 1804, Beethoven’s other opera, performed by Capital Opera Albany; a translation of Mozart’s Il re pastore (The Shepherd King) by the little OPERA Theatre of ny, a new four-piece Richard Burke Opera by Hunter Opera Theater, Midnight in the Garden by Vertical Player Repertory showcasing soprano Francesca Mondanaro, American Opera Project’s biannual concert of world premiere songs; sci-fi work Red Giant performed by Rhymes with Opera; and Performance of Self, a new work commissioned by Beth Morrison Projects that explores gender and sexuality identification (Please scroll down for preliminary festival schedule.)

“What a great time to be enjoying opera in the city!” says Peter Szep, founding director of the New York Opera Fest and co-founder of New York Opera Alliance. “The number of opera companies in our metropolis is astounding and continues to grow each year. We are honored to provide these artists with a platform to develop new works, and engage with communities of all ages and backgrounds. We strive to provide an event that is accessible and affordable for all audiences. This is truly your neighborhood festival.”

Marc A. Scorca, president and CEO of OPERA America, the national membership organization for opera that supports NYOA and the Opera Fest, notes, “The vibrancy and ingenuity of the companies that make up the New York Opera Alliance and perform in the NY Opera Fest are inspiring innovation across the entire country. Similar companies are popping up in cities across North America, and many of them are inspiring innovation at larger established companies. They all should aspire to collaborate as effectively as the NYOA in producing such a reputable annual festival.”

The festival has grown tremendously over the past five years. Since its inception in 2016, the festival has premiered 40+ works, presented over 360+ performances by 100+ companies. In addition, NYOA is thrilled to report that the number of works by women has doubled the past five years. For the first time, the festival will take place in all five boroughs in diverse venues such as theaters, bars, school playgrounds, and museums. Opera on Tap will perform thrice in Brooklyn bars and even in a Harlem school playground. According to WQXR Radio, “the festival is a reminder that opera doesn’t need a 3,000-seat theater to be grand, and some of the more innovative, impassioned, exciting, and vital — as well as affordable — productions are coming out of these smaller, more nimble companies.”

“What I love about this festival is that it is not curated,” exclaims Szep. “No one’s voices are being filtered out. Every company has the autonomy to perform anything, anywhere.” This year’s festival showcases New York’s vibrant and varied opera scene, with repertoire ranging from the traditional operatic canon such as Puccini’s Turandot (Regina Opera Company), Mozart’s The Magic Flute (Brooklyn College Opera Theatre), and Smetana’s masterpiece The Bartered Bride (Bronx Opera), to contemporary works such as: Performance of Self, a new piece commissioned by the revered Beth Morrison Projects, little OPERA theatre of NY’s The Shepherd King, a new singing translation of Mozart’s Il re Pastore; Heartbeat Opera’s Lady M, a 90-minute, multi-media concert version of Verdi’s Macbeth; Encompass New Opera Theatre’s exploration of the Brazilian rain forest’s protection efforts in Angel of the Amazon, and Libby Larsen’s cabaret opera Barnum’s Bird (2002) performed by New Camerata Opera that dramatizes the artistic and commercial partnership between famed Swedish soprano Jenny Lind and American promoter and showman P.T. Barnum.

The New York Opera Alliance (NYOA) is a consortium of New York City opera companies and producers established to enhance and support the visibility and viability of opera in NYC. Founded in 2011, NYOA has grown from 13 organizations to 50 strong. Since 2013, NYOA has been fiscally sponsored by OPERA America. NYOA believes that New Yorkers and visitors to New York alike can be better informed about the breadth, range and vitality of New York City’s opera-producing community. NYOA is a community-driven organization; together, they aspire to increase awareness of participating organizations, share ideas and resources, and generate revenue for collaborative projects.

OPERA America is the national membership organization for artists, administrators, trustees and audiences, dedicated to supporting the creation, presentation and enjoyment of opera. Based in New York City at the National Opera Center, a custom-built rehearsal and performance facility for the opera field, OPERA America is committed to advancing new work, audience engagement, civic practice, artist and leadership development, research, national advocacy and inclusive industry that moves opera forward in America.

Opera Lafayette presents the modern premiere of Philidor’s Le Maréchal ferrant (The Blacksmith) (1761), bridging city and country and celebrating rural themes and audience participation. For the first time Opera Lafayette translates an 18th-century French opéra-comique to be sung and spoken in English, recapturing the humor and immediacy of the original by adapting the story to the late 19th-century American West and integrating American folk songs into the plot where French folk songs were originally sung. The folk songs include familiar tunes like “Buffalo Gals” which invite audience participation as well as ones with insightful social commentary like “When I was Single” and “Darlin’ Corey”.

Opera on Tap Presents: Playground Opera – La Cenerentola 2.0, a new take on Rossini’s operatic drama featuring Opera on Tap rostered singers and students of Harlem’s PS 129 school. The Playground Operas program is a school day program that immerses students in the creation, production and performance of an opera. With the guidance of professionals working in the field today, students explore the operatic experience from the first moment of an opera’s creation to the exciting culmination of its performance. The stage? Their own schoolyard playground. These performances are FREE and open to the public!

Tickets range from FREE-$12. Discounted tickets may be purchased by contacting NYOA at NYoperafest.com or TodayTIX.com. Tickets go on sale April 1, 2020.