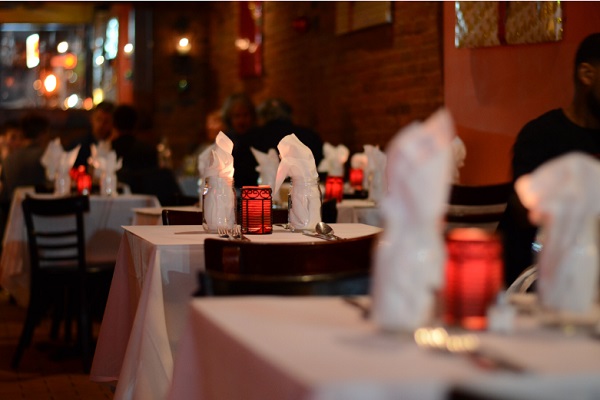 “When Harlem Park to Park created Harlem Restaurant Week in 2010, it was with the intent of seeing Harlem’s hospitality field recognized across the city, country and world,” said Nikoa Evans Hendricks, Executive Director of Harlem Park to Park. “This collaborative effort takes us one step closer by combining our efforts with the backing of the city and state to shine a spotlight on these businesses and this wonderful neighborhood they call home,” she concluded.

Diners will have an opportunity to try global cuisines next to traditional fare and discover new gems, like Chef JJ Johnson’s newly opened Field Trip and Ruby’s Vintage, named one of Time Out NY’s top brunch and cocktail spots; along with iconic standards like Sylvia’s and Red Rooster and newer versions like BLVD Bistro, also just featured in the New York Times. “Harlem Restaurant Week is a centerpiece of the neighborhood’s efforts to promote its vast array of cultures and cuisines each year,” said Curtis Archer, President of the Harlem Community Development Corporation. “We look forward to celebrating Harlem’s local businesses, community organizations and great restaurants this week and all year round.”

Harlem Restaurant Week was conceived as the reality of the economic downturn set in. With the survival of small businesses in jeopardy, and the community having suffered the loss of several anchor institutions, an enterprising group of local entrepreneurs banded together to create an opportunity for businesses to work together in Central Harlem. The creation of the nonprofit Harlem Park to Park (HP2P) allowed the group to collectively promote marketing and economic development vehicles that helped them grow interest in local businesses from within and outside the community.

“We recognized early on that based on the strength of our Manhattan real estate, we would rebound and our goal was to make sure our local businesses would be positioned to benefit when it happens,” said HP2P founding board member and developer Beatrice Sibblies of BOS Development.

Among those initiatives was Harlem Restaurant Week. Much like its downtown counterpart, the program offers prix fixe menus from participating restaurants as a way to drive more business to the venues. Soon, the program’s success would encourage other local merchant groups in Harlem to create restaurant weeks highlighting businesses in their neighborhoods. With that came an influx of new dining and entertainment concepts from talented hospitality personalities. From Matthew Trebek’s ode to Mexico at Oso or a sampling of Harlem’s dozens of unique craft cocktail bars like The Honeywell and Solomon & Kuff on the West side; to East Harlem Bottling Co., Amor Cubano and Nocciola on the East; there are many new finds to discover Uptown during Harlem Restaurant Week.

“Harlem is a blend of neighborhoods that creates a beautiful mix of culture, history and cuisine, making it a truly unique part of Manhattan,” said Chena Clark, Bradhurst Merchants Association.

“We are thrilled to have this unique neighborhood recognized on such a large scale,” said Carey King of Uptown Grand Central whose member restaurant Uptown Vegan will be among the restaurants offering tastings for $5.

“Harlem is one of the most iconic neighborhoods in the world. So we are thrilled to be at a point where so many of our restaurants are gaining recognition and visibility. We can now provide a platform to present these important venues to the world, just as the culinary experience in other great cities such as New Orleans, Chicago and Atlanta are placed center stage during their restaurant weeks,” said Lloyd Williams, President of the Greater Harlem Chamber of Commerce.

“We’re excited to welcome visitors into our restaurants to enjoy the works of some of Harlem’s most talented artists,” said Quenia Abreu, President, NYC Women’s Chamber of Commerce.

Various restaurants are planning entertainment showcases ranging from live jazz and music performances to dance and talks, in the tradition of Harlem’s gathering spots. A list of retail bonus offers and cultural events are listed and will be regularly updated on the HRW website at www.harlemrestaurantweek.com.

New York State features 11 beautiful vacation regions, featuring landmarks such as Niagara Falls, the largest park in the continental U.S. in the Adirondacks and treasures such as the Baseball Hall of Fame in Cooperstown and the Corning Museum of Glass. New York State offers diverse activities for all: outdoor fun – snowmobiling, skiing and snowboarding, fishing, hiking and boating, year-round festivals and exploring the rich history and culture of one of the 13 original colonies. Visitors also enjoy the fine cuisine, beverage trails and farm-to-table fresh foods. Learn more at iloveny.com. Media can find press releases and more at iloveny.com/thebeat.

Harlem Park to Park (HP2P) is a social enterprise representing 250+ entrepreneurs committed to cultural preservation, small business and economic development in Central Harlem, NYC’s premiere cultural, dining, shopping, lifestyle and nightlife hub north of 110th Street. The membership of Harlem Park to Park is comprised of premiere businesses located within the geographic area of Central Park North to 145th Street and Morningside Park to Marcus Garvey Park. HP2P produces strategic marketing and economic development initiatives designed to promote and ensure the sustainability of its member businesses; and celebrate the neighborhood’s history. For more information about HP2P visit us at www.Harlemparktopark.org.

The mission of our Chamber is to improve the quality of life for all of our residents, as well as to develop and attract quality business and professional services. We are pleased that our Chamber dramatically continues to attract an ever-growing local, regional, national and international support base, ranging from single proprietors to Fortune 500 Corporations. Our members consist of those who wish to contribute to and thrive from Harlem’s world-renowned vitality and recognition as a worldwide tourist, entertainment, sports, arts, cultural, educational, historic, religious and health services destination of international diversity.

Harlem is one of the most culturally rich neighborhoods in New York City and in the world. It’s where the Harlem Renaissance began, inspiring a cultural movement across the United States. It’s where legendary performers like Aretha Franklin and Michael Jackson were discovered and where jazz and gospel music still flood the sidewalks. It’s also where the soul food classic chicken and waffles was invented. Harlem Week 2019 marks its 45th year. It has become one of the largest cultural events in the nation and this year will have 100+ events spanning conferences, seminars, sports, music, food, dance, and more.

1971 to 1995. Through the creation of partnerships, HCDC plans and facilitates a wide range of community revitalization initiatives, strengthening upper Manhattan and its economically and culturally vibrant communities. HCDC has three primary departments: Business Services, Community Development and the Weatherization Assistance Program.

Union Settlement has served the people of East Harlem since 1895. One of the largest settlement houses in New York, Union Settlement serves more than 10,000 East Harlem residents of all ages each year through its education, health, senior services, youth development, childcare, counseling, and economic development programs. Our Business Development Center offers business courses, workshops and technology education, at beginner and intermediate levels. We provide access to loan information and sound business development assistance to maintain, expand or create new businesses in East Harlem.

Harlem Congregations for Community Improvement, Inc. (HCCI) is committed to the holistic revitalization of Harlem. We provide economic development and empowerment opportunities to help Harlem residents rebuild and sustain their community. Founded in 1986, HCCI is a coalition of inter-faith congregations that has implemented a comprehensive portfolio of programs to provide affordable housing and safe streets; offer opportunities for individuals and groups to become and remain economically independent; increase understanding of and access to health care; and provide substantive educational programs for adults and young people. Through alliances with other community organizations, elected officials and local residents, HCCI has also helped reduce crime in the community; increase public sanitation; and preserve and transform open space.

Uptown Grand Central is a 501c3 nonprofit dedicated to transforming East 125th Street into a thriving corridor by delivering programs that put advocacy into action through collaborations with small businesses, residents and neighborhood organizations across East Harlem. Since we got our start five years ago as the New Harlem East Merchants Association (NHEMA), we have brightened hopes for the community via programs that include organizing our small businesses, hiring formerly homeless individuals to clean our streets, beautifying the commercial corridor with public art and holiday lights, sponsoring street festivals and promotions including Party On Park and Solstice Soul Train, and adopting the public space near the Metro-North tracks at 125th Street & Park Avenue as a community plaza that features a year-round farmers market and promotes local small businesses.

The Bradhurst Merchants Association is a 501(c)6 organization located in Harlem’s Bradhurst District. This effort was initiated for business-to-business networking and relations purposes. As business owners, it is important to connect with other community business community owners, provide support in promoting the Bradhurst area, and its businesses, as well as reach out to new prospective members and/or business people who are interested in opening businesses here. As we continue to grow and cultivate the area, the organization is expanding its efforts to provide residents/consumers with unmet goods + services needed within the community

The New York Women’s Chamber of Commerce (Women’s Chamber), established in 2002, is a not-for-profit charitable 501(c)(3) tax-exempt organization dedicated to assisting women to achieve success and economic independence through business ownership and self-employment. NYWCC advocates for and actively works to create equal and fair business opportunities fostering an environment that nurtures the growth of women-owned businesses in the City and State of New York. We propel and support business success for our members through network building, educational resources, assistance with government contracting and advocacy. Since its creation, the Women’s Chamber has provided business services and training to more than 20,000 individuals, assisted with the creation of more than 5,000 new businesses and aided entrepreneurs in accessing 35 Million in the capital and 45 Million in procurement contracts. The organization has also assisted more than 1,000 entrepreneurs in applying for minority certification through its Minority and Women Business Enterprise (MWBE) Center and its Women Microenterprise Institute.

The mission of Empire State Development (“ESD”) is to promote a vigorous and growing state economy, encourage business investment and job creation, and support diverse, prosperous local economies across New York State through the efficient use of loans, grants, tax credits, real estate development, marketing and other forms of assistance.