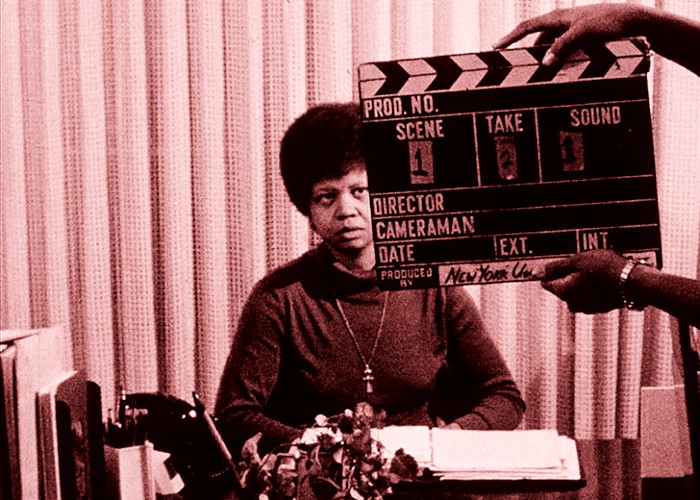 She is the author of a book on the first ten years of the career of Oscar Micheaux, an African-American who directed 40 “race pictures” between 1918 and 1940.

She is thus credited for having helped rediscover some of Oscar Micheaux’s rare surviving films.

She is the founder of African Diaspora Images, a collection of visual and oral histories that document the history of African-American filmmaking.

Part of her journey includes teaching young people film in the 1960s and 1970s.

In 1931, Pearl Bowser was born in Harlem as the youngest of seven children. She frequented the movie theaters of Harlem along 125th street watching “Hollywood Westerns, B-movies and whatever black films were out at the time.”

Bowser stumbled upon her career in film when a friend, documentary filmmaker Ricky Leacock, asked her to work in his office where she helped out with billing and ordering equipment.

Bowser started teaching seminars and workshops on African-American and African film at universities, libraries and museums in 1971.

She was the director of the Theater Project at Third World Newsreel, the largest distributor of independent film by people of color in the United States, from 1978 to 1987.