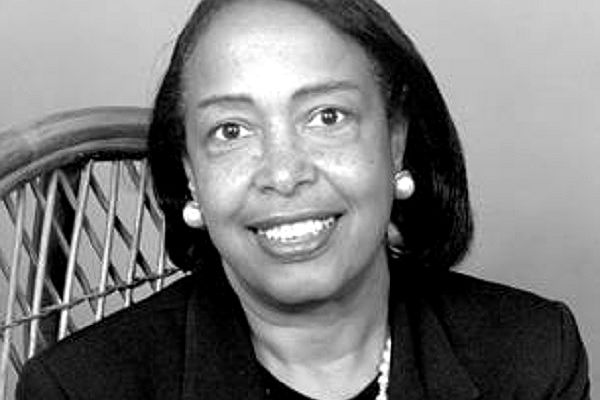 Patricia Era Bath, November 4, 1942 – May 30, 2019, was an American ophthalmologist, inventor, humanitarian, and academic. She was the first woman member of the Jules Stein Eye Institute, first woman to lead a post-graduate training program in ophthalmology, and first woman elected to the honorary staff of the UCLA Medical Center.

The holder of five patents, she also founded the non-profit American Institute for the Prevention of Blindness in Washington, D.C.

Born on November 4, 1942, in Harlem, New York, Patricia Bath is the daughter of Rupert and Gladys Bath.

Her father was an immigrant from Trinidad, a newspaper columnist, a merchant seaman and the first black man to work for the New York City Subway as a motorman.

Her father inspired her love for culture and encouraged her to explore different cultures. Her mother was descended from African slaves and Cherokee Native Americans.

Gladys Bath decided to be a homemaker while her children were young, then later became a housekeeper to help fund the education of her children.

Patricia and her brother attended Charles Evans Hughes High School where both students excelled in science and math. Patricia was inspired by her teachers to pursue research.

Inspired by Albert Schweitzer’s work in medicine, Bath applied for and won a National Science Foundation Scholarship while attending high school; this led her to a research project at Yeshiva University and Harlem Hospital Center studying connections between cancer, nutrition, and stress.

The head of the research program realized the significance of her findings and published them in a scientific paper.

In 1960, still a teenager, Bath won the “Merit Award” of Mademoiselle magazine for her contribution to the project.

Bath received her Bachelor of Arts in chemistry from Manhattan’s Hunter College in 1964 and relocated to Washington, D.C. to attend Howard University College of Medicine.

Her freshman year at Howard coincided with the Civil Rights Act of 1964. She co-founded the Student National Medical Association and became its first woman president in 1965.

At Howard, she was awarded a Children’s Bureau National Government Fellowship Award to do research in Belgrade, Yugoslavia, in the summer of 1967. The highlight of the award ceremony was the meeting of Earl Warren, chief justice of the United States Supreme Court, at the US Embassy in Belgrade.

Bath graduated with honors from Howard University College of Medicine in 1968. She was awarded the Edwin Watson Prize for Excellence in Ophthalmology by her mentor, Lois A. Young.

The assassination of Martin Luther King Jr. in 1968 caused Bath to dedicate herself to achieving one of the dreams of King, namely the empowerment of people through the Poor People’s Campaign.

She organized and led Howard University medical students in providing volunteer health care services to the Poor People’s Campaign in Resurrection City in the summer of 1968.

Bath returned to her Harlem community and interned at Harlem Hospital Center, which had just become affiliated with Columbia University College of Physicians and Surgeons.

During her internship, she observed large proportions of blind patients at Harlem Hospital in comparison to patients at the Columbia University Eye Clinic. Prior to beginning her ophthalmology residency study at NYU in 1970, she was awarded a one-year fellowship from Columbia University to study and contribute to eye care services at Harlem Hospital.

She began to collect data on blindness and visual impairment at Harlem Hospital, which did not have any ophthalmologists on staff. Her data and passion for improvement persuaded her professors from Columbia to operate on blind patients, without charge, at Harlem Hospital Center, which had not previously offered eye surgery.

Bath was proud to be on the Columbia team that performed the first eye surgery at Harlem Hospital in November 1969.

She served her residency in ophthalmology at New York University, from 1970 to 1973, the first African American to do so.

After completing her residency at NYU, Bath began a Corneal fellowship program at Columbia University, which focused on Corneal Transplantation and Keratoprosthesis surgery (1973 to 1974).

While a fellow, she was recruited by both the UCLA Jules Stein Eye Institute and Charles R. Drew University to co-found an ophthalmology residency program at Martin Luther King, Jr. Hospital.

She then began her career in Los Angeles, becoming the first woman ophthalmologist on the faculty at Jules Stein Eye Institute at UCLA and co-founder and co-chair of the KING-DREW-UCLA Ophthalmology Program in 1974.

At both institutions she rose to the rank of Associate Professor. At UCLA, she founded the Ophthalmic Assistant Training Program (OATP) in 1978.

The graduates of the OATP are key personnel to provide screening, health education, and support for blindness prevention strategies.

In 1978, Bath co-founded the American Institute for the Prevention of Blindness and served as president.

While at UCLA Jules Stein Eye Institute, she established the Keratoprosthesis Program to provide advanced surgical treatment for blind patients.

The program continues today as the KPRO and thousands of patients have had their eyesight restored with this innovative technology.

In 1986, Bath elected to take a sabbatical from clinical and administrative responsibilities and concentrate on research. She resigned her position as Chair of Ophthalmology and followed her research pursuits as Visiting Professor at centers of excellence in France, England and Germany.

In 1993, she retired from UCLA, which subsequently elected her the first woman on its honorary staff.

Bath has lectured internationally and authored over 100 papers.

In 1986, Bath did research in the laboratory of Danièle Aron-Rosa, a pioneer researcher in lasers and ophthalmology at Rothschilde Eye Institute of Paris, and then at the Laser Medical Center in Berlin, where she was able to begin early studies in laser cataract surgery, including her first experiment with excimer laser photoablation using human eye bank eyes.

Bath coined the term “Laser phaco” for the process, short for laser PHotoAblative Cataract surgery, and developed the laserphaco probe, a medical device that improves on the use of lasers to remove cataracts, and “for ablating and removing cataract lenses”.

The device was completed in 1986 after Bath conducted research on lasers in Berlin and patented in 1988, making her the first African-American woman to receive a patent for a medical purpose.

The device — which quickly and nearly painlessly dissolves the cataract with a laser, irrigates and cleans the eye and permits the easy insertion of a new lens — is used internationally to treat the disease.

Bath has continued to improve the device and has successfully restored vision to people who have been unable to see for decades.

Bath has been honored by two of her universities. Hunter College placed her in its “hall of fame” in 1988 and Howard University declared her a “Howard University Pioneer in Academic Medicine” in 1993.

A picture book on her life and work in science was published in 2017, and was cited by both the National Science Teachers Association and the Chicago Public Library’s list of best children’s books of the year.

Bath died on May 30, 2019 at a University of California, San Francisco medical center from cancer-related complications, aged 76.