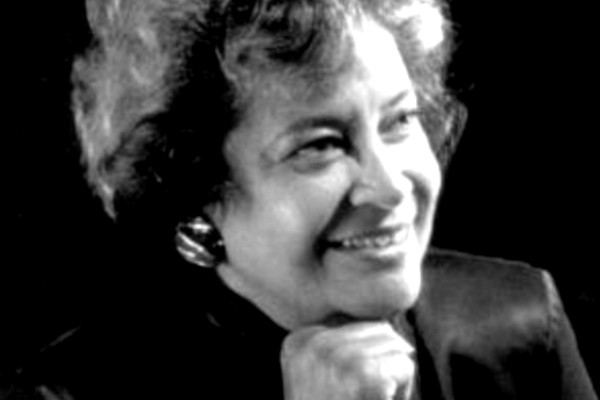 Sklarek is most recognized for designing the United States Embassy in Tokyo, Japan in 1976 and the Terminal One station at the Los Angeles International Airport in 1984.

After designing several buildings, she became the first black woman to own her own architectural practice with two women Margot Siegel and Katherine Diamond from 1985-1989.

She earned the nickname “The Rosa Parks of Architecture” from Author Anna M Lewis for her major accomplishments as a black woman in a male-dominated field and continued to be a voice for women who were likely to face discrimination in certain careers.

Norma Merrick Sklarek was born on April 15, 1926, in Harlem, New York. Her parents, Dr. Walter Ernest Merrick and Amelia (Amy) Willoughby were a doctor and seamstress, from St. Vincent and Barbados.

She grew up in Crown Heights, Brooklyn.

At a young age, Sklarek was closer to her father whom she received most of her training and ability from.

Maintaining a special father and daughter connection, Sklarek leaned towards architecture after being taught how to be hands-on in several activities and being exceptional in mathematics and science at Hunter College High School.

After spending a year of her college career at Barnard College, Sklarek spent the following years at Columbia University where she majored and received her Bachelors in Architecture.

Throughout her college experience, Sklarek had many hardships in assimilating with her classmates.

She had to constantly face predominantly white students who had valuable degrees and formed relationships and study groups with other students to get ahead on assignments.

Dealing with these obstacles on her own, Sklarek took advantage of her isolation by working outside the classroom setting.

As a result, she graduated five years later with her degree in architecture as the only African American woman.

After receiving her degree, Sklarek was unable to find work at an architecture firm, so she took a job at the New York Department of Public Works from 1950 to 1954.

Unsatisfied with her four-year job due to tedious expectations, Sklarek decided to take the architecture examination because she felt her job wasn’t challenging her abilities.

As a result, she became the first African American woman in New York to become a licensed architect in 1954.

As a result, she became the first African American woman in New York to become a licensed architect in 1954.

Within a year of attaining her license, she was hired at Skidmore, Owings & Merrill which exceeded her expectations in being hands-on and testing her skill-set.

While working at SOM for five years, Sklarek took a second job and “taught evening architecture courses at the New York City Community College” to support her two children while her mother helped with family responsibilities.

In 1960, Sklarek accepted the position of the first female vice president for Gruen and Associates in Los Angeles, where she worked for two decades.

While working at a company that was a big leap in her career, she experienced some discrimination within the work environment.

As a modern representative who didn’t have access to a vehicle, Sklarek’s boss blamed her for her tardiness to work even though her white male colleague was responsible for driving and making them both late every day.

As a result, she purchased her own car to put an end to prejudicial treatment.

At Gruen, Sklarek’s role involved supervising staff that she hired while also collaborating on other major projects simultaneously.

Throughout her career as an architect, it was common for women to be unacknowledged in their work because it was a male dominating field that focused on their self-image.

Whenever a client was introduced to an architect, the presence and name of a female architect was often kept unknown in order to keep businesses running.

In 1980, after her departure from Gruen Associates, Sklarek became the first black woman to be elected a fellow of the American Institute of Architects (AIA) after being the first African American woman member in 1959.

In 1980, after her departure from Gruen Associates, Sklarek became the first black woman to be elected a fellow of the American Institute of Architects (AIA) after being the first African American woman member in 1959. 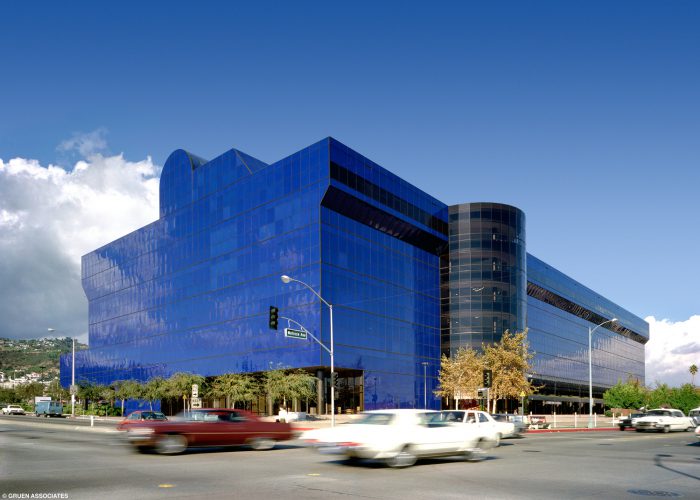 From 1980 to 1985, she also worked at Welton Becket Associates where she served as the project director of the $50-million construction for the Terminal One station at the Los Angeles International Airport.

Terminal 1 was completed in January 1984 just in time for “the millions of tourists expected for that summer’s Olympics” during that year. As the years went on, renovations were enhanced.

After Welton Becket Associates in 1985, Sklarek developed her own practice where she co-founded Siegel, Sklarek, and Diamond with Margot Siegel and Katherine Diamond.

The firm was the largest woman-owned firm at the time. Siegel, Sklarek, and Diamond put out proposals on five projects “and won all five commissions, an unheard-of batting average.” Hoping to work on larger projects again, Sklarek left the firm in 1989.

She continued to mentor many young women who aspired to be architects, worked on designing the Mall of America, and joined the Jon Jerde Partnership, as a Principal until her retirement in 1992.

Following her retirement, Sklarek was appointed by the governor to serve on the California Architects Board and served as chair of the AIA’s National Ethics Council for several years.

A former president of the AIA said of her: “She was capable of doing anything. She was the complete architect.”

Understanding that discrimination would play a major role in the architectural field as a female and African American, she remained determined and paved a way for future young women to do the same.

As she continued her career and received awards, she died from heart issues in 2012.

Sklarek had two sons named Gregory and David Fairweather as well as three marriages during her career.

As a single parent at the start of her career, her mother took the role of watching the children so she can begin her new profession.

After being known as Norma Merrick Fairweather is one of her marriages, she changed her last name to Sklarek in 1967 when she married Bauhaus graduate Rolf Sklarek, a Gruen architect whom she met at the Gruen Associates Firm.

Embassy of the United States in Tokyo

Although both Sklarek and César Pelli were responsible for designing the project in Gruen Associates, César Pelli was mainly accredited for this project, leaving Sklarek unrecognizable.

Her role was not only to design the building but to serve a major purpose of supervising and hiring staff for the building.

Even though she has done a lot with her collaboration with Pelli, she often is not mentioned for this accomplishment.

The Terminal One station at LAX was another major accomplishment by Sklarek with Welton Becket Associates in 1984 who served as the project director.

The Terminal One station was built along with the Tom Bradley International Terminal so people can travel overseas especially before attending the summer Olympics from July-August.

It is known for its extravagant architectural design that was a circular U shape. The $50-million station was constructed nearly two decades later to increase capacity.

While a director at Gruen Associates, Sklarek collaborated with César Pelli on a number of projects. Only the U.S. Embassy in Japan acknowledges Sklarek’s contributions.

Find out more about Architecture in Harlem here.