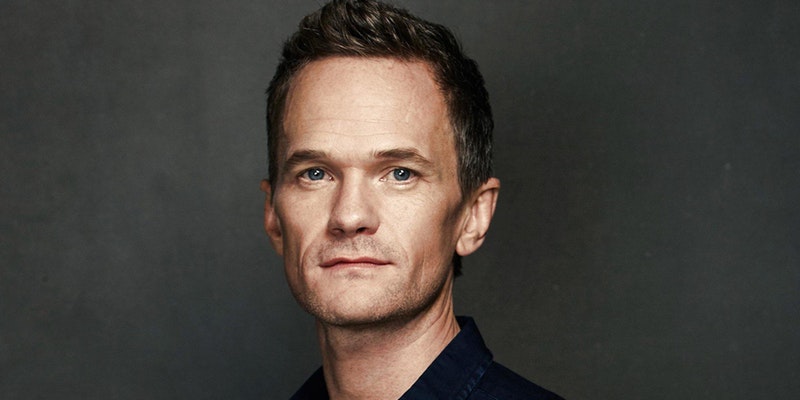 Neil Patrick Harris, an accomplished actor, producer, television host, author and magician, will kick off the new series at the Library on Sept. 11 with his new book, “The Magic Misfits,” a bestselling series that is his debut for middle school children.

National Book Festival Presents author events will be free to the public, though registration will be required. Subscribe here for email updates on ticketing and book sales, which will be announced in August. More information will be available at loc.gov.

Authors will be featured in conversation during special evening programs at the Library. Some children’s events may also be held on Saturdays in the future.

The Library’s National Book Festival, founded in 2001, will continue to host the signature daylong festival each year, celebrating its 20th anniversary in 2020.

“With the incredible success of the National Book Festival, we aim to engage even more readers of every age all year long with timely programs that celebrate storytelling, books and creativity,” said Librarian of Congress Carla Hayden. “National Book Festival Presents will feature a wide variety of subjects for diverse audiences and will highlight groundbreaking works in the humanities and science to fuel our ideas and imaginations.”

.” Harris is an accomplished actor, producer, director, television host and author. The “Magic Misfits” series is his debut for middle school children.

Sept. 19 – Joy Harjo begins her formal duties as the new U.S. poet laureate with an inaugural reading of her work at the Library, including from her new book of poetry, “An American Sunrise

.” Harjo is an enrolled member of the Muscogee Creek Nation, and her Native American identity is central to her work.

Sept. 24 – Edwidge Danticat on her new book, “Everything Inside: Stories

.” Danticat, a prominent Haitian-American writer, is the author of numerous books, including “The Art of Death,” “Claire of the Sea Light” and “I’m Dying.”

.” Pilkey’s “Captain Underpants” series has more than 80 million copies in print worldwide, and his series for children emphasizes ethics and civic engagement. His latest creation, “Dog Man,” is a No. 1 New York Times bestselling series.

Oct. 15 – Malcolm Gladwell on his new book, “Talking to Strangers: What We Should Know About the People We Don’t Know

.” Gladwell is the author of five New York Times bestsellers. He has also been included in the Time 100 Most Influential People, among other honors.

Oct. 24 – Alexander McCall Smith on his new book, “To the Land of Long Lost Friends: No. 1 Ladies’ Detective Agency Series

.” Smith is a leading writer of contemporary mysteries and is known for placing women in the role of detectives with his popular series “The No. 1 Ladies’ Detective Agency.” Smith was born in what is now Zimbabwe and is now a professor of medical law at the University of Edinburgh.

.” Smith was born in what is now Zimbabwe and is now a professor of medical law at the University of Edinburgh.

Nov. 6 – Karen Armstrong on her new book, “The Lost Art of Scripture: Rescuing the Sacred Texts.” Armstrong is the author of numerous groundbreaking works on world religions and speaks often on how faith shapes civic conversation.

Nov. 8 – Brad Meltzer on the launch of his new PBS series, “Xavier Riddle and the Secret Museum,” based on his books for children, “Ordinary People Change the World

,” the sequel to his bestselling “Call Me By Your Name

,” which was made into an Academy Award-winning film.

The Library of Congress is the world’s largest library, offering access to the creative record of the United States – and extensive materials from around the world –both on-site and online. It is the main research arm of the U.S. Congress and the home of the U.S. Copyright Office. Explore collections, reference services and other programs and plan a visit at loc.gov; access the official site for U.S. federal legislative information at congress.gov; and register creative works of authorship at copyright.gov.