Harlem’s Melii A New Talent For Your Playlist 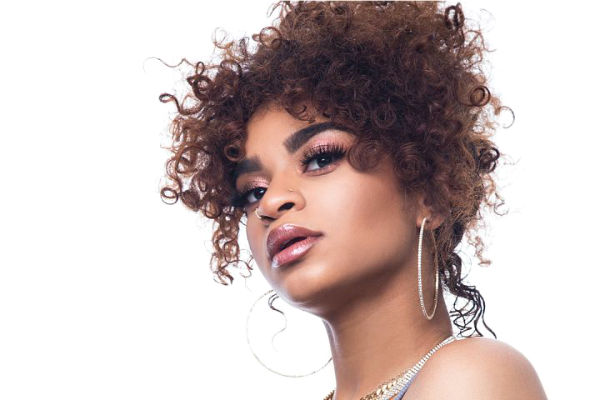 Melii is a Harlem rapper, singer and songwriter born in East Harlem, New York. She started buzzing in 2017 with her bilingual version of Cardi B‘s “Bodak Yellow” single. Running with the momentum, she released original tracks like “Icey”, “Charlie’s Line”, “Sh*t Talk” and “Wit The Shits (W.T.S.)

Prior to music, Melii expressed herself through the arts (poetry). She got exposed to the works of J. Cole at age 9 (Cole’s “College Boy” and “Crunch Time” are among her favorites). The young MC developed her singing voice and upped her confidence by volunteering and performing at nursing homes. When asked about her music influences, Melii cited Nicki Minaj, J. Cole, Amy Winehouse, and Lil Kim among others. Her debut single “No Simple Chick

” arrived in August 2017. Her bilingual take on Cardi’s “Bodak Yellow” followed in October 2017. It quickly went viral, racking up thousands of streams on SoundCloud and YouTube.

Melii closed out 2017 with “Balling” and a remix of Khalid‘s “Location.” Early 2018 saw the release of “Bk Woe” and “Icey.” Released as a WorldStarHipHop exclusive, the music video for Icey clocked in 1.6+ million views in the first 9 months. The track also received an Instagram shout from Rihanna. Not slowing down, Melii released “La Envidia Mata”, “Como Si Na”, “Sh*t Talk” and “Charlie’s Line.” She had a guest verse on the track “Wit The Shits (W.T.S.)” from Meek Mill’s 4th album Championships (2018).

In December 2018, Melii dropped a remix to Lil Durk‘s “Homebody.” Her latest single of 2018 “See Me” was released on December 10. It performed well, clocking in 250K SoundCloud spins in 25 days. Melii is signed to Interscope Records. She’s currently working on her debut album ‘Phases

Melii is around 5 foot x 5 inches tall and she’s of Dominican descent. She speaks both English and Spanish, as seen in her music. Her net worth is estimated at $300 thousand USD. Since her debut, Melii has been compared to acts likes Cardi B

. She has 380K+ monthly listeners on Spotify and 7K+ followers on SoundCloud. Her Instagram boasts 210K+ followers. In February 2017, Melii was charged with shooting a man at the Hanover Village apartment complex in Hanover, Pennsylvania. She was reportedly drinking and smoking at the time of the incident. The victim, Norman Lynch, was treated at neighboring Geisinger Wyoming Valley Medical Center. Melii was faced with charges ranging from aggravated assault to recklessly endangering another. Her bail was set at $25,000.

, landed in 2019 and featured appearances by Tory Lanez, Harlem’s Odalys, and A Boogie Wit da Hoodie.