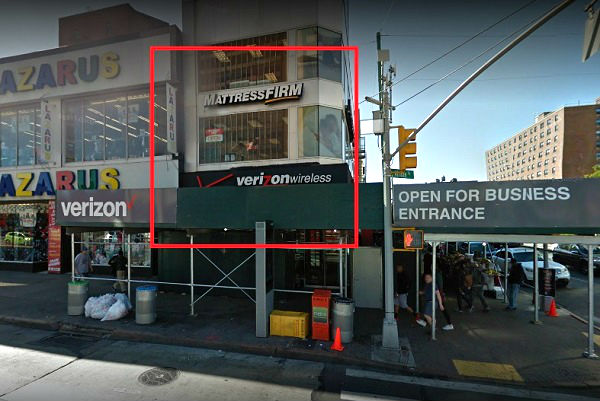 One of the developers accused of supplying kickbacks, including co-purchasing an oceanside home and a fishing yacht, to former Mattress Firm real estate executives in exchange for above-market leases has settled out of court.
Mattress Firm, which has a store at 125th Street and 7th Avenue, filed a motion January 9th, 2019, to dismiss its claim against Nashville-based Oldacre McDonald and its principal Mark McDonald amid its ongoing real estate fraud lawsuit in Houston court reports Bisnow.

In legal parlance, dismissing with prejudice means Mattress Firm will be unable to pursue the same charges against Oldacre McDonald in the future.

“My clients are happy to put this behind them and focus on what they do well,” said Oldacre McDonald’s attorney, Houston-based Beck Redden partner Alistair Dawson.

Dawson declined to disclose details of the settlement, including whether money was exchanged, due to a confidentiality disclosure, but said the settlement in no way means the developer is admitting to any of the allegations in the original lawsuit.

The original dispute is now more than a year old. Mattress Firm alleged that two former in-house real estate executives, Bruce Levy and Ryan Vinson, as well as a former broker with Colliers International Atlanta, Alexander Deitch, conspired to commit the retailer to too many leases, signed at above-market rents.

Of the 40 leases secured by Oldacre McDonald, 22 had length terms “significantly longer” than the retailer’s average leases, and in 11 of those cases, Mattress Firm claimed in the suit, it was paying rents “significantly higher” than comparable rents at other stores, in some cases just blocks away from the new locations.

Oldacre McDonald was accused of lavishing kickbacks and bribes to the trio of executives, including co-purchasing with Levy and Deitch a four-bedroom, 2,766 SF waterfront home in Summerland Key, Florida, for $1.6M and co-investing in a $110K Crevalle fishing boat.

Vinson also was named the president of Heritage 66 Co., a company founded by Oldacre McDonald that sold Taylor Swift-branded apparel in China, another example of kickbacks and bribes, Mattress Firm alleged.