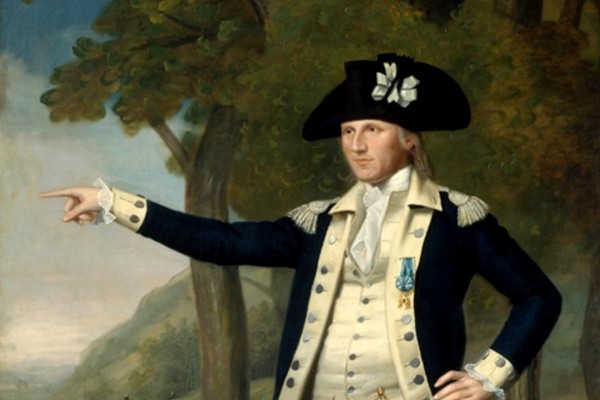 Marinus Willett, July 31, 1740 – August 22, 1830, was an American soldier and political leader who lived at 103rd and 104th Streets, between Amsterdam and West End Avenues in Harlem, New York. He was characterized by historian Mark M. Boatner as “one of the truly outstanding American leaders of the Revolution.”

Willett was born in Jamaica, New York, on Long Island, the son of Edward Willett a school teacher and tavern operator.

He served in the militia during the French and Indian War. He received a commission as 2nd lieutenant in a New York regiment under the command of Oliver DeLancey Sr. which took part in General James Abercrombie’s expedition to Fort Ticonderoga in 1758.

His regiment was part of John Bradstreet’s army in the Battle of Fort Frontenac. He became ill and stayed at Fort Stanwix until he recovered.

He graduated from King’s College (later Columbia University) and received his A.B. in 1776. Between the wars he also worked as a cabinetmaker.

The Old Store House at Turtle Bay, from which the Liberty Boys, led by Willett took the King’s stores
During the early stages of the American Revolution, Willett became an informal leader of the Sons of Liberty in New York City.

His main participation was as a rabble-rouser and street brawler. When news arrived on April 23, 1775 of the battles at Lexington and Concord he and others broke into the New York City arsenal and seized the weapons.

On June 6, 1775, when the British soldiers in New York decided to evacuate the city, Willett stopped the soldiers from taking spare arms with them.

On July 20, 1775, he and other members of the Sons of Liberty procured a sloop, surprised the guard and captured a British storehouse at Turtle Bay.

On June 28, 1775, he joined the Continental Army with a commission of captain in the 1st New York Regiment, commanded by Alexander McDougall. Six weeks later the regiment took part in Richard Montgomery’s Invasion of Canada and in December the Battle of Quebec.

In January 1776, the enlistments in the regiment expired and the men started home. Willett arrived in New York City in March. In the defense of New York City later that year Willett lost a captain’s commission in the 4th New York Regiment and participated as a militiaman.

In November 1776, he was made Lieutenant Colonel of the 3rd New York Regiment which was commanded by Peter Gansevoort. He spent the winter recruiting. In March 1777, he was given command of Fort Constitution in the New York Highlands.

From this fort, he engaged in a successful attack on one hundred British soldiers burning a house. The fort was abandoned when other nearby forts fell. In May, he was transferred to Fort Stanwix to join the rest of his regiment, where he was second in command.

On August 6, 1777, during the Battle of Oriskany he led a sortie from the fort which plundered the nearby Indian and Sir John Johnson’s Tory camp. His force suffered no casualties. He was presented with a sword from the Continental Congress for this exploit. After the American defeat at Oriskany, he and another officer slipped through British lines down the Mohawk to Fort Dayton for help.

They only took spontoons as weapons and whiskey, cheese, and crackers for food. At Fort Dayton he learned that Major General Schuyler had already dispatched a second relief force under the command of Benedict Arnold. Willett proceeded to Albany where he met with Arnold and then returned to Fort Dayton with Arnold’s army.

On August 20, Willett presided as a judge of Walter Butler who had been captured and was being tried as a spy. Butler was found guilty and sentenced to death. Butler was sent to Albany to await execution. In September, Willett left to visit his wife.

While the 3rd New York Regiment was idle spending the winter at Fort Stanwix, virtually all the officers petitioned to be transferred to the main army. Gansevoort gave Willett leave to visit George Washington in Philadelphia and the forts in Connecticut. In June 1778, he was given leave to join Washington’s Main Army.

He served as an aide to General Charles Scott and took part in the Battle of Monmouth. On March 15, 1779, he was given command of a new militia regiment, a position he neither accepted nor declined. He was second in command of the attack on Onondaga in April 1779.

In the summer of 1779, he was with the 3rd New York Regiment as it took part in the Sullivan Campaign. Afterward, it was for a short time stationed in the New York Highlands before joining the main army at Morristown. In January, he took part in a raid on Staten Island. This raid appears to be a separate raid from that conducted by Lord Stirling.

In early 1780, he was given command of the 5th New York Regiment a regiment that was severely understrength because of battles in the New York Highlands. In September, he was one of three officers of the New York Line who presented their grievances to the New York legislature. 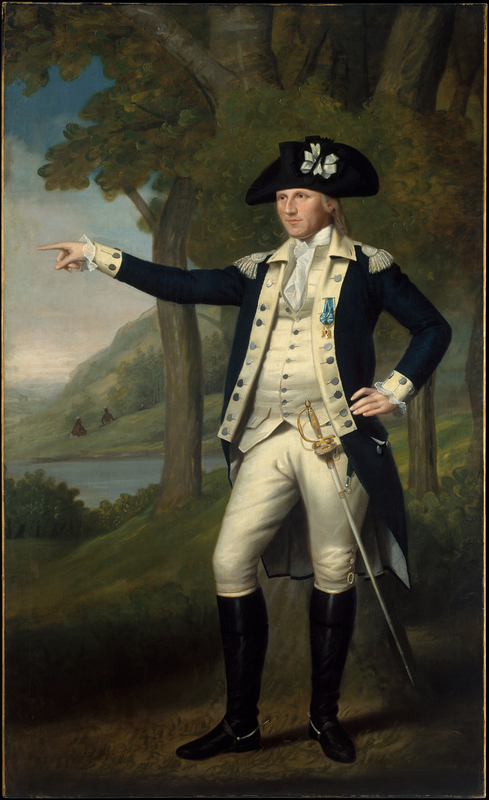 The men had not been paid since January and they asked for compensation in the form of land. He was made a full colonel of the regiment on December 22, 1779. On January 1, 1781 the number of New York regiments was reduced to two, and Willett lost his command. He went home to his wife in Danbury.

In April 1781, he was made a colonel of the militia and given responsibility for the defense of the Mohawk Valley. Although the Tryon County militia was nominally 1,100 men, he did not believe that more than five hundred would turn out.

His headquarters were at Fort Plain. He had about four hundred men which he split between Saratoga, Ballston, German Flatts, Canajoharie, Fort Hunter, Catskill, Johnstown, and Schoharie. By this time Fort Stanwix had been abandoned.

Willett wrote of the militia that “I don’t think I shall give a very wild account if I say, that one third have been killed, or carried captive by the enemy; one third removed to the interior places of the country; and one third deserted to the enemy.”

Afterward, the Americans marched to German Flatts as their scouts tracked the retreating force, which had been reduced to eating its horses. A forced march through a heavy snowstorm brought Willet’s force within two miles of the Loyalist camp by nightfall of October 29, but he eschewed a night attack in the storm.

Attacking the next morning, he found that the Loyalists had already broken camp. Captain Walter Butler was killed in the pursuit but the Loyalist force dispersed in the forest.

In late 1781, several companies of New Hampshire troops were added to his command. In February 1783, George Washington directed him to capture Fort Ontario, but Willet’s force gave up the attempt when the possibility of surprise was lost.

Washington visited the Mohawk valley in 1783 and he instructed Willett to improve the roads and waterway to Lake Oneida. In October, Willett’s troops went home after being disbanded without ceremony.

After the war, he aligned himself with George Clinton and the Anti-Federalist Party. He and several other members of the Sons of Liberty were elected to the State Assembly in December 1783.

In 1787, he took part in the putting down of Shays’ Rebellion. In 1788, he helped George Clinton in his fight against the United States Constitution.

Willett was a delegate from New York City to the state convention where he and other anti-federalists were defeated. As late as 1790, he was still trying to repeal or amend the United States Constitution.

In 1790 he was sent by President Washington to the Creek Indians to persuade their leader Alexander McGillivray to continue treaty efforts.

Willett was successful and a delegation of Creeks under McGillvray visited New York City, then capital of the United States, resulting in the Treaty of New York.

In 1791, he was appointed by Clinton to another term as the Sheriff of New York County, New York. Willett acquired considerable land, this is when we think he moved into lived at 103rd and 104th Streets, between Amsterdam and West End Avenues in Harlem and part of the former DeLancey estate.

In April 1792, he was appointed a brigadier-general to serve in the Northwest Indian War, but he declined. He wrote to George Washington that he thought the United States should not engage in a war with these Indians. He was also offered the position of peace emissary to the Indians which he also declined.

In 1801, he was appointed superintendent of construction of the fortifications of New York.

The state’s lieutenant governor, John Broome, died in office in August 1810. Willett ran unsuccessfully for that office in 1811, losing to De Witt Clinton.

Marinus Willett was married three times. He and Mary Pearsee were married in 1760 and had one son, Marinus, Jr., who died in 1778. 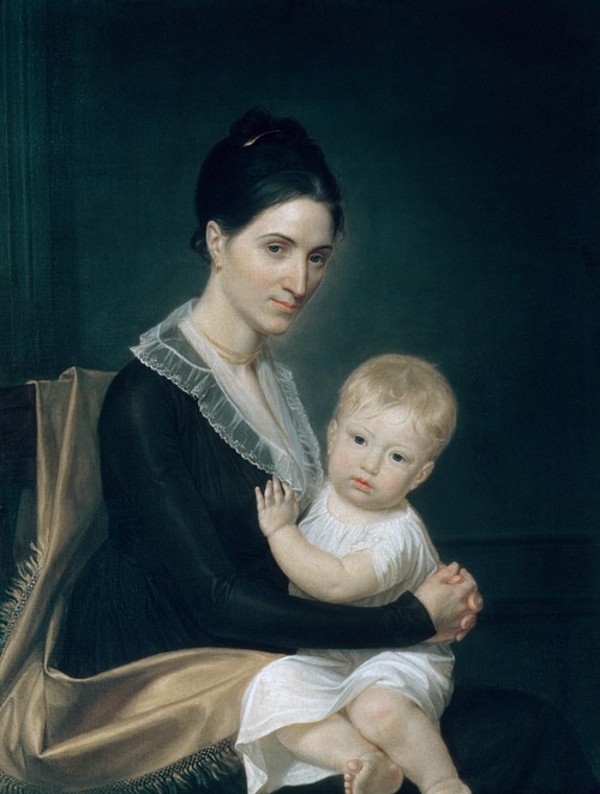 After Mary died in 1793, Willett married a widow, Mrs. Susannah Vardill; that marriage ended in 1799 when Susannah Willett filed for divorce.

Shortly thereafter, Willett married Margaret Bancker, by whom he had several children.

He died on August 22, 1830, and was buried in the churchyard of Trinity Church, corner of Broadway and Wall Street, in New York City. His funeral had 10,000 mourners. He was later reburied in the New York City Marble Cemetery.

Willett Street in Manhattan’s lower east side is named for him. The northern course of Willett Street, above Delancey Street, is presently occupied by the Samuel Gompers Houses.

A street in Albany, New York, bordering Washington Park is named for Willett. A memorial plaque commemorating Willett was fixed to a boulder in the park in 1907.

The boulder was struck many times by vehicles missing a sharp turn along Henry Johnson Boulevard, so the boulder and plaque were moved from the traffic island to the corner of State and Willett Streets in 2006 to give the memorial a safer place in anticipation of the park’s 200th anniversary.

The town of Willet in Cortland County is named for Marinus Willett. Its population was 1,043 at the 2010 census.

Willet Street in Fort Plain, the village Willet briefly made his headquarters while leading the Mohawk Valley militia during the later years of the Revolutionary War, is named for Marinus Willet.

His role in the French and Indian war receives brief mention in the Newbery Medal-winning children’s book The Matchlock Gun.

He was also portrayed in the classic Drums Along the Mohawk by Walter D. Edmonds.

The stories of Harlem leaders, legends, and trailblazers continue.