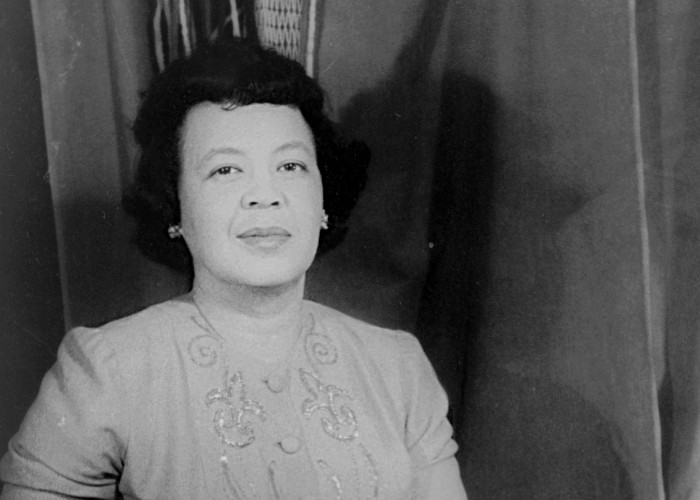 One of the first Black composers and performers to gain recognition in the United States, she is best remembered today for her popular arrangements of African-American spirituals and frequent collaborations with Langston Hughes.

Margaret Jeanette Allison Majors was born on March 3, 1913, in Chicago, Illinois. Her father, Monroe Alpheus Majors, was an active force in the civil rights movement as a physician and writer.

His work included the founding of a medical association for black physicians who were denied membership in the American Medical Association on the basis of race.

As an author, Majors is known for his book, Noted Negro Women: Their Triumphs and Activities, 1893, and for his work as editor of several African-American newspapers.

Her mother, Estelle C. Bonds, was a church musician and member of the National Association of Negro Musicians. She died in 1957.

Margaret was close to both of her parents; their influence in her life is undoubtedly clear in her own work as a musician.

When Bonds passed away on April 26, 1972, in Los Angeles, California, she was survived by her husband, daughter, and sister.

In 1917, when she was four years old, Margaret’s parents divorced. She grew up in her mother’s home and was given her mother’s maiden name, Bonds.

Bonds grew up in a home visited by many of the leading black writers, artists, and musicians of the era; among houseguests were sopranos Abbie Mitchell, and Lillian Evanti, and composers Florence Price and Will Marion Cook, all of whom would become influential to her future musical studies and career.

Bonds showed an early aptitude for composition, writing her first work, Marquette Street Blues, at the age of five.

Her first musical studies were with her mother, who taught Margaret piano lessons at home.

Bonds worked as an accompanist for dances and singers in various shows and supper clubs around Chicago;[8] she also copied music parts for other composers.

In 1929, at the young age of 16, Bonds began her studies at Northwestern University, where she earned both her Bachelor of Music (1933) and Master of Music (1934) degrees in piano and composition.

Bonds was one of the few black students at Northwestern University; the environment was hostile, racist, and nearly unbearable.

Although she was permitted to study there, she was not permitted to reside on campus. Margaret recalls, in an interview with James Hatch:

I was in this prejudiced university, this terribly prejudiced place…. I was looking in the basement of the Evanston Public Library where they had the poetry. I came in contact with this wonderful poem, “The Negro Speaks of Rivers,” and I’m sure it helped my feelings of security. Because in that poem he tells how great the black man is. And if I had any misgivings, which I would have to have – here you are in a setup where the restaurants won’t serve you and you’re going to college, you’re sacrificing, trying to get through school – and I know that poem helped save me.

Bonds moved to New York City after graduating from Northwestern University. There she attended the prestigious Juilliard School of Music and studied composition with Roy Harris, Robert Starer, and Emerson Harper, and piano with Djane Herz. She also studied with Walter Gossett.

She pursued lessons with Nadia Boulanger, who upon looking at her work said that she needed no further study and refused to teach her.

However, it is inconclusive whether Boulanger truly thought Bonds had no need of further instruction or was acting from a position of racial prejudice.

The work Boulanger refers to is The Negro Speaks of Rivers, a setting for voice and piano of Langston Hughes’ poem by the same title—the very poem which brought Bonds such comfort during her years at Northwestern University.

Langston Hughes (1901-1967) was a prolific African-American poet and writer. Hughes and Bonds became great friends after meeting in person in 1936, and she set much of his work to music.

On May 22, 1952, Langston (poet), Bonds (pianist), and Daniel Andrews (baritone) collaborated on a project, “An Evening of Music and Poetry in Negro Life,” performing at Community Church.

Ever a good friend, Hughes sent Bonds a Western Union telegram the afternoon of her performance, telling her how much he desired to be present and sending his best wishes.

Bonds wrote several music-theater works. In 1959, she set music to Shakespeare in Harlem, a libretto by Hughes. It premiered in 1960 at the 41st Street Theater. Other collaborations include “The Negro Speaks of Rivers,” “Songs of the Seasons,” and “Three Dream Portraits.”

Another work based on a text by Langston Hughes was first performed in February 2018 in Washington, DC, by the Georgetown University Concert Choir under Frederick Binkholder. Entitled “Simon Bore the Cross”, it is a cantata for piano and voice, and is based on the spiritual “He Never Said a Mumblin’ Word”.

The death of Langston Hughes in 1967 was difficult for Bonds. Afterward, she left her husband and daughter to move from New York to Los Angeles where she remained until her death on April 26, 1972.

Bond was active in her career throughout her studies at Northwestern University. In 1932, Bond’s composition Sea Ghost won the prestigious national Wanamaker Foundation Prize, bringing her to the public’s attention.

On June 15, 1933, Bond performed with the Chicago Symphony Orchestra—the first black person in history to do so—during its Century of Progress series (Concertino for Piano and Orchestra by John Alden Carpenter).

She would return in 1934 to perform Piano Concerto in D Minor composed by former teacher, Florence Price.

After graduation, Bond continued to teach, compose, and perform in Chicago. Two of her notable students were Ned Rorem and Gerald Cook, with whom she performed piano duos in later years.

In 1936, she opened the Allied Arts Academy where she taught art, music, and ballet.

That same year, an adaptation of “Peach Tree Street” appeared in Gone With the Wind.

In 1939, she moved to Harlem, New York where she edited music for a living and collaborated on several popular songs.

She made her solo performing debut at Town Hall on February 7, 1952. Around this same time, she formed the Margaret Bonds Chamber Society, a group of black musicians who performed mainly the work of black classical composers. Bonds lived in Harlem, and worked on many music projects in the neighborhood.

She helped to establish a Cultural Community Center and served as the minister of music at a church in the area.

Among Bonds’ works from the 1950s is The Ballad of the Brown King, a large-scale work which was first performed in December 1954 in New York. It tells the story of the Three Wise Men, focusing primarily on Balthazar, the so-called “brown king”.

It was originally written for voice and piano, but later revised for chorus, soloists, and orchestra, and eventually televised by CBS in 1960.

A large work in nine movements, the piece combines elements of various black musical traditions, such as jazz, blues, calypso, and spirituals.

Bonds was writing other works during this period of her career: Three Dream Portraits for voice and piano, again setting Hughes’ poetry, were published in 1959. D Minor Mass for chorus and organ was first performed in the same year.

As an outgrowth of her compositions for voice, Bonds later became active in the theater, serving as music director for numerous productions and writing two ballets.

In 1964, Bonds wrote Montgomery Variations for orchestra, a set of seven programmatic variations on the spiritual “I Want Jesus to Walk with Me.” Bonds penned a program for the work which explains that it centered on Southern Blacks’ decision no longer to accept the segregationist policies of the Jim Crow South, focusing on the Montgomery Bus Boycotts and the 1963 bombing of the Sixteenth Street Baptist Church in Birmingham. Bonds shared the completed work with Ned Rorem, a close friend and former student, in 1964. She eventually dedicated the work to Martin Luther King Jr.

Two years later, she moved to Los Angeles, teaching music at the Los Angeles Inner City Institute and at the Inner City Cultural Center. Zubin Mehta and the Los Angeles Philharmonic premiered her Credo for chorus and orchestra in 1972. Bonds died unexpectedly a few months later, shortly after her 59th birthday.

Margaret Bonds did much to promote the music of black musicians. Her own compositions and lyrics addressed racial issues of the time.

The performance with the Chicago Symphony Orchestra was a historical moment, marking the first occasion a black performer had performed with them as a soloist. Bonds connected her father’s political activism with her mother’s sense of musicianship.

In addition, many well-known arrangements of African-American spirituals (He’s Got the Whole World In His Hands) were created by Bonds.