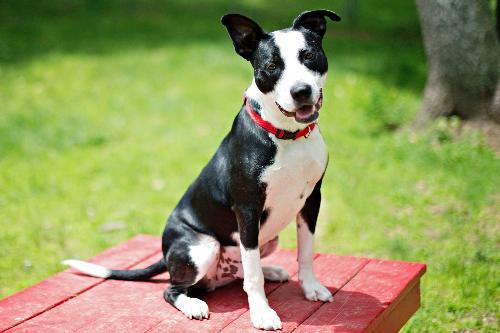 The bills support the welfare of dogs, horses, and birds, specifically, as well as the wellbeing of all animals. In addition to establishing an Office of Animal Welfare, increasing animal cruelty reporting, and promoting animal shelter adoptions and kennel cough vaccinations, the animal welfare package prevents the trafficking of wild birds, bans the sale of foie gras, and improves working conditions for carriage horses.

“I’m proud to sign this legislation that further solidifies our commitment to the humane and fair treatment of animals across our city,” said Mayor Bill de Blasio. “I look forward to continuing our work with elected officials and communities to protect animals and build on New York City’s leadership in animal rights.”

This legislation builds on the de Blasio Administration’s commitment to preserving and promoting animal rights. The City is the first in the nation to appoint a designated animal rights liaison within a City’s government to work with animal advocates and implement humane policies that impact animals. Notable accomplishments include the City’s ‘Meatless Mondays’ program. After a successful pilot initiative launched in 2018, all 1800 of the City’s public schools serve vegetarian meals on Mondays.

The administration has also invested $98 million in the development and renovation of full-service animal shelters in all five boroughs—making them the first administration in the City’s history to do so—and has achieved record shelter placement rates at their municipal shelters run by Animal Care Centers of NYC.

Through its work with the City Council and other stakeholders, the City has strengthened regulations and protections surrounding animal welfare. In 2017, the City banned the use of wild and exotic animals in circuses. In partnership with the ASPCA, the City established the NYPD Animal Cruelty Investigation Squad to exclusively investigate animal abuse and neglect cases, and implemented the Animal Abuse Registry. Other legislative achievements include a ban on sale of rabbits, as well as the sales of dogs and cats from puppy or kitten mills, and legislation requiring pet shops to only sell spayed or neutered dogs.

Through Int. 1478-A, the Administration will establish an Office of Animal Welfare, headed by a Director appointed by the Mayor. The Office will advise and assist the Mayor in interagency coordination and cooperation related to animal welfare administration, regulation, management, and programs.

The package of bills signed today also include, Intro 870-A, which requires animal shelters operated by New York City to post photographs of adoptable animals within three days. Intro 1202-A prohibits the trafficking of wild birds, including pigeons. Intro 1378-A prohibits restaurants and stores from selling foie-gras. Int. 1425-A prohibits carriage horses from being worked in certain heat conditions. Through Int. 1498-A the NYPD will now be required to publish semi-annual public reports on complaints and investigations of animal cruelty allegations. Int. 1570-A requires that dogs entering kennels are in compliance with the New York City Health Code and are vaccinated for kennel cough.

“Today is one small step for man and one giant leap for our four-legged friends. Indeed, it has been said that the moral progress of a society can be judged by how its animals are treated,” said Council Member Justin Brannan. “That is why, in a truly humane city, animals cannot be an afterthought. By establishing this office — the first of its kind in the nation –New York will lead the way as a city that not only cares about, but prioritizes animal welfare.”

“Bordetella bacteria is one of the most common causes of “kennel cough” in dogs and cats and can pose serious, if not deadly, complications for our favorite pets,” and City Council Health Committee Chair Mark Levine. “This disease is highly contagious and often poses a justification for euthanasia in dogs and cats who contract it. This bill will ensure that when dogs and cats use kennels, grooming businesses, or other pet-oriented establishments they will not be in danger of contracting or transmitting this very contagious disease. This bill will go a long to protect our furry friends from unnecessary harm when we the ability to so easily immunize them from this common and deadly sickness.”

“I want to thank Mayor de Blasio for signing into law this important package of bills that will ensure New York remains at the forefront of humane animal practices nationwide. When the Mayor signs my bills to ban force-fed poultry products and wild bird trafficking, we will be putting an end to two of the worst examples of animal cruelty in our City, and I look forward to the laws going into effect,” said Council Member Carlina Rivera.

“The City Council and the Mayor recognize the need to address cruel and abusive animal practices through this historic package of legislation,” said Council Member Keith Powers. “From providing updated protections for carriage horses to establishing the first Office of Animal Welfare, these reforms set a new benchmark for animal rights.”

“We’re thrilled that New York City is now the largest city in the world to protect ducks and geese from the abusive foie gras industry by banning the sale of force-fed products,” said Allie Feldman Taylor, President of Voters for Animal Rights. “New York has sent a clear message to foie gras producers that shoving a foot-long pipe down a bird’s throat and intentionally diseasing and enlarging their liver up to ten times its normal size in order to create some bizarre delicacy is cruel and has no place in our compassionate city. We’re beyond grateful to Mayor de Blasio for signing this landmark package of animal protection measures into law. By enacting this historic package, New York City has proven itself to be a leader on animal rights.”

“We thank Mayor de Blasio for signing these important animal welfare measures, which will reinforce New York City’s reputation as a place of deep compassion and a humane model for cities around the country,” said Matt Bershadker, President and CEO of the ASPCA. “We look forward to working with the Council and Mayor’s Office to continue protecting New York City animals from unacceptable suffering and abuse.”

“This package of bills just made New York a much more civilized city for animals. PETA is pleased that Mayor de Blasio and the city council recognize that animal rights issues are important to voters of all political persuasions,” said Dan Matthews, Senior Vice President of PETA.

“NYCLASS is thrilled that Mayor de Blasio is signing into law the historic package of animal protection bills that will improve welfare and end abuse for tens of thousands of animals, including the long-suffering carriage horses, urban wildlife and animals tortured for food production,” said Edita Birnkrant, Executive Director of NYCLASS. “We commend the Mayor, Speaker Corey Johnson and the City Council for resoundingly passing into law the Carriage Horse Heat Relief Bill, which will finally put a stop to the misery that horses have endured on scorching City streets every summer when forced to pull heavy carriages during dangerously humid heatwaves. That particular cruelty is now consigned to the history books and horses will finally get some relief. This bill signing today places New York City as a global leader in making compassion for animals a seminal part of a progressive agenda.”

“With the signing of these monumental animal rights bills, Mayor de Blasio continues to keep New York City at the global forefront of ethical and morally responsible conversations regarding animal welfare. Today marks an important and decisive victory for sentient beings all across the greatest & most progressive city on the planet,” said Fred (Doc) Beasley, Global Youth Culture Architect & Chapter Leader of NYC Hip Hop Is Green. “Hip Hop Is Green is honored to stand alongside the Mayor, community leaders and forward thinking activists as we continue to work together to make the world safer for all.”

“The Mayor is doing the right thing today! Our community is aligning with the radical notion that respect for sentient beings is absolutely necessary,” said Omowale Adewale, founder of Black VegFest. “This historic win for ducks and geese in banning foie gras signifies that intersectionality is a powerful new weapon. Ending the exploitation of animals runs parallel with people being healthy and addressing climate change. Black VegFest organizes our annual Brooklyn event with the message that there is no health plan or environmental benefit in the pain and suffering of animals. We never have to compromise our fight for justice to champion others.”

“Thank you to the City Council and Mayor de Blasio for working so hard to protect animals in New York City. These new laws will improve the lives of many animals, and the creation of an Office of Animal Welfare is an important additional step toward political representation for animals in our city. We have a responsibility to treat all animals with respect and compassion, and to consider human and nonhuman interests together when making decisions that affect us all. I am proud of my city for continuing to take the lead on animal welfare, and I look forward to working with them to build on this progress,” said Dr. Jeff Sebo, Director of the NYU Animal Studies M.A. Program.

“Mayor de Blasio and city lawmakers continue to lead the way on animal protection by passing into law a series of historic bills aimed at creating a more humane society in New York City. Today’s signing supports a new law protecting wild birds and pigeons currently being captured and transported to Pennsylvania for live pigeon shoots, in which organizers release pigeons from boxes just yards away from lines of waiting shooters who maim and kill the birds as targets. The Humane Society of the United States applauds Mayor de Blasio for signing this important measure into law,” said Brian Shapiro, New York State Director for The Humane Society of the United States.