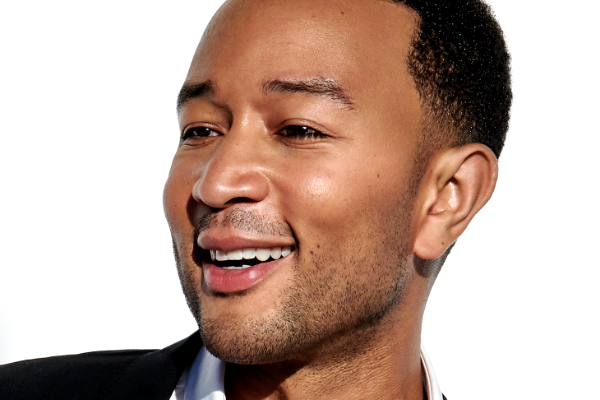 On September 23, 2020, at 7 pm ET, the Apollo Theater presents In Conversation: John Legend and Salamishah Tillet. The event will be presented free of charge on the Apollo Digital Stage at  www.ApolloTheater.org. Inspired by their mutual role model Harlem fave Nina Simone and her thoughts on the artist’s duty to reflect contemporary issues, Legend and Tillet will discuss art and social justice, the roots of Legend’s activism, and what he believes the responsibilities of artists are at this critical moment in American history.

For over 86 years, the Apollo has served as an incubator for social and civic advocacy in Harlem, and the Black community-at-large. This conversation extends the non-profit Theater’s commitment to using its internationally renowned stage to amplify Black voices and stimulate timely conversations on race and social justice.

To RSVP for the program, visit this link.

Multiplatinum recording artist, composer, activist, and philanthropist John Legend has been an outspoken champion of civil and human rights. Throughout his life, Legend has been deeply committed to philanthropic efforts, launching several organizations, including the Show Me Campaign, an organization that works to break the cycle of poverty through education. His nonprofit Free America funds formerly incarcerated entrepreneurs through a program called Unlocked Futures offering a 16-month accelerator.

When 70 million individuals across the country have a criminal record, mass incarceration can only be categorized as an epidemic due to decades of misguided policies and practices. Legend also serves on the board of the Harlem Village Academies, a progressive K-12 charter school network.

Founded by John Legend in 2014, FREEAMERICA is a campaign to transform America’s criminal justice system. When 70 million individuals across the country have a criminal record, mass incarceration can only be categorized as an epidemic due to decades of misguided policies and practices. Legend also serves on the board of the Harlem Village Academies, a progressive K-12 charter school network.

Scholar, writer, and activist, Salamishah Tillet is the Henry Rutgers Professor of African-American and African Studies and Creative Writing at Rutgers University–Newark and a contributing critic-at-large at The New York Times.

The program is part of the Apollo’s Fall all-digital season, streaming free of charge on the Apollo Digital Stage. As a non-profit organization, the Apollo depends on the generous funding from donors, foundations, and the community-at-large. Please consider donating to the Apollo Theater in support of these free virtual programs. To do so, please visit https://www.apollotheater.org/donate.

Legend joined “The Voice” for Season 16 (2019) and is currently a coach on Season 19. John is a partner in Get Lifted Film Co., serving as an Executive Producer for “Southern Rites,” “United Skates,” WGN America’s “Underground,” and films “Southside with You” and “La La Land.” As a philanthropist, Legend initiated the #FREEAMERICA campaign in 2015 to change the national conversation surrounding our country’s misguided criminal justice policies and to end mass incarceration.