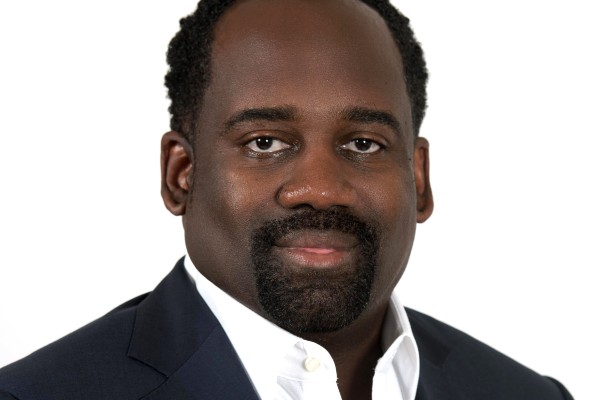 The “Outstanding Alumni Brother of the Year,” is the highest individual award that Alpha Phi Alpha can bestow upon a graduate chapter brother. The honorable two-year appointment was presented to Blackmon during the 2021 Alpha Phi Alpha Fraternity bi-annual general convention held in Indianapolis, Indiana. The awards are to boost Alpha activity and involvement, to promote outreach and service to the community, to promote cooperation and collaboration, as well as to increase and continually encourage academic excellence. To win the award, the brother must show contributions to Alpha at all levels including participation and involvement in chapter, state, district, regional, and national activities, delegate to conventions, offices held, committees served on as a member or chairman, etc.

Blackmon is the director of community-driven programs including last year’s FreshDirect Operation 5 Borough Food Drive at the height of the Covid-19 pandemic.

In March of 2020, as a direct response to the COVID-19 pandemic, FreshDirect developed and launched Operation 5-Borough Food Drive in partnership with the five New York City Borough Presidents to help solve the increase in food insecurity in New York City.

The unique collaboration allowed FreshDirect to donate and distribute over 215,000 boxes of food to New York City neighbors in need, with the Borough Presidents directing the donations to partner institutions in each of their communities.

The success of the important program led the City of New York to commit to funding the program through September 2020, allowing more New Yorkers to be served as the pandemic continued.

“Larry has spearheaded several of FreshDirect’s major community initiatives and is highly respected by local elected officials and community leaders,” said Farhan Siddiqi, Interim Chief Executive Officer, FreshDirect. “This recognition is a true testament to Larry’s steadfast dedication, hard work and leadership in the communities FreshDirect serves, especially here in the Bronx, which we call home. We are proud to congratulate our esteemed colleague on this prestigious award.”

“Congratulations to my good friend, Larry Scott Blackmon on the recent accomplishment as the 2021 – 2023 Outstanding Alumni Brother of the Year for Alpha Phi Alpha Fraternity, Inc. A true advocate for community engagement during this exquisite transformative period The Bronx is undergoing. During the peak of the pandemic, we stood side by side to make sure every community that was in need of food received a gracious box from FreshDirect. Well deserved,” added Bronx Borough President Ruben Diaz Jr.

The Alpha Phi Alpha Fraternity Outstanding Alumni Brother of the Year Award is a highly significant and highly competitive adjudicated competition within the general organization. Members compete having distinguished themselves as Regional Outstanding Alumni Brother of the Year for the highly coveted award. Among the criteria considered, emphasis is placed on the contributions that a member makes to the fraternity at all levels.

“The competition is fierce and internationally inclusive as well. In light of these considerations, congratulations are definitely due and well earned by Brother Larry Blackmon, Jr. We are proud to see him represent the ‘Best of Us’,” said Dr. Willis L. Lonzer, III – General President, Alpha Phi Alpha Fraternity, Inc.

Blackmon is an alum of the Coro Leadership New York program and a member of the Alpha Phi Alpha National Honor Society. He is a member of Alpha Phi Alpha Fraternity Incorporated, is a past President of the Harlem Chapter and currently serves as first Vice President of its statewide organization, the New York Association of Chapters of Alpha, where Blackmon is responsible for the continued training of all Alpha members in the state.

FreshDirect is a leading online fresh food grocer, delivering directly to customers throughout seven states, including the New York and Philadelphia metropolitan areas, and the District of Columbia.

FreshDirect is committed to sourcing the freshest and best-tasting meat, fish, produce, and specialty items through direct relationships with suppliers, growers, and farmers.

Launched in 2002 and headquartered in The Bronx, NY, FreshDirect was acquired by Ahold Delhaize and Centerbridge Partners in January 2021. For more information, visit www.freshdirect.com.

Alpha Phi Alpha Fraternity, Incorporated, the first intercollegiate Greek-letter fraternity established for African American Men, was founded on December 4, 1906 at Cornell University in Ithaca, New York by seven college men who recognized the need for a strong bond of brotherhood among African descendants in this country.