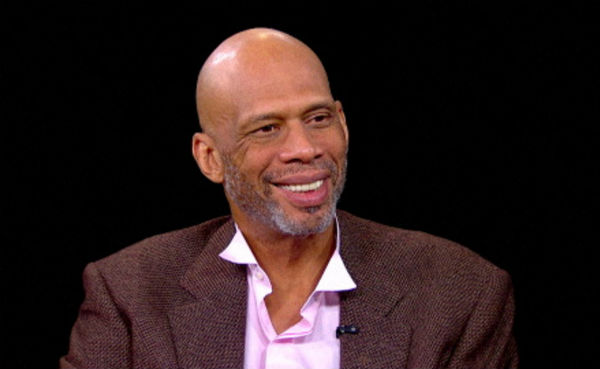 Harlem resident Kareem Abdul-Jabbar is auctioning off four of his NBA championship rings, plus other memorabilia, to help kids in economically challenged schools learn about science, technology, engineering and math.

The hoops legend will be auctioning off his rings from the 1980, 1985, 1987 and 1988 championships with the Los Angeles Lakers. Other items include a signed basketball from his last game in 1989, several trophies, plus one he received for Most Valuable Player. The proceeds will be donated to Abdul-Jabbar’s Skyhook Foundation.

“My history. My life. And, oddly, since my life is still happening and ever-evolving, I am less personally attached to those items than I am to my desire to create new history for myself— and futures for others,” Abdul-Jabbar explained on his website.

“So, when it comes to choosing between storing a championship ring or trophy in a room, or providing kids with an opportunity to change their lives, the choice is pretty simple,” the message continues. “Sell it all. Looking back on what I have done with my life, instead of gazing at the sparkle of jewels or gold plating celebrating something I did a long time ago, I’d rather look into the delighted face of a child holding their first caterpillar and think about what I might be doing for their future.”

The money will also be used for Camp Skyhook, which takes kids out of school for five days and four nights to visit the Angeles National Forest in Palmdale, Calif.

“They go from auditory learning to utilizing all of their senses in the great outdoors,” the NBA great explained. “Our hope is not just to get them out of the city to commune with the outdoors, but to stimulate an interest in the sciences that might lead them to fulfilling careers.”