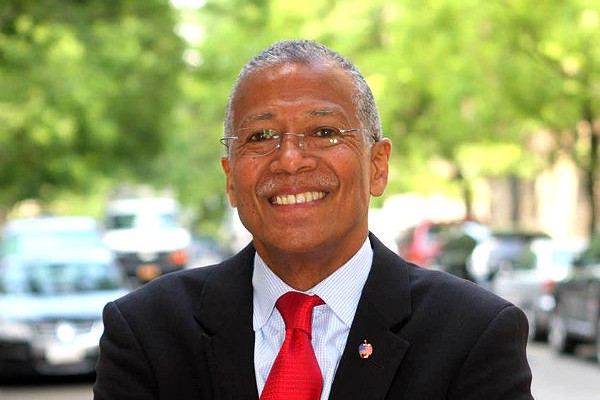 The Senate Majority will advance major legislation to address the inequity in New York schools and support diversity in our education system.

“The Senate Majority is committed to tearing down the barriers that create inequities in our school systems,” Senate Majority Leader Andrea Stewart-Cousins said. “This legislation package continues those efforts through advancing programs to attract diverse educators, strengthening the community of underrepresented educators, and establishing a task force to study educator diversity. We know that our children learn better when they see themselves in their teachers. I thank the bill sponsors and advocates who have worked hard to address these issues.”

Senate Chair of the Committee on Education, Senator Shelley Mayer, said, “We know that education works best when it acknowledges and reflects the diversity of our students and our communities, and when key structural inequities within education are addressed by change in law and policy. This package of legislation reflects our commitment to educating all New Yorkers from Pre-K through college. I am pleased to support legislation that ensures underrepresented candidates have the resources they need to enter the teaching profession and the support & networking opportunities to succeed once they are in. Additionally, I commend legislation included in this package to study college affordability, allow SUNY & CUNY students to observe religious holidays without being penalized, and push ahead efforts to improve curricula regarding the experience and contributions of African-Americans to our nation and our state. The Senate Majority Conference is committed to addressing the longstanding structural inequities that perpetuate racial disparities in our state.”

Senate Chair of the Committee on Higher Education, Senator Toby Ann Stavisky, said, “New York prides itself on being one of the most ethnically diverse states in the country. It is our different cultures, backgrounds and ethnicities that help enrich our shared experiences. This legislation will help ensure that all of our student populations are well represented in our schools from pre-K through college. By fostering a more diverse teaching community, and creating a more inclusive learning environment, we can help shape a stronger, more unified New York for generations to come.”

Senate Chair of the New York City Education Committee and Bill Sponsor, Senator John Liu, said, “While there is a stark lack of diversity among the ranks of New York’s teachers, ‘Grow Your Own’ programs help address teacher shortages and remove barriers for people of color who want to teach.  This bill will help school districts in New York develop ‘Grow Your Own’ initiatives to increase the number of teachers from diverse communities. Promoting diversity can create an environment that cultivates better ideas and brighter futures for all. In order to progress as a society we must do all we can to update systems that have for far too long neglected to be truly representative of our population.”

The legislation advanced by the Senate Democratic Majority includes:

Bill Sponsor, Senator Jamaal Bailey, said, “Access to quality education is necessary throughout our state. Our SUNY system is considered one of the best higher education institutions, but there can always be room for improvement. Currently, most of our SUNY schools participate in the Educational Opportunity Program (EOP), except for ten schools. It is imperative to ensure that although these ten schools do not participate in the EOP, there is still a significant level of access similar to those schools that do participate in the program. I am proud to have drafted a piece of legislation that will establish a temporary State commission to study the ten SUNY community colleges that do not participate in the EOP. This bill will allow us to examine whether legislative action is necessary in order to address any underlying issues that may be found. I would like to thank Majority Leader Andrea Stewart- Cousins, Education Committee Chair Senator Shelley Mayer, and my fellow colleagues who sponsored legislation included in this package.”

Bill Sponsor, Senator Jabari Brisport, said, “I am proud to sponsor this bill, originated by my predecessor, Sen. Montgomery, because true racial equity in our schools cannot happen without a diverse pool of educators. We know that having a teacher who looks like them can have a big impact on educational outcomes for Black and Brown students, and they each deserve that opportunity. We must proactively seek out strategies to open the door for more people of color to become teachers and to be supported once they do.”

Bill Sponsor, Senator Robert Jackson, said, “I’m proud to sponsor two bills we passed this week—the first days of Black History Month—that deal with racial justice in education. Being a teacher from an underrepresented racial or ethnic group can be very isolating and make it hard to do your job well. By directing NYSED to hold an annual convention for underrepresented teachers, we are directing resources to improving the support networks for these teachers so they can provide even better education to the diverse children of New York State. I am also glad to sponsor legislation concerning the Amistad Commission that’s charged with reviewing state curriculum regarding chattel slavery. As we approach the 500-year anniversary of the 1521 Monte Alegre rebellion in Santo Domingo—the first historically recorded rebellion of Black people in the Americas—it makes sense to reevaluate the work of the Amistad Commission by placing it under the purview of NYSED. With the passage of this bill, we can continue the crucial work of educating our young people about the history of chattel slavery and the legacy of white supremacy in this country.”