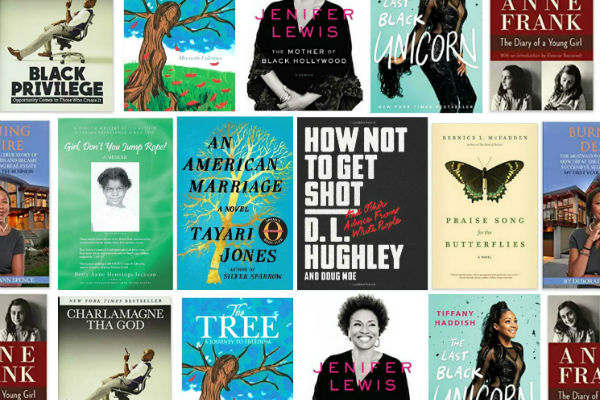 From complicated marriages, to race, to dark comedy that will slot perfectly into a tote bag, here are the 10 books to put on your summer reading list. 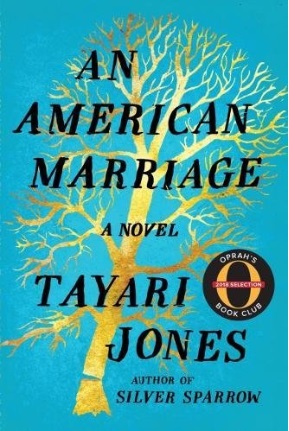 1. An American Marriage  by Tayari

Newlyweds Celestial and Roy are the embodiment of both the American Dream and the New South. He is a young executive, and she is an artist on the brink of an exciting career. But as they settle into the routine of their life together, they are ripped apart by circumstances neither could have imagined. Roy is arrested and sentenced to twelve years for a crime Celestial knows he didn’t commit. Though fiercely independent, Celestial finds herself bereft and unmoored, taking comfort in Andre, her childhood friend, and best man at their wedding. As Roy’s time in prison passes, she is unable to hold on to the love that has been her center. After five years, Roy’s conviction is suddenly overturned, and he returns to Atlanta ready to resume their life together. 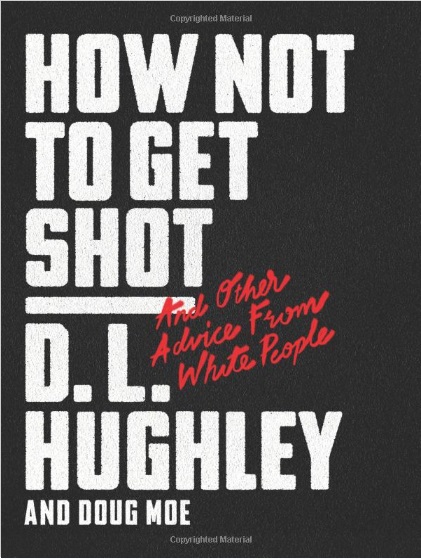 200 years ago, white people told black folks, “‘I suggest you pick the cotton if you don’t like getting whipped.” Today, it’s “comply with police orders if you don’t want to get shot.” Now legendary comedian/activist D. L. Hughley confronts and remixes white people’s “advice” in this “hilarious examination of the current state of race relations in the United States” (Publishers Weekly).

In America, a black man is three times more likely to be killed in encounters with police than a white guy. If only he had complied with the cop, he might be alive today, pundits say in the aftermath of the latest shooting of an unarmed black man. Or, Maybe he shouldn’t have worn that hoodie … or, moved moreslowly … not been out so late … Wait, why are black people allowed to drive, anyway?

This isn’t a new phenomenon. White people have been giving “advice” to black folks for as long as anyone can remember, telling them how to pick cotton, where to sit on a bus, what neighborhood to live in, when they can vote, and how to wear our pants. Despite centuries of whites’ advice, it seems black people still aren’t listening, and the results are tragic. 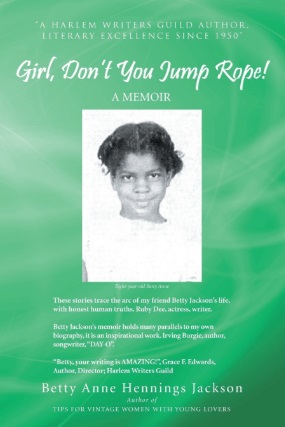 The life experiences revealed in GIRL, DON’T YOU JUMP ROPE! make this memoir by Betty Anne Jackson, truly engrossing. There were no signs that read “colored” or “white” yet everyone knew where the boundaries were in 40’s and 50’s Chicago. And, being ‘colored’ meant there was no way to escape the limits that segregation imposed on one’s life. The author describes attending a ghetto school, as well as encountering a hostile experience at university level, and then a cross-burning on the lawn of the vacation home she and her husband shared with friends. With humor, she paints a heartfelt portrait of the contrasts between the tree-lined neighborhood of her very early years and the harsh realities of how ghetto living can engulf the human spirit. Betty Anne had no choice other than to grow up in one of the earliest housing projects on the south side of Chicago, but she always struggled to be FROM the project . . . not OF the project! This is the story of that struggle. 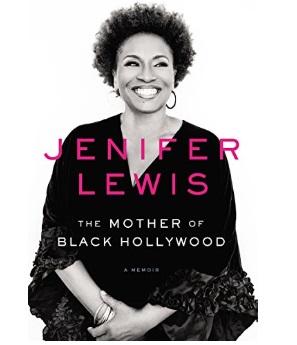 4. The Mother of Black Hollywood: A Memoir by Jennifer Lewis

From her more than three hundred appearances for film and television, stage and cabaret, performing comedy or drama, as an unforgettable lead or a scene stealing supporting character, Jenifer Lewis has established herself as one of the most respected, admired, talented, and versatile entertainers working today.

This “Mega Diva” and costar of the hit sitcom black-ish bares her soul in this touching and poignant—and at times side-splittingly hilarious—memoir of a Midwestern girl with a dream, whose journey took her from poverty to the big screen, and along the way earned her many accolades.

With candor and warmth, Jenifer Lewis reveals the heart of a woman who lives life to the fullest. This multitalented “force of nature” landed her first Broadway role within eleven days of her graduation from college and later earned the title “Reigning Queen of High-Camp Cabaret.” 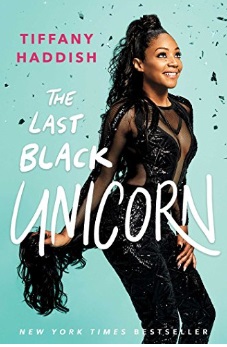 From stand-up comedian, actress, and breakout star of Girls Trip, Tiffany Haddish, comes The Last Black Unicorn, a sidesplitting, hysterical, edgy, and unflinching collection of (extremely) personal essays, as fearless as the author herself.

Growing up in one of the poorest neighborhoods of South Central Los Angeles, Tiffany learned to survive by making people laugh. If she could do that, then her classmates would let her copy their homework, the other foster kids she lived with wouldn’t beat her up, and she might even get a boyfriend. Or at least she could make enough money—as the paid school mascot and in-demand Bar Mitzvah hype woman—to get her hair and nails done, so then she might get a boyfriend. 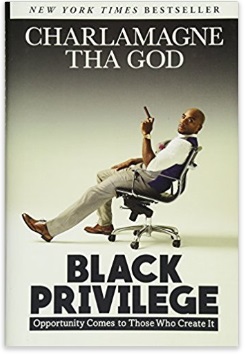 6. Black Privilege: Opportunity Comes to Those Who Create It by Charlemagne Tha God

Charlamagne Tha God—the self-proclaimed “Prince of Pissing People Off,” co-host of Power 105.1’sThe Breakfast Club, and “hip-hop’s Howard Stern”—shares his unlikely success story as well as how embracing one’s truths is a fundamental key to success and happiness.

In his new book, Charlamagne Tha God presents his comic, often controversial, and always brutally honest insights on how living an authentic life is the quickest path to success. Beginning with his journey from the small town of Moncks Corner, South Carolina to his headline grabbing interviews with celebrities like Justin Bieber, Jay-Z, Nicki Minaj, Kanye West, and Hillary Clinton, he shares how he turned his troubled early life around by owning his (many) mistakes and refusing to give up on his dreams, even after his controversial opinions got him fired from several on-air jobs. Combining his own story with bold advice and his signature commitment to honesty at all costs, Charlamagne hopes this book will give others the confidence to live their own truths. 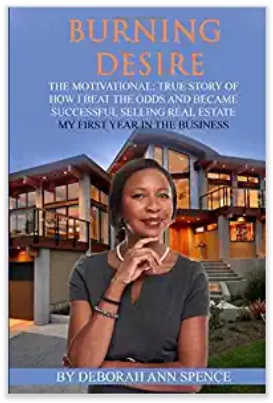 Deborah Ann Spence listed over 60 homes her first year in Real Estate by cold calling expired listings and for sale by owners (FSBOs). In 2016 Deborah won Rookie of the Year, Top Units Listed, Top Units Sold, Top Combined Units Sold in her sales region in the suburbs of Philadelphia, Pa. This type of success from a rookie agent without any formal sales training is unheard of in the industry. Deborah shares her story of what motivated her to stay the course and survive her first year in real estate sales and to ultimately come out on top. This is a true story of how one woman turned tragedy into triumph and hardship into success. In Burning Desire, Deborah will share with you the tools needed for success and the activities that, as a new agent or newer agent, should be your primary focus. After reading this book, you too will be inspired and motivated to reach the top level of your field in real estate, mortgages, finance, investments, or whatever you choose to do. This is an opportunity for you to change your life, it was for Deborah, and it will be for you as well. Purchase your copy today, do not wait. As they say in real estate, time is of the essence. 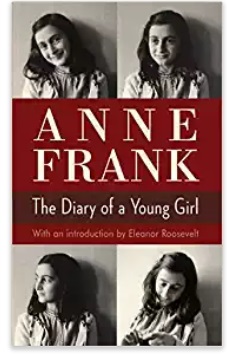 8. The Diary of a Young Girl by Anne Frank

In 1942, with the Nazis occupying Holland, a thirteen-year-old Jewish girl and her family fled their home in Amsterdam and went into hiding. For the next two years, until their whereabouts were betrayed to the Gestapo, the Franks and another family lived cloistered in the “Secret Annexe” of an old office building. Cut off from the outside world, they faced hunger, boredom, the constant cruelties of living in confined quarters, and the ever-present threat of discovery and death. In her diary Anne Frank recorded vivid impressions of her experiences during this period. By turns thoughtful, moving, and surprisingly humorous, her account offers a fascinating commentary on human courage and frailty and a compelling self-portrait of a sensitive and spirited young woman whose promise was tragically cut short. 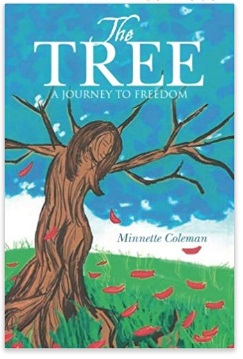 9. The Tree A Journey to Freedom by Minnette Coleman

Her entire life Epsie has heard whispers about the Tree. When she can longer tolerate her own devastation and her friends’ suffering, she leaves in the night, knowing that her only chance for salvation is the Tree, the Underground Railroad, and the Quakers that man it. If a running-away can reach the Tree’s safety, he or she can escape the dangerous slave patrols.

The legend of the Tree circulating throughout the slave community is one that few dare speak of. In hushed voices they whisper that no slave can be harmed near it or hung from its branches.

A harrowing historical fiction, Epsie’s journey from slave to free woman reveals the lengths one has to traverse when the goal is freedom. 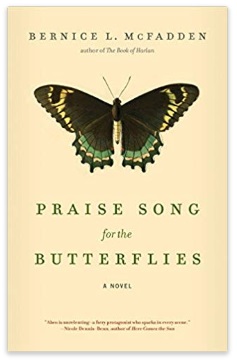 Abeo Kata lives a comfortable, happy life in West Africa as the privileged nine-year-old daughter of a government employee and stay-at-home mother. But when the Katas’ idyllic lifestyle takes a turn for the worse, Abeo’s father, following his mother’s advice, places the girl in a religious shrine, hoping that the sacrifice of his daughter will serve as atonement for the crimes of his ancestors. Unspeakable acts befall Abeo for the fifteen years she is held in the shrine. When she is finally rescued, broken and battered, she must struggle to overcome her past, endure the revelation of family secrets, and learn to trust and love again.

In the tradition of Chris Cleave’s Little Bee, this novel is a contemporary story that offers an eye-opening account of the practice of ritual servitude in West Africa. Spanning decades and two continents, Praise Song for the Butterflies will break your heart and then heal it.

Eartha Watts Hicks is editor-in-chief of Harlem World Magazine, a member of The Harlem Writers Guild, author of Love Changes, and publisher of Earthatone Books, including A Planner Is A Girl’s Best Friend. www.earthatone.com. Connect @Earthatone.

Have any we missed that you suggest?