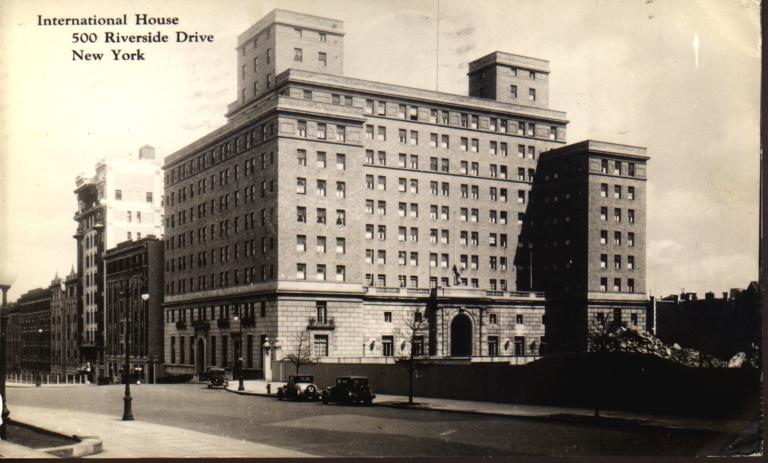 The I-House residential community typically consists of 700+ students and scholars from over 100 countries annually, with about one-third of those coming from the United States.

The residential experience includes programming designed to promote mutual respect, friendship, and leadership skills across cultures and fields of study.

The original entrance to International House is inscribed with the motto written by John D. Rockefeller Jr.: “That Brotherhood May Prevail”; the piazza (The Abby O’Neill Patio) of its entrance opens onto Sakura Park, the site of Japan’s original gift of cherry trees to New York City in 1912.

The 500 Riverside Drive building, designed in the Italianite style by architects Louis E. Jallade and Marc Eidlitz and Sons, was built in 1924 and was listed on the U.S. National Register of Historic Places as International House in 1999.

The initial impetus for forming I-House occurred when, after a chance encounter with a lone graduate student from China on the steps of Columbia University in 1909, YMCA official Harry Edmonds began efforts to obtain funding to establish the House in order to foster relationships between students from different countries.

International House opened its doors in 1924 with funding from John D. Rockefeller Jr. (who later funded identical houses at the University of Chicago and the University of California at Berkeley), as well as the Cleveland Hoadley Dodge family.

Other Rockefeller family members to have served on the board of trustees include Abby Aldrich Rockefeller. John D. Rockefeller III, David and Peggy Rockefeller, David Rockefeller Jr., Abby M. O’Neill, and Peter M.O’Neill.

International House was one of the first of many international houses in a global movement to create a diverse environment for international students seeking to further their education.

The latter role has also been held by William D. Rueckert, a member of the Dodge family, whose generous gifts contributed to the development of both International House and the Columbia University Teachers College. 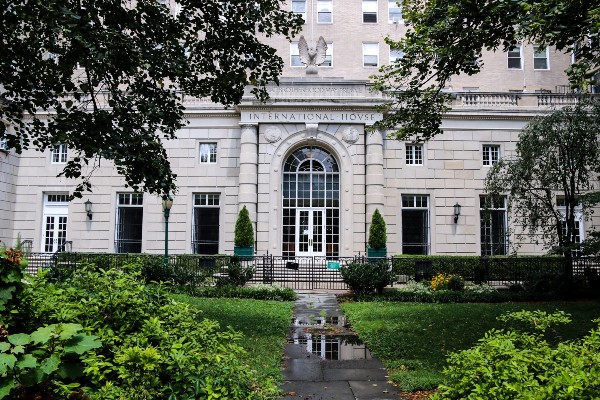 In May 2021, Sebastian Fries became President & CEO of International House, succeeding Brian Polovoy, a former partner with the law firm Shearman & Sterling and a Board member of 11 years, who was appointed Interim President from October 2020-April 2021.

The previous president was Calvin Sims, a former Program Officer at The Ford Foundation and foreign correspondent for The New York Times.

Find out more information at http://www.ihouse-nyc.org