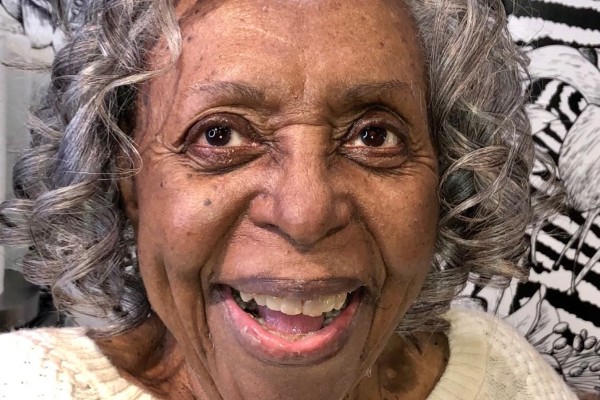 On Saturday, April 10, 2021, Ms. Alvis Rogers will celebrate her 102nd birthday with family and friends in New York City.

Born April 14, 1919, in Mississippi, she is the oldest of six siblings; two of whom are still living in Detroit where Ms. Rogers grew up.

When Ms. Rogers was a toddler, her Dad, learning he might be lynched in Mississippi, dressed up as a woman and fled to Detroit leaving behind his pregnant wife and their 2-year old toddler.

Riding the “segregated” train from Mississippi to Detroit with two young children was not easy for Alvis’ mom.

Seating in the “colored section” offered no luggage racks so suitcases had to be crammed under your seat, the bathroom was small with little or no toilet paper and soap and, of course, there was no food or water.

Further, Alvis’ mom could not buy a one-way ticket straight through from Mississippi to Detroit but rather had to buy a ticket at each train stop; at each stop, she was forced off the train with her two young children, her suitcases, her purse, her bags of food and water and a diaper bag.

Oftentimes she would have to wait several hours for the next train.

But, life in Detroit was fairly good for Alvis and her family. Upon graduation from high school, her Dad encouraged her to take a job at Ford Motor Company but after a few months, she realized a factory job was not the career for her so she quit and traveled alone to New York where she has enjoyed a wonderful life for 80 years.

Full of adventure; almost immediately upon her arrival in the “big city”, Alvis found both employment as a bookkeeper and an apartment in Harlem – she was and still is fearless and fiercely independent.

Throughout her career as a bookkeeper, she held only two jobs — she will tell you, back in the day there were no calculators or computers, only trusty manual adding machines. She continues to stay in touch with her last employer.

Ms. Rogers loves New York City – the energy, the culture, the vibrancy. Indeed, she takes full advantage of all the City has to offer racing around town in her private limousine (Access-A-Ride).

On any given day you might find her at Trader Joe’s wine store or at some of her favorite boutiques. Of course, she never misses her standing appointment at the hair salon – she is quite stylish, always beautifully groomed.

Alvis declares there is no other place she could live the independent life she enjoys and at 102-years young has no plans to leave her beloved New York. She is healthy and more than capable of taking care of herself. 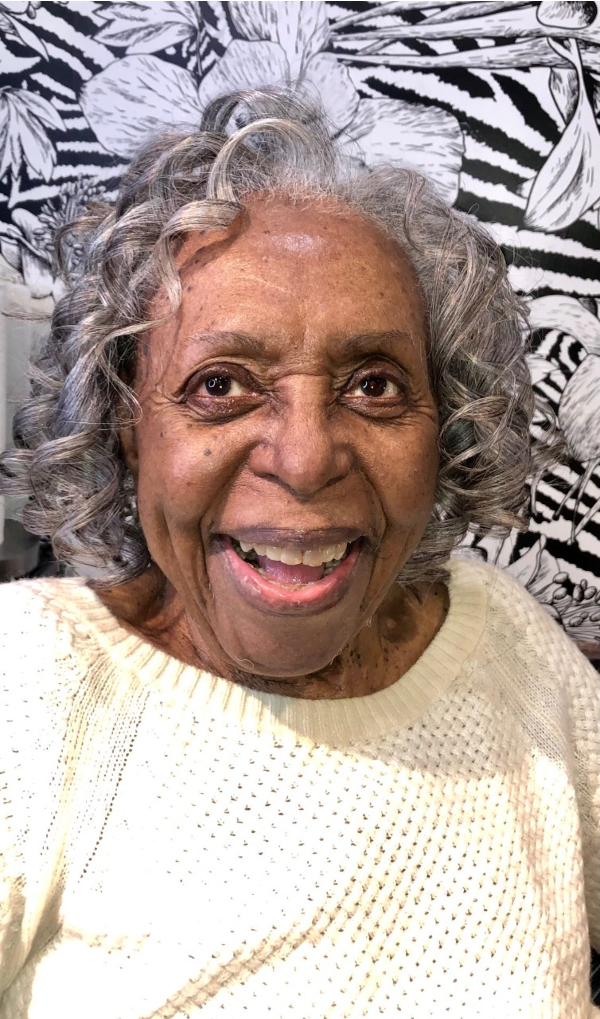 She lives alone, takes care of all her personal, medical, and financial needs, takes no medication, is an avid reader, including on her tablet, stays up on current events, enjoys a good margarita, loves dining out, and delights in entertaining friends in her home.

During her lifetime, Ms. Rogers has been identified as “colored”, “black” and now “African American.” When asked about these titles she quoted Zora Neale Hurston “…the world is to the strong regardless of a little pigmentation more of less.”

Ms. Rogers is delightfully vibrant, strong, proud-spirited and healthy who brings so much joy to all who knowledge and love her.

Like Sadie Delaney (“Having Our Say”); Ms. Rogers’ motto is “life is short, it’s up to you to make it sweet”.