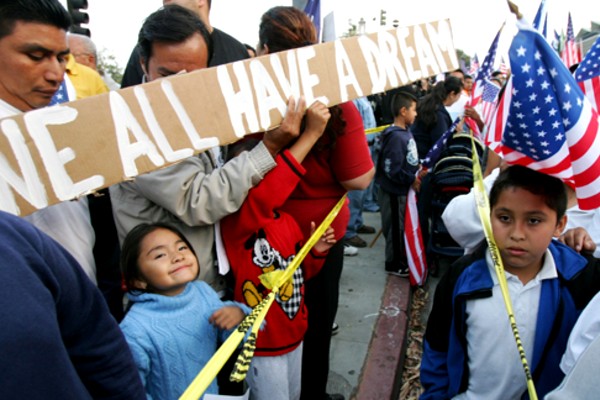 The Homeland Security Improvement Act to addresses our nation’s immigration challenges at the southwest border in a responsible and humane manner by ensuring accountability, transparency, and oversight.

“There is a lot at stake at this critical juncture of our efforts to repair our nation’s immigration system, and the Homeland Security Improvement Act will help in our efforts to increase transparency, accountability, and community engagement while providing independent oversight of border security activities and ensuring adequate training for agents and officers of CBP and ICE,” said Congressman Espaillat. “It remains critical that we continue our efforts to reestablish procedures that protect immigrant rights and uphold the values of our nation to ensure immigrants and their families are entitled to respect for their humanity and to the full rights guaranteed to them under the law. I am proud to stand with Congresswoman Escobar and our colleagues today to re-introduce this vital piece of legislation that will help protect immigrant rights and hold agents accountable.”

“El Paso, our nation’s modern-day Ellis Island, was the epicenter of the humanitarian chaos created by the Trump administration and exacerbated by the lack of accountability and transparency within the Department of Homeland Security,” said Congresswoman Escobar. “As Congress and President Biden work to modernize our immigration system and right the wrongs of the past, we must continue our efforts to ensure the Department of Homeland Security has the accountability and oversight the agency so desperately needs. This is part of my ongoing effort to reform a system that has failed our agents, officers, border and immigrant communities, and the vulnerable souls arriving at our nation’s front door.”

“I am proud to co-lead the Homeland Security Improvement Act, which will ensure the Department of Homeland Security provides for safer border enforcement policies and strategies that safeguard border communities, migrants and their families, and agents and officers,” said Congresswoman Sylvia Garcia (TX-29). “I commend Congresswoman Escobar and our colleagues for their leadership in re-introducing this critical legislation that addresses immigration policy in a humane and dignified manner.”

H.R. 3557, the Homeland Security Improvement Act is supported by the Border Network for Human Rights (BNHR) and the American Civil Liberties Union (ACLU).

“The Homeland Security Improvement Act would provide many critical overhauls to immigration enforcement at the U.S. border, which are long overdue. Border communities have advocated for these changes for years, including annual reviews of ICE and CBP training protocols, body camera requirements, and the creation of an independent and neutral Border Oversight Panel,” said Fernando García, Executive Director of BNHR. “Federal immigration officers and agencies are accountable to the people, and American values and human rights must be reflected in our nation’s policies and practices. The reintroduction of this legislation is one of the first steps to building the New Ellis Island at our southern border, and we support Congresswoman Escobar’s efforts to bring oversight and accountability to border enforcement. We urge Congress to act in the best interest of our communities, economy, and nation as a whole and pass this bill.”

“For decades, ICE and CBP have engaged in relentless and repeated civil rights violations of immigrant communities, while openly defying attempts at reform. While much more must be done to reign in these notoriously abusive immigration agencies, the Homeland Security Improvement Act represents a step forward in the ongoing fight to hold them accountable,” said Shaw Drake, Staff Attorney and Policy Counsel for Border and Immigrants’ Rights at the ACLU of Texas. “Specifically, the bill includes provisions to increase border community engagement, require the collection of data on agency actions, strengthen Congressional oversight, and establish an ombudsman office – all of which are welcome and long-overdue moves to help hold these rogue agencies accountable for the harm and trauma they inflict. We look forward to working with Congresswoman Escobar and other congressional leaders to strengthen the bill as it moves towards passage, including by enhancing safeguards against abuse and measures to hold officers accountable for misconduct.”

The bill text is available here.