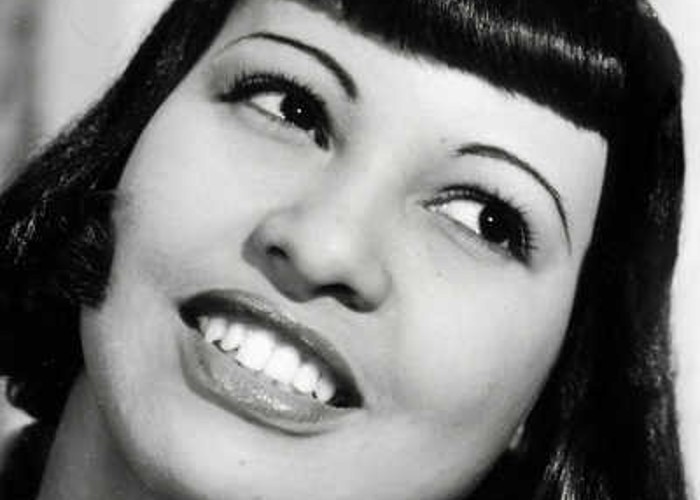 Born in Harlem, Harris parents were Sam, a boxer and customs inspector; Her mother Mary Harris (née Walker) worked as a maid.

Harris’ family is noted as one of the first families to have migrated to Harlem.

Settling near the Lafayette Theater, Harris was convinced into pursuing a career in show business by Ethel Waters and Maud Russell who were frequent visitors to her family home.

After being coached on her singing and dancing by Waters and Russell, Harris began performing in the Theater Owners Booking Association (TOBA).

An African-American vaudeville circuit, Harris performed with TOBA from 1929 until 1933.

During the summer after her sophomore year of high school, Harris worked at the Alhambra Theater in Harlem, NY, doing dramatic sketches with a stock company.

During this period, Harris received excellent training in diction and stage delivery through her association with veteran performers.

Harris was also an excellent swimmer in high school, and in 1928 she entered the New York Daily News’ Swimming Meet and won a championship.

Harris was a leading lady in Spirit of Youth (1938), the story of the rise of boxer Joe Thomas, which paralleled the life of Joe Louis.

Her film credits also include such Hollywood films as Bullets or Ballots (1936), Private Number (1936), and Garden of Allah (1936), and the independent film Paradise in Harlem in 1939.

Between picture commitments, she toured with Noble Sissle’s Orchestra as a featured vocalist along with Lena Horne and Billy Banks.

In 1942, she played fourteen weeks at the old Elks’ Rendezvous as the mistress of ceremonies and announced a weekly radio show over station WMCA in New York City.

She also did character dialect parts on many broadcasts for the Columbia Workshop Program.

Edna Mae Harris got to tell her story in her later years in the documentary, Midnight Ramble (1994), about independently produced black films.