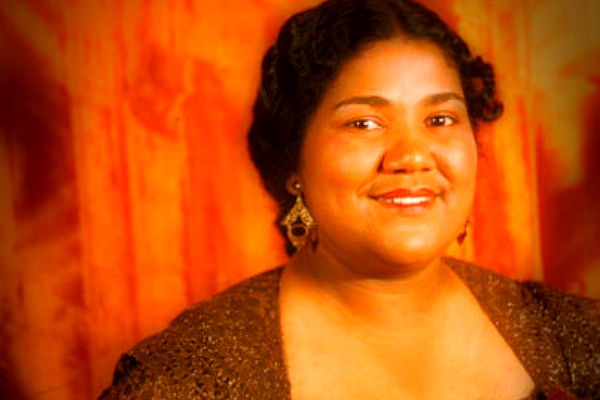 Dorothy Maynor, September 3, 1910 – February 19, 1996, was an American soprano, concert singer, and the founder of the Harlem School of the Arts.

Maynor was born Dorothy Leigh Mainor in 1910 in the town of Norfolk, Virginia to the Reverend John J. Mainor, a local African-American Methodist minister, and his wife Alice (Jefferson) Mainor.

Dorothy attended Hampton Institute where she studied under Robert Nathaniel Dett. After her graduation from the Institute in 1933, she received a four-year scholarship to the Westminster Choir School in Princeton, New Jersey.

In 1939, she performed at the Berkshire Festival where she was noticed by Sergei Koussevitzky, conductor of the Boston Symphony Orchestra. Impressed by her singing, he arranged her debut at The Town Hall in New York City on 9 December 1939. 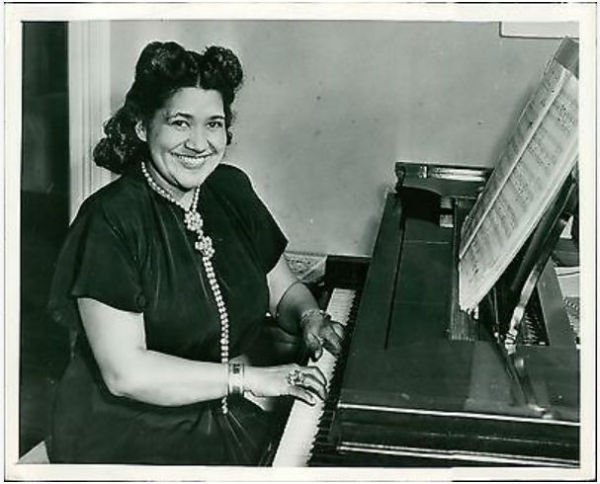 She received the Town Hall Endowment Series Award for 1940 as a result of this performance. In New York, she was taught by voice instructors William Clamroth and John Alan Haughton. Despite the fact that racism precluded her from performing in opera houses, Maynor toured extensively throughout the USA, Europe, and Latin America, performing in concert halls and frequently on the radio.

Related:  The Legendary Harlem School Of The Arts To Renovate Harlem Campus

In 1964, she founded the Harlem School of the Arts which was designed to give music education at a reduced rate to the children of Harlem. Under Maynor’s directorship, the school grew from 20 students to 1,000 by the time of her retirement in 1979.

HSA has blossomed into a thriving, extraordinary cultural institution that has served more than 50,000 students over the last 50 years, annually working with approximately 4,000 young people from across the greater New York metro area. In 1977, Maynor led a fund-raising effort to construct a new facility that yielded $2 million.

She received honorary degrees from several universities including Westminster Choir College, Oberlin College, The Hartt School of Music (University of Hartford), and two degrees from Howard University. In 1975, she became the first African-American on the Board of Directors of the Metropolitan Opera.

Bare Nose reports that the soprano’s vocal ability was described as:

The voice itself was rare and special enough for history to have been more generous. It was marked by warmth and soul-stirring richness, with bell-like clarity in the upper range, and enhanced by a rare ability to float out a weightless mezza voce. Maynor exploited the device so well, especially in “Depuis le jour” from Louise, that her renderings of the aria still set the standard by which others are judged.

Her diminutive size and lack of significant management have been suggested as two reasons why Dorothy Maynor did not enjoy the same sustained notoriety as her contemporary, contralto Marian Anderson. However, author Rosalyn Story noted:

But one must look to Maynor herself, her belief and resolve, for the final answers. Friends who recall the Maynor of the 1940s say she was domestic at heart, lacking the drive that propels great careers–more interested in husband, home, church and children than in international fame. [Todd] Duncan remembers her as strong-willed yet introverted, devoid of single-minded career obsession. “There was not the deep, climb-any-mountain kind of commitment that Anderson had,” he says. “Marian Anderson needed to sing the way most people need to drink water.”

A recourse writes that the recipient of honorary degrees from Bennett College, Howard University, Duquesne University, Oberlin College, and Carnegie Mellon University, Dorothy Maynor was in 1975 invited to join the board of the Metropolitan Opera, becoming the first African-American so honored. She died of pneumonia in February 1996, at the age of 85.

In 1942, she married Reverend Shelby Rooks, the pastor of Harlem’s St. James Presbyterian Church where the Harlem School of the Arts was originally located. After her retirement from the School, Maynor moved to Kennett Square, Pennsylvania with her husband.