Harlem’s Curtis Knight And The Squires, The Band That Inspired Jimi Hendrix (Video) 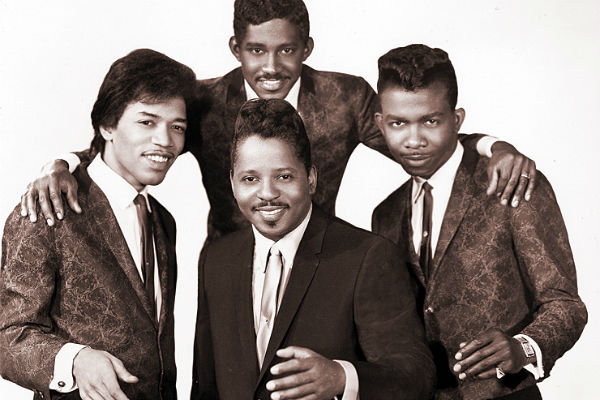 Curtis Knight and the Squires were a Harlem, New York band that was fronted by singer and guitarist Curtis Knight in the mid-1960s.

Both Jimi Hendrix and sax player Lonnie Youngblood were members for a while.

The band is referred to as a workaday party R&B band by Billboard. The line up of the group wasn’t always with the same musicians. Sax player Lonnie Youngblood had been a member. The line up pictured on the cover of the You Can’t Use My Name: The RSVP/PPX Sessions album features Curtis Knight, Jimi Hendrix, Marion Booker, and Ace Hall.

At some stage in 1964, Hendrix met Knight in the lobby of a Harlem residential hotel and they hit it off. Hendrix became a member of the band Curtis Knight and the Squires in October the following year. While with the band, Hendrix signed a contract with the owner of PPX Studios, Ed Chaplin for just one dollar. This would later cause major problems for Hendrix. He finally left The Squires on May 20, 1966.

In September 1966, “Hornet’s Nest” by “Knock Yourself Out” was released on the RSVP label, RSVP 1124. Hendrix co-composed them with Jerry Simon. The two songs on the single are representative of Hendrix’s first compositions to be on a recorded release.

In 2000, the UK label Jungle records released the album Jimi Hendrix With Curtis Knight & The Squires – Knock Yourself Out: The 1965 Studio Sessions which in addition to the 10 studio tracks included 5 bonus live tracks.

In 2015, the album You Can’t Use My Name: The RSVP/PPX Sessions was released. It featured recordings Hendrix made with the group around 1965. The album features “Hornets Nest”, “No Such Animal”, and “Knock Yourself Out”. It also features a song called “How Would You Feel”, which has a strong resemblance to Bob Dylan’s “Like A Rolling Stone”, which also happens to be a black rock protest song.